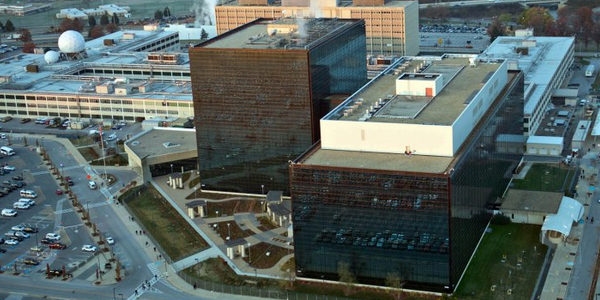 The driver of an SUV attempted to ram a gate at the headquarters of the National Security Agency at Fort Meade, Maryland, on Monday.

Two people were injured in the incident, which the NSA is investigating, Chad Jones, a spokesman at Fort Meade, told The Associated Press.

CBS Baltimore reports that shots were fired following the incident at the gate, which occurred around 9:00 a.m. Monday morning.

A guard reportedly got into an altercation with two men disguised as women who were trying to enter the facility Monday morning, NBC News reports. Gunfire was exchanged, and it is believed that the guard shot one, or both, of the men. The condition of the men is not known at this time. At least one gun and drugs were found in the stolen Ford Escape the men were riding in.

NSA police are leading the investigation. 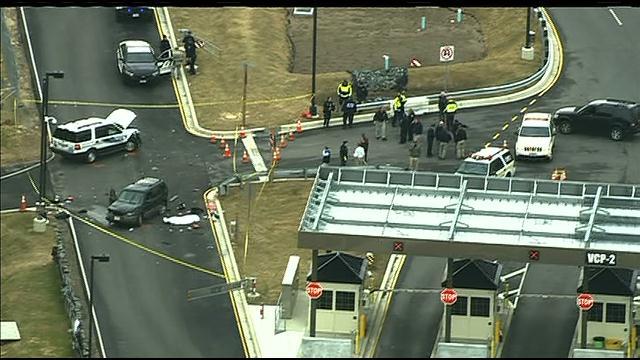 Aerial footage shows NSA police and emergency responders on the scene, and at least one injured uniformed man was loaded into an ambulance. Police presence on the scene remains heavy.
source: huffingtonpost.com By Andres Jauregu