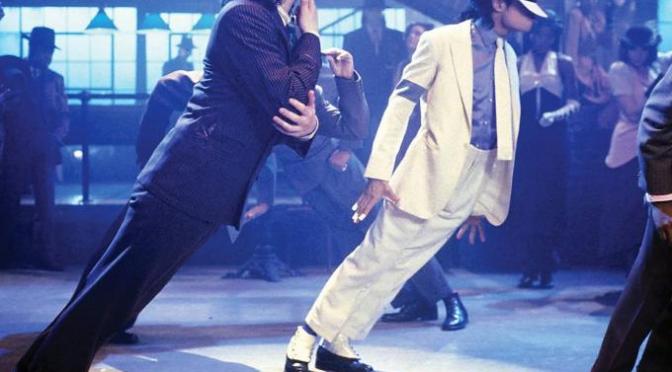 Michael Jackson’s dance moves are unparalleled, but did you know that he got a little help from his kicks in the mid-’90s?

His iconic, gravity-defying lean was first seen in the 1987 video for Smooth Criminal and directors pulled this off through the use of wires and special effects. But the King of Pop wanted to take the trick on the road so he linked up with two inventors to develop a shoe that would allow him to recreate the dance on stage.

The shoe was to be affixed with a specially designed heel peg that would protrude and connect to the stage, allowing Jacko to shift his center of balance and perform the now-iconic lean.

The patent was awarded in 1993 and MJ took them on tour almost immediately. But during a 1996 show in Moscow, the system malfunctioned causing Jackson’s heel to come loose and nearly injuring the superstar. The team went back to the drawing board, redrafting the original patent in hopes of creating a safer alternative.