She may be on the cover of the latest issue of Forbes magazine, but it took Jessica Alba a long time to feel comfortable identifying as an entrepreneur — and to stop overcompensating for the public’s misconceptions.

“People just saw me as this girl in a bikini in movies kicking butt — maybe not the brightest bulb,” she said. “It took three and a half years of condescending nods and pats on the back of ‘good luck’, or ‘go back to endorsing things or go do a perfume.’

Alba spoke of her transition from the silver screen to supermarket shelves at Forbes’ third annual Women’s Summit, a gathering of hundreds of women entrepreneurs and leaders in New York with the aim of changing the power imbalance in the business world.

As Forbes Woman publisher Moira Forbes told a packed house at Manhattan’s Chelsea Piers, Alba has overseen the growth of her nontoxic household products startup The Honest Company from $10m in revenues in 2012 to $150 million in 2014.

Alba described the impetus behind her decision to launch Honest: a rash on her arms after using a mainstream brand baby detergent during her first pregnancy seven years ago. She started considering the contents of the products under her kitchen sink for the first time.

“I read the box and I couldn’t figure it out,” she said. “I went online and researched, and figured out this particular detergent was very different in 1981 when my mother used it on me.”

Her concern with the opacity of ingredients labels was soon coupled with a knowledge of just how stagnant U.S. chemical testing legislation is. Alba was particularly frustrated with the 1976 Toxic Substances Control Act, which has allowed more than 80,000 chemicals to remain in household products untested.

Only five are regulated by the Environmental Protection Agency; just 11 are banned from consumer goods. (In Europe that figure is more than 1,300.)

“Bringing these items into our homes is such an intimate thing, to put it next to your newborn child,” she said. “My mother had cervical cancer at 23. My grandmother died of stomach cancer. I grew up with people being ill. This has got to stop. My friends in their 20s shouldn’t have a hard time getting pregnant.”

Alba also spoke of early setbacks during the The Honest Company’s launch. “We launched with a beta website that could have crashed at any minute,” she said. In the first five weeks, the company sent out its signature bundles of diapers and baby wipes without charging any credit cards. “I mean, that’s enough to put you out of business,” she joked.

She was also unapologetic about the choices she made as a Hollywood actress before launching Honest — some of the proceeds of which went towards the company’s early seed round.

“I made a lot of money in entertainment at a very young age and I saved it,” she said, describing the roles she took in her twenties as rooted in financial rather than creative decisions. “I just needed to make as much money as quickly as possible, knowing it was going to go away at some point. I was very deliberate about it.”

Alba told of a childhood spent watching her parents working three jobs each, cutting coupons, living on a budget, and fighting all the time as a result.

“They just didn’t know how they were going to keep the lights on,” she said. “I didn’t want to live like that.”

Now that The Honest Company is three years in (and valued at $1 billion), Alba is focused on the future — despite her incredible, speedy success.

“One billion feels like a small number for the opportunity of what’s possible,” she said. “For me, as a person at home with my kids? It’s crazy. It’s awesome.” 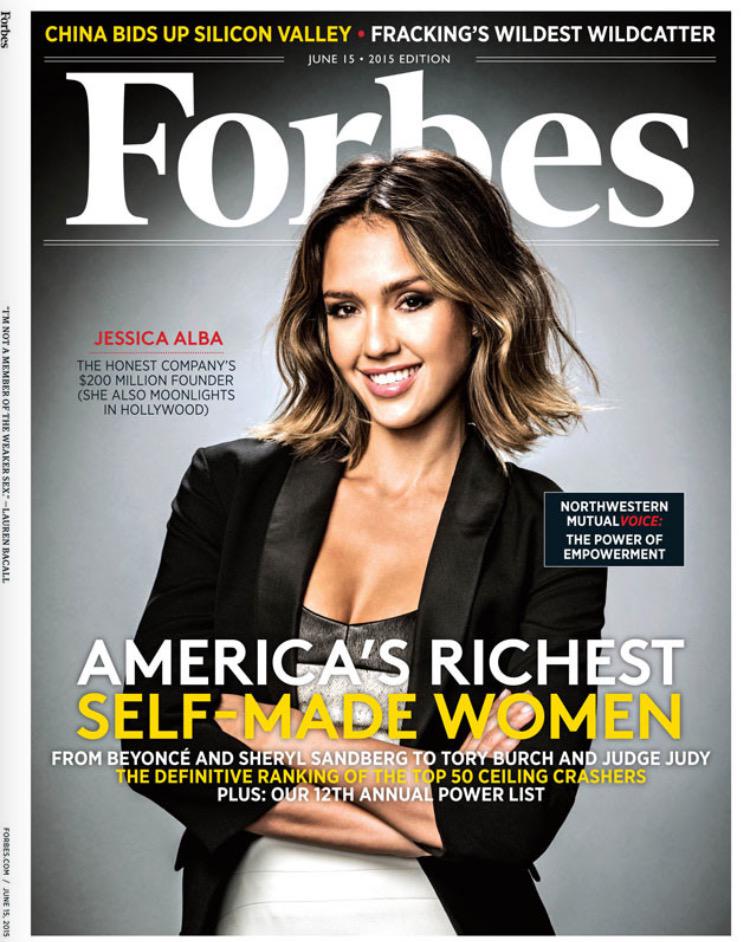