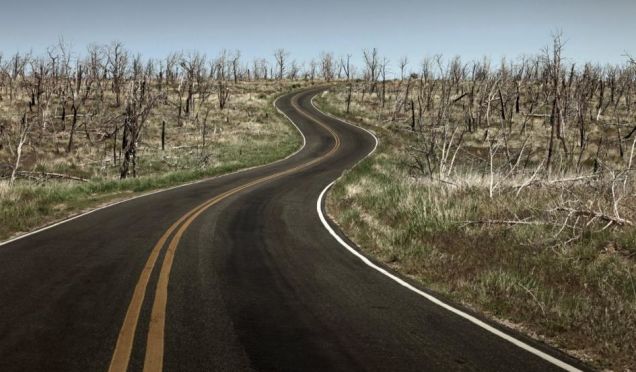 A new study suggests that thousands of species on Earth going extinct at a rate that far exceeds what’s typical. We are in the beginnings of a mass extinction, argue scientists, and it could lead to global starvation for humans — as well as many other animals.

The new study, published today in Science Advances, explains that we are suffering extremely elevated levels of species losses. It’s not an issue of a snowy owl there or a tree frog there. We’re talking about thousands upon thousands of species going extinct, which will lead to a loss of biodiversity. Without that much-needed diversity in an ecosystem, the risk is that food sources will dwindle — one frog going extinct can mean that the birds who feed on it go extinct, which means the cats that eat those birds go extinct, and so on. Before you know it, the food web has collapsed and rates of extinction go sky-high.

Write the authors of the study:

The loss of biodiversity is one of the most critical current environmental problems, threatening valuable ecosystem services and human well-being. A growing body of evidence indicates that current species extinction rates are higher than the pre-human background rate, with hundreds of anthropogenic vertebrate extinctions documented in prehistoric and historic times.

Their breakthrough in this study is to collect vast amounts of data that suggest species are going extinct at levels that exceed typical extinction rates — but also, perhaps more importantly, the loss of biodiversity is correlated with human activities. They explain:

We assess, using extremely conservative assumptions, whether human activities are causing a mass extinction. First, we use a recent estimate of a background rate of 2 mammal extinctions per 10,000 species per 100 years (that is, 2 E/MSY), which is twice as high as widely used previous estimates. We then compare this rate with the current rate of mammal and vertebrate extinctions. The latter is conservatively low because listing a species as extinct requires meeting stringent criteria. Even under our assumptions, which would tend to minimize evidence of an incipient mass extinction, the average rate of vertebrate species loss over the last century is up to 114 times higher than the background rate. Under the 2 E/MSY background rate, the number of species that have gone extinct in the last century would have taken, depending on the vertebrate taxon, between 800 and 10,000 years to disappear. These estimates reveal an exceptionally rapid loss of biodiversity over the last few centuries, indicating that a sixth mass extinction is already under way. Averting a dramatic decay of biodiversity and the subsequent loss of ecosystem services is still possible through intensified conservation efforts, but that window of opportunity is rapidly closing.

A mass extinction is technically an event where 75 percent of species on the planet go extinct in a million years or less. There have been five in the 4.5 billion year history of our planet, most recently when the majority of dinosaurs were killed off by the one-two punch of mega-volcanoes in India and a huge asteroid smashing into the Gulf of Mexico. That was 65 million years ago.

Today we’re seeing what appears to be a very rapid die-off of many species, which is sure to lead to more die-offs due to food web collapse. It’s not too late to prevent this mass extinction, and more and more scientists are saying we need to accept the reality of this “sixth mass extinction” so that we stop the starvation before it starts.