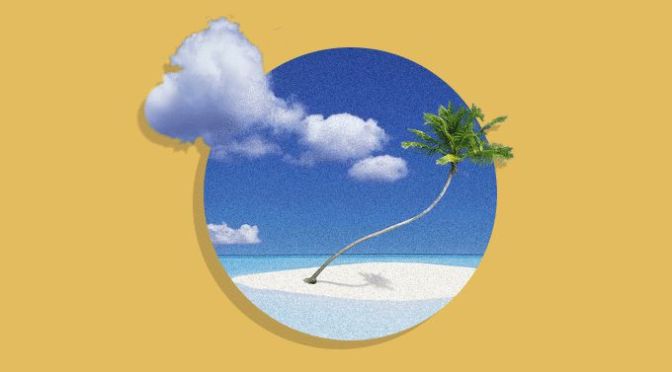 Planning a summer getaway can be ironically stressful. You’re running around, rounding up your friends just to get all of you to a place where you can all just unplug for a few days.

What’s more, you’re all trying to get on the same page about what you actually want out of the vacation in the first place: they want to booze, she wants to hike, he wants to tan without being sardined by hoards of people. Allow us to take the pressure off of finding that perfect vacation destination with the only beach guide you need during the hottest season of the year. The only thing you have to think about is what mixer you’re going to bring.

Possibility of turning up: 5/10
Romantic atmosphere: 10/10
Can you drink on the beach: Yes

Quit basking in the smog of L.A. and head north to Carmel. At Carmel Beach, you can have the quintessential Cali experience by boogie boarding, surfing, and sun tanning on the shore, before cooling down with a cold cocktail—which you can legally drink at the park. Later in the day, window-shop inland and soak in the history that the city by sea, which was founded as a Spanish Mission in the 1700s, has to offer.

Possibility of turning up: 7/10
Chance of being trampled by vacationing families: 1/10
Can you drink on the beach: No, but there are plenty of bars nearby

If Venice and Santa Monica are too crowded, head a couple more beach towns south to Manhattan Beach. This wealthy beachfront community offers a strip of classy boutiques, bars, and restaurants for when you’re done lounging along the breathtaking coast. It’s the L.A. paradise that you see in postcards, and it doesn’t have the stench of the city that the more popular tourist beaches have.

Possibility of turning up: 8/10
Number of attractive singles in swimwear: The limit does not exist
Can you drink on the beach: Yes

Take your talents to South Beach this summer. That is, if your talents include the ability to party nonstop. The go-to Miami hotspot is the perfect place to recover from a night of dining along Espanola Way, drinking at Blues Bar, and dancing at Mansion. Sure, a popular white-sand utopia like this is guaranteed to gather a crowd, but trust that the people-watching isn’t so bad.

Possibility of turning up: 10/10
Will you be judged by other patrons for double-fisting your drinks: No
Can you drink on the beach: Yes

You can drink pretty much all along Treasure Island, but there’s no better place to do so than Sunset Beach. The white-sand destination is a no-frills spot along the shore for those serious about checking out with a cocktail in hand. If you’re looking for a romantic area with few people and an even fewer amount of distractions, lay out your picnic blanket here.

Possibility of turning up: 6/10
Should you sing “The Devil Went Down to Georgia” after taking shots:Yes
Can you drink on the beach: Yes

Escape the humidity inland and get your butt to Savannah’s beach. It’s both a family-friendly and friend-group-friendly destination where you can ride bikes to the ice cream parlor along the boardwalk and sip on some booze by the shore. If sightseeing is more your thing, Tybee Island also offers museums, art galleries, and an old lighthouse to explore, and it’s frequented by endangered birds.

Possibility of turning up: 9/10
Wait, Indiana? You sure: Yes
Can you drink on the beach: Yes

When you think Indiana, the word beach probably never comes up, but you’d be surprised. If you’re from the Midwest, don’t sweat trying to pack a bag for the coastline—just head to the Indiana Dunes State Park. More specifically, the fresh water beaches on its eastern shore, like Central. Here, you’re legally allowed to drink with no distractions. That is to say, there are no lifeguards on duty. This is definitely the best place to bring a buddy.

Clam shacks, novelty T-shirt shops, and a seaside amusement park (Palace Playground) make this a sweet spot for any city folk trying to get that small-town feel. One of Maine’s most popular summer destinations, Old Orchard sees an influx of European tourists as well as New England families. Don’t worry about getting bored in the evening either—there’s a slew of bars for your regular nightcap.

Possibility of turning up: 5/10
Should you party before or after ATVing: After, obviously
Can you drink on the beach: Yes, but only if you want to break rules

Switch it up at Cape Cod this summer and hit up Sandy Neck Beach. Forget lounging, Sandy Neck is excellent for four-wheeling and ATVing along the coast. What’s more, after that adrenaline rush, you can come down by hiking and trying to spot the area’s endangered animals, or by sipping on your favorite drink while listening to the ocean. Don’t get too crazy though. Sandy Neck is actually filled with rocks, making falls not so enjoyable.

Possibility of turning up: 4/10
Should you pretend to be a pirate on your ferry: If you want
Can you drink on the beach: Yes

The Gulf Islands National Seashore spans the Gulf of Mexico, so it’s a bit difficult to narrow down a destination. However, consider West Ship Island. The long ferry trip to the island is worth it for the crystal-clear water, the lack of automobile traffic, the opportunity to snorkel and boogie board without worrying about crashing into someone, and the chance to explore Fort Massachusetts, which was built right after the War of 1812.

Possibility of turning up: 4/10
Can you hit up every bar in town: Not recommended
Can you drink on the beach: No, but why would you want to with all the bars around?

The unofficial capital of Fire Island, Ocean Beach has an excess of houses to rent, bars to get boozy at, and restaurants to brunch in the next morning. Essentially, there are enough opportunities to socialize for those still pulsating with energy from NYC. Not to mention, it’s especially clutch for the restless. The car-free town encourages folks to get around by walking or biking, and it plays host to a number of open-air concerts and craft fairs on a regular basis. It’s simple and sweet, yet still very social.

Possibility of turning up: 10/10
Should you take a shot to build confidence: Highly recommended
Can you drink on the beach: Yes

The sign says it all: it’s a nude beach. What’s more, it allows drinking. Yes, things can get weird. Yes, this is a place for only the most mature—and confident—visitors. And no, you probably shouldn’t bring your kid to build sand castles here. This Sandy Hook spot is the only beach in the state where nature lovers can legally come and be themselves, so it’s no wonder it attracts nearly 5,000 of them every weekend in the summer. If that view is too overwhelming, just look across the Atlantic for views of Brooklyn and the Verrazano Bridge.

Possibility of turning up: 8/10
Should you try a fake southern accent: Not if it’s offensive
Can you drink on the beach: Yes

It’s not a household name, but Topsail Beach is a go-to for southern residents looking to party along the coast. Before hitting up classic bars like Gilligan’s, a day-drinking haven that turns into a nightclub in the evening, have a casual barbecue at Serenity Point. What makes this southern tip special is precisely in its name: its views of the sound and waterway make for a serene sunbathing experience.

Just look at it—it’s breathtaking. A popular West Coast destination, Cannon Beach is familiar not just for appearing in The Goonies, but for the awe-inspiring cliffs, forests, and rock formations that it’s surrounded by. Not to mention, the location allows you to wheel out coolers of your favorite alcohol to enjoy while you marvel at the sights.

Possibility of turning up: 6/10
Is everything bigger in Texas: Yes
Can you drink on the beach: Yes

It’s all in the name. This white-sand beach along South Padre Island is a must for those looking to go all-out with an extended resort stay or those wanting to pause their cross-country road trip somewhere scenic. While the island plays host to attractions like Schlitterbahn Waterpark and Wanna-Wanna Beach Bar and Grill, you won’t need to take your party elsewhere if you’re all about DIY. You can simply BYOB and chill by the water. 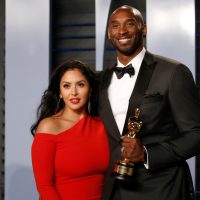 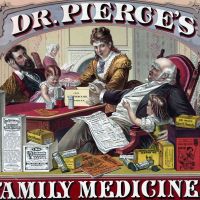