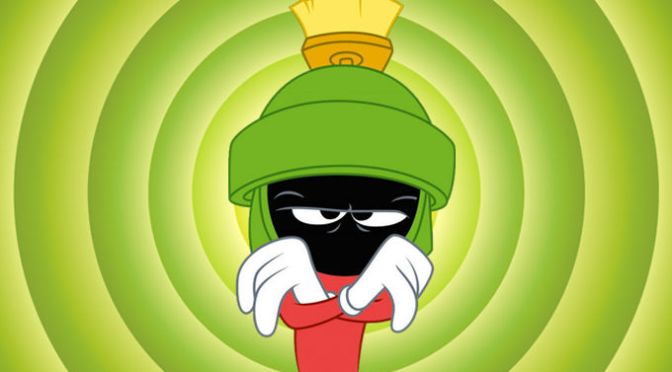 Is there someone—or something—else out there?

Ever since humans first looked up at the stars, we have wondered if, among those millions and millions of celestial bodies stretched out across the universe, there is something beyond ourselves.

Sometimes we imagine extraterrestrial beings to be benevolent, like E.T. and Alf. More often, we think of alien creatures coming to wreak havoc. Before the space invaders of Independence Day and Men in Black, there was a cartoon alien bent on destroying the Earth. Even if his ray gun didn’t exactly leave us quaking in our boots, and even if he was soft spoken, he most certainly did not come in peace. His name is Marvin. He is a Martian.

Marvin the Martian, like his Looney Tunes brethren, has popped up all over the cultural map over the years. Commercials, television, movies, T-shirts, and tattoos have all served as a canvas for the helmeted, skirt-wearing anthropomorphized void. And his reign of terror is far from over, as Marvin has crash-landed his beloved spaceship in Las Vegas, in front of a highly coveted AAU event at Brooklyn Bowl featuring some of the best up-and-coming ballers from our planet. In search of his next victim, he’s ready to take over and establish his dominance on the hardwood, but it won’t be easy.

With the little green alien invader gearing up for another moment in the spotlight—this time opposite All-Star Blake Griffin and his FlightSpeed-enabled Super.Fly 4s—let’s look back at The Most Notable Marvin the Martian Appearances in Pop Culture History.

The 1948 short “Haredevil Hare” marked Marvin’s first appearance. After Bugs Bunny had bested the boisterous, dim-witted Yosemite Sam on numerous occasions, director Chuck Jones decided it was time to create an antagonist who was cut from a different cloth. Rather than a loud, rowdy villain, he imagined a calculating and thoughtful nemesis for the wisecracking cartoon bunny. Marvin the Martian, with his soft-spoken quest for world domination, was the answer.

In “Haredevil Hare,” Marvin and Bugs do battle on the Moon. Marvin possesses the superior arsenal, packing a sophisticated missile, a dope rocket ship, and the assistance of his trusty dog henchman, K-9. Of course, all Bugs needs is his wits. In short order, Bugs foils Marvin’s plans to destroy the world, though he reduces the moon to a mere crescent in the process.

You can watch Marvin’s debut here.

This Daffy Duck short is certainly Marvin’s most enduring and revered pop culture appearance. Not only was this Buck Rogers’ parody wildly popular upon its release, but the story has also been rebooted several times. An updated version was made in 1980, and a full series based on the short starring Duck Dodgers ran from 2003–2005. “Duck Dodgers in the 24½ Century” was voted No. 4 among the The 50 Greatest Cartoons of All Time and received a retrospective Hugo Award in 2004.

“Duck Dodgers in the 24½ Century” features a showdown between Marvin and Daffy over the colonization of “Planet X.” Their battle involves a series of increasingly ridiculous guns and includes disintegrating pistols and message-bearing bullets. Every aspect of the short is carefully crafted for maximum humor, down to Porky Pig’s ridiculous skin-tight space leotard.

You can revisit this animation masterpiece here.

Close Encounters of the Third Kind (1977)

In several dramatic sci-fi films, Marvin has popped up as a reminder of our society’s fascination with otherworldly beings. In Close Encounters, “Duck Dodgers in the 24½th Century” plays briefly in the background.In Gravity, made 36 years later, a Marvin figurine can be spotted floating in the shuttle. For decades, Marvin has remained the go-to symbol of the intersection of science fiction and pop culture.

Marvin the Martian makes only the briefest of cameos in this film, but as they say, sometimes it’s just an honor to be invited. Who Framed Roger Rabbit is both an homage to and commentary on the golden age of cartoons, and that means any toon who’s any toon makes an appearance. The film is a cinematic monument to an era of animation that will likely endure long after many entirely live-action films of the period have faded from memory. Marvin’s inclusion in this film is like being inducted into an animation hall of fame that will be visited by millions for years to come.

With Marvin’s appearance in the Tiny Toon Adventures episode “The Return of the Acme Acres Zone” (1991) and this episode of Animaniacsseveral years later, Marvin was introduced to a whole new generation of cartoon-watching kids. These two appearances were the first in a number of projects throughout the ’90s that revitalized Marvin’s pop culture presence.

Not only were Tiny Toon Adventures and Animaniacs great shows, but they also allowed Warner Bros. to dig into their vault and bring back beloved characters. Younger viewers had the joy of discovering the characters that influenced so much of the animation they watched, while an older generation remembered the cartoon characters they grew up with.

In the ’90s, appearing in a commercial with Michael Jordan was the peak of pop culture relevance. By threatening to steal all of the worlds’ Air Jordans, Marvin the Martian found himself in an exclusive club of Jordan co-stars alongside Larry Bird and Spike Lee. Sure, the title of the commercial is “Bugs Bunny,” but without the presence of Marvin, there would be no conflict. Any good narrative needs a villain and Marvin plays the role admirably here.

It’s hard to guess what pop culture artifacts will benefit most from the warm glow of nostalgia. Even at the time, people had to feel like Space Jam was a safe bet. Few pop culture icons resonate like Bugs Bunny and Michael Jordan, and when you consider the ridiculous premise and supporting cast (including Danny DeVito and Bill Murray), this was always a film destined to live forever in listicles and comedy sketches.

As we near the 20-year anniversary of Space Jam’s release, nostalgia for the film continues to heat up. In 2013, Yahoo produced a spot-on 30 for 30 parody about the topic and UCB LA hosted a live-read starring Blake Griffin. If Duck Dodgers in the 24 ½ Century was the defining moment of the first 50 of Marvin’s career, his turn as the referee in Space Jamstarted him on the road to being remembered for another 50.

Other than appearing opposite his Airness in a commercial, the other supreme sign of ’90s pop culture relevance was making an appearance on The Simpsons. Marvin appears briefly in the Season 8 X-Files parody, “The Springfield Files,” in a police line-up alongside a who’s who of fictional aliens.

This isn’t the only non-Warner Bros. television project in which Marvin has made a cameo; Marvin has made appearances on South Park,Futurama (though the scene was deleted), and Drawn Together as well.

Various Looney Tunes, Freakzoid, and Animaniacs characters showed up to say good-bye to Pinky and the Brain in this epic series finale. Pinky and the Brain anchored the cast as R2-D2 and C-3PO parodies, while the Animaniacs filled in other major Star Wars roles in this loving send-up of George Lucas’ film. Marvin was one of a variety of Looney Tunes characters to make a cameo. Notably, Daffy Duck also showed up as Duck Dodgers in a nod to earlier Warner Bros. space parodies.

Marvin’s bit involves a date with the lovely Minerva Mink, marking one of the few times Marvin has gotten a clear win in his star-crossed history.

In a lovely moment of science paying tribute to art, the Spirit Mars Rover, which landed on the Red Planet in January of 2004, chose Marvin the Martian as its mascot. The launch patch for the mission (which ended in 2011) featured Marvin saluting in front of a patriotic background.

This is just one of many times Marvin has left the world of film and television to pop up in other areas of culture. Marvin has been name-checked in Ludacris lyrics, has inspired an NHL goalie mask design, and has long been a T-shirt favorite of Phish guitarist Trey Anastasio.

Though Marvin is fast approaching his 70th birthday, pop culture shows no signs of losing its fascination with the soft-spoken Martian who carries a big ray gun. 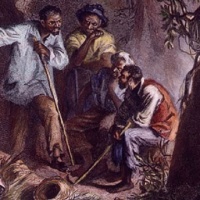 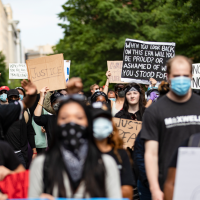