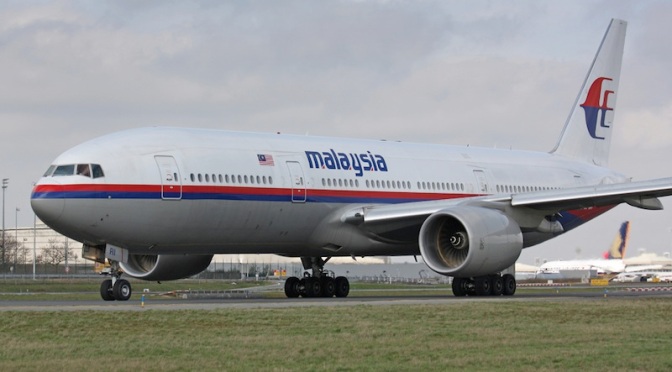 French authorities confirmed today (Sept. 3) that a piece of debris that washed up on an island in the Indian Ocean in July came from the Malaysia Airlines plane that mysteriously disappeared last year.

Malaysia Airlines Flight MH370 seemingly vanished without a trace on March 8, 2014, and the airplane part that washed ashore is the first piece of physical evidence recovered from the flight. The large piece of wing could offer

up clues for authorities hoping to locate the rest of the airplane and determine what happened to the ill-fated aircraft.

In August, a week after the wing part washed ashore on the French island of Réunion, Malaysian Prime Minister Najib Razak announced that the part belonged to the missing aircraft. That plane, a Boeing 777-200, had taken off from Kuala Lumpur, Malaysia, in 2014 en route to Beijing, with 227 passengers and 12 crew members aboard.

But despite the prime minister’s announcement, French authorities were not convinced that the flaperon (a piece of the wing that expands and contracts during takeoff and landing) actually came from MH370. However, the Paris prosecutor’s office announced today that it

can state “with certainty” that the flaperon came from the missing jetliner,reported The New York Times.

After its discovery on Réunion, the wing part was flown to a French aeronautical research

laboratory, where researchers were able to match a serial number found on the wing part with the missing Boeing aircraft, according to the Times.

While no other parts of the plane have been discovered so far, experts say it’s likely that more pieces of debris will eventually turn up.

In an interview with Live Science in August, David Gallo, director of special projects at the Woods Hole Oceanographic Institution in Massachusetts, said that it would be “unusual” to have just one piece of an airplane floating around on the surface of the ocean. However, Gallo also noted that the ocean (with its complicated currents) is very good at dispersing floating objects.

Officials have scoured the island of Réunion for more plane parts, but they have yet to find any more pieces of the missing aircraft. Australian authorities are searching a vast stretch of ocean 2,600 miles (4,200 kilometers) east of Réunion, which is where experts think MH370 may have gone down, reported the Times.