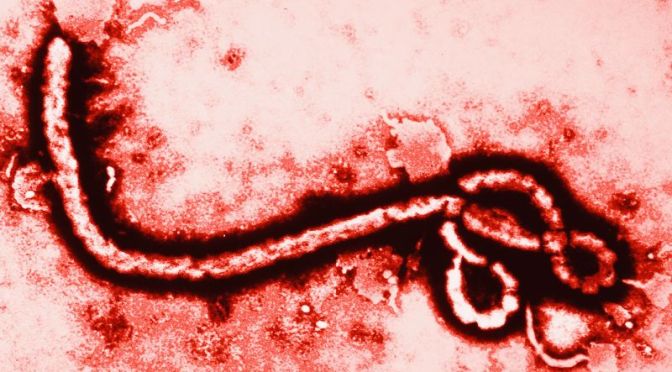 Ebola virus can exist in the semen of male survivors of the disease for at least nine months after their initial infection appears, much longer than previously thought, scientists said on Wednesday.

In preliminary results that raised questions about how and when the West African epidemic might be brought to an end, researchers said they did not know if the traces of virus that were discovered were live or potentially infectious.

“These results come at a critically important time, reminding us that while Ebola case numbers continue to plummet, Ebola survivors and their families continue to struggle with the effects of the disease,” said Bruce Aylward, a World Health Organization (WHO) Ebola expert.

He said survivors, of whom there are up to 17,000 in West Africa, needed “continued, substantial support for the next six to 12 months to meet these challenges and to ensure their partners are not exposed to potential virus.”

Ebola infected 28,000 people and killed more than 11,300 in an outbreak centered in Guinea, Sierra Leone and Liberia that is just coming under control.

Disease experts said they are only now able to learn more about Ebola and its potential longer-term effects on survivors.

“This confirms that Ebola virus can persist in the genital tract for a considerable length of time, months after the virus has disappeared from the blood, and worryingly shows that this long-lived reservoir is a potential source of new infections,” Ball said in an emailed comment.

This study included 93 male Ebola survivors over age 18 from Freetown who gave semen samples for testing. The men enrolled in the study two to 10 months after their illness began.

“Why some study participants had cleared the fragments of Ebola virus from semen earlier than others remains unclear,” the researchers said in a statement about their results, which were published in the New England Journal of Medicine.

It said further tests of the samples were being conducted by the U.S. Centers for Disease Control and Prevention “to determine if the virus is live and potentially infectious.”

“It also reminds us that the Ebola epidemic could be far from over,” he said. “With more than 17,000 Ebola survivors, it’s possible that further cases of delayed transmission and late complications will occur.”

The WHO’s advice is that all male survivors should be tested three months after the onset of symptoms and then monthly until they know they have no risk of passing on the virus.

“Until a male Ebola survivor’s semen has twice tested negative, he should abstain from all types of sex or use condoms when engaging in sexual activity,” the WHO said. “Hands should be washed after any physical contact with semen.” (Additional reporting by Stephanie Nebehay in Geneva; Editing by Andrew Roche, Toni Reinhold)