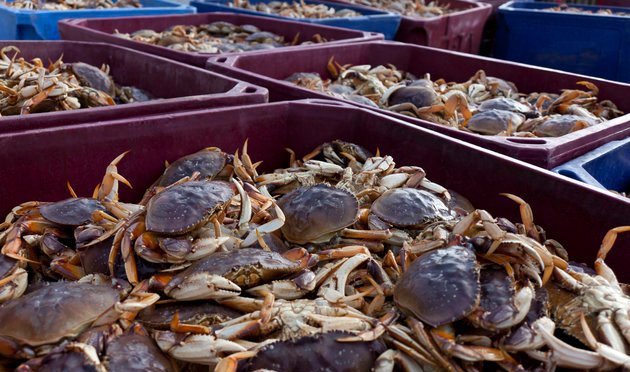 Fans of sweet, meaty Dungeness crab are going to have to settle for the smaller Chesapeake blue crabs for now. California health authorities are warning everyone to stop eating Dungeness and rock crab for now after finding unsafe levels of a naturally-occurring neurotoxin in crabs caught along the Pacific coast between Santa Barbara and the Oregon border.

A type of microscopic marine algae called pseudo-nitzschia is responsible for producing the neurotoxin domoic acid. The toxin accumulates in the bodies of bigger sea creatures like shellfish and small types of fish, and once the poison reaches a certain threshold, those shellfish and fish can become poisonous to people and other animals that eat them.

The conditions that encourage the growth of pseudo-nitzchia are “impossible” to predict, said California authorities, and thus they don’t know when the crab will be safe to eat again. Commercial fishing season for the mighty crab was set to start Nov. 15 before the warning was issued, the San Francisco Chronicle reports.

Domoic acid poisoning can cause symptoms a mere 30 minutes after toxic seafood is eaten. Those symptoms include vomiting, diarrhea, cramps, headaches and dizziness. While they generally subside in a few days, more serious cases of domoic acid poisoning have resulted in a condition of permanent short-term memory loss known as amnesiac shellfish poisoning. Other serious symptoms of domoic poisoning include confusion, seizures, trouble breathing, coma and death.

As early as May of this year, researchers monitoring the toxic algae in the Pacific Ocean began sounding the alarm about domoic acid levels in Monterey Bay and elsewhere along the coast.

Raphael Kudela, an ocean sciences professor and algae expert at University of California, Santa Cruz, said in a June statement that the algae blooms he observed “will be one of the most toxic and spatially largest events we’ve had in at least a decade” and that the event could be linked to the unusually warm water the coast is experiencing.

Kudela was on his way to Washington, D.C., to provide more information about the West Coast algae bloom in a special House hearing when he spoke to HuffPost. He suspects the summer blooms he measured could certainly be related to the higher levels of domoic acid in crab, and that, due to certain changes in the atmosphere and water, the situation could unfortunately be the “new normal.”

“It’s part of the warm blob phenomenon — what meteorologists have termed the ‘ridiculously resilient ridge,'” he explained. This ridiculously resilient ridge, an area of high atmospheric pressure that hovered over the Pacific Northwest from 2013 to 2014, is responsible for creating a “warm blob” of ocean water that encourages algae bloom. Californians can also blame the RRR for exacerbating the state-wide drought, as the high atmospheric pressure, warm water and hot soil created a feedback loop that made the hot weather even hotter.

While Kudela hesitated to directly attribute the dangerous Dungeness crabs to climate change, he did say the unusually high levels of domoic acid in crabs, caused by huge blooms of algae in warm water, looks exactly like what he’d expect climate change to look like in this situation. “You could definitely say this could be the new normal,” he said.

No one has reported sickness related to the current rise in domoic acid in crab, according to California health authorities. Past outbreaks linked to the toxin include a 1987 flare-up traced to mussels harvested from Prince Edward Island, Canada, that struck 107 people with amnesiac shellfish poisoning. And domoic acid in razor clams and crabs from Washington and Oregon is suspected of sickening people in 1991, too.

To keep updated on when Dungeness crabs will be safe to eat again, check back with the California Department of Public Health. 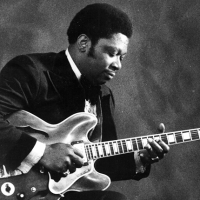 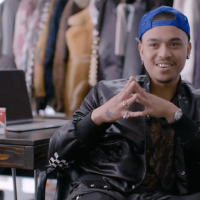 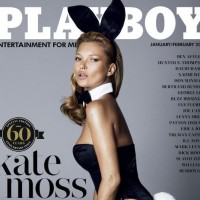