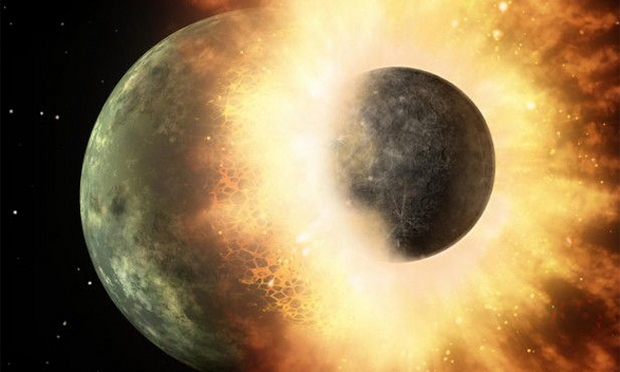 The rotation of the newborn Earth may have helped to control the evolution of a giant magma ocean sitting on top of its core, researchers say.

Knowing how Earth’s magma oceans evolved over time could shed light on when the plate tectonics— the shifting of the rocky slabs that make up the planet and underlie earthquakes and volcanoes — began, scientists added.

Previous calculations suggested that Earth possessed one or more giant oceans of magma, or molten rock. For instance, after a Mars-size rock slammed into Earth about 4.5 billion years ago to create the moon, prior research suggested a magma ocean about 620 miles

(1,000 kilometers) deep covered most of Earth’s surface, according to prior research. [In Photos: Watery Ocean Hidden Beneath Earth’s Surface]

Understanding more about how Earth’s molten rock crystallized over time could yield insights on when the planet first developed a magnetic field, which could have shielded the planet from deadly solar radiation, setting the stage for the origin of life on Earth. In addition, “the crystallization of the magma ocean set the initial conditions for plate

tectonics,” said study lead author Christian Maas, a geophysicist at the University of Münster in Germany.

Previous research failed to take into account the effects of Earth’s rotation when it came to how this ancient magma ocean evolved. Now, scientists find that Earth’s spinning might have influenced how this molten rock crystallized.

“Rotational effects could have had a crucial influence on the processes in a magma ocean and, therefore, on the Earth’s history,”Maas said.

The newborn Earth spun much faster than it does today, with days lasting only 2 to 5 hours instead of 24. Moreover, the planet was hotter, making its magma less viscous and easier to whirl, much like how milk spins more quickly in ablender

The scientists developed a computer

model of the early Earth, to see how the planet’s rotation might have affected its magma ocean over time. They found that rotation influenced the way in which silicon-rich rocks known as silicates crystallized. Silicates are main components of magma.

“The most surprising result for me is that the behavior of crystals differs significantly between poles and the equator,” Maas told Live Science.

The crystals behaved as they did at the equator because of a phenomenon known as the Coriolis effect. When a planet spins, matter in and on it will move on curved paths — this effect, among other things, influences the degree to which wind patterns such as hurricanes will whirl.

Maas noted that this research modeled the poles and equator separately from each other. “The next step is therefore to simulate the whole magma ocean, including the poles, the equator and the region between the poles and the equator,” Maas said. “Even with the newest computer equipment, simulations will take months.” Eventually, such research could help shed light on how the magma ocean crystallized and help trigger plate tectonics.