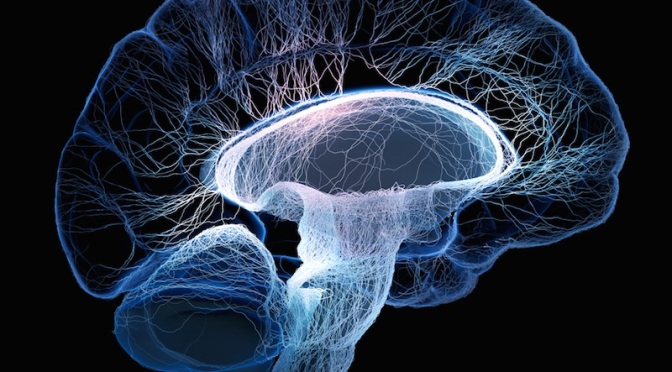 There is no such thing as a “male

Instead, men and women’s brains are an unpredictable mishmash of malelike and femalelike features, the study concludes. Even in brain regions previously thought to show differences based on sex, variability is more common than consistency.

“Our study demonstrates that although there are sex/gender differences in brain structure, brains do not fall into two classes, one typical of males and the other typical of females, nor are they aligned along a ‘male brain–female brain’ continuum,” the study researchers wrote today (Nov. 30) in the journal Proceedings of the National Academy of Sciences. “Rather, even when considering only the small group of brain features that show the largest sex/gender differences, each brain is a unique mosaic of features, some of which may be more common in females compared with males, others may be more common in males compared with females, and still others may be common in both females and males.” [10 Surprising Facts About a Woman’s Brain]

The new research is the first to examine sex differences in the brain as a whole. If the brain is truly sexually dimorphic, coming in a male and a female form, it should be consistently different between the two sexes, Tel Aviv University psychobiologist Daphna Joel and her colleagues wrote. Consider the peacock, with its sexually dimorphic tail: The difference in color and size is consistent between the sexes – there’s no subset of peahens brandishing iridescent purple feathers.

Clearly, brains don’t fit this pattern; there is far more variation in brains within sexes than between them, a fact that has been known for a long time, said Rebecca Jordan-Young, a professor of women’s

gender & sexuality studies at Barnard College in New York and author of “Brain Storm: The flaws in the science of sex differences” (Harvard University Press, 2010). Many neuroscientists had already concluded that brains are checkered with a mix of male- and femalelike structures, said Jordan-Young, who was not involved in the new study.

But despite this variation, there could still be a continuum of male-type and female-type brains, Joel and her colleagues reasoned, so long as the gender differences between structures are consistent between men

and women. They decided to put the question to a test.

The researchers combed through more than 1,400 magnetic resonance images (MRI) from multiple studies of male and female brains, focusing on regions with the largest gender differences. In the first analysis, using brain scans from 169 men and 112 women, the researchers defined “malelike” and “femalelike” as the 33 percent most extreme gender-difference scores on gray matter from 10 regions. Even with this generous designation of “male” and “female” scores, the researchers found little evidence of the consistency they would need to prove brain dimorphism. Only 6 percent of brains were internally consistent as male or female, meaning all 10 regions were either femalelike or malelike, the researchers found. Another analysis of more than 600 brains from 18- to 26-year-olds found that only 2.4 percent were internally consistent as male or female, while substantial variability was the rule for more than half (52 percent).

In other words, there were very few individuals whose brain regions were all malelike or femalelike. And there was no clear continuum between the two endpoints. Instead, across both gray and white matter and in connectivity patterns, brains are so overlapping that calling a particular form male or female is meaningless, Joel and her colleagues wrote. [Men vs. Women: Our Key Physical Differences Explained]

“Our results demonstrate that even when analyses are restricted to a small number of brain regions (or connections) showing the largest sex/gender differences, internal consistency is rare and is much less common than substantial variability (i.e., being at the one end of the ‘maleness-femaleness’ continuum on some elements and at the other end on other elements),” they wrote.

“Anyone who is aware of current data

on brain sex differences appreciates that there is no such thing as a monolithic ‘male brain’ or ‘female brain,’ in much the same way as there is no such thing as a male heart and a female heart,” said Lise Eliot, a neuroscientist at Rosalind Franklin University in Chicago and author of “Pink Brain, Blue Brain: How Small Differences Grow Into Troublesome Gaps — And What We Can Do About It” (Mariner, 2010).

Eliot, who was not involved in the new study, said the research was an “innovative approach” to sifting through brain gender differences. While statistical differences between the genders exist, she told Live Science, the new study shows that the distribution of malelike and femalelike attributes is patchy, not uniform.

Indeed, previous studies have found large areas of overlap in the structure of male and female brain structures, even when population-level gender differences are found.

“Every individual could have part of both men and women in them,” radiologist Ragini Verma told Live Science in 2013 after finding differences in connectivity between male and female brains.

, Joel and her colleagues wrote. Early on, neuroscientists had viewed sex-specific hormones as the key to sex difference in the brain, with testosterone “masculinizing” the brain and estrogen “feminizing” it.

Though hormonal influences are important, the real story is far more complex, according to a 2011 review in Nature Neuroscience. A growing body of evidence suggests that development is a give-and-take between genetic, environmental and epigenetic (above the genome) factors, all of which are acting in parallel and influencing one another in complicated ways. Different brain regions react in different ways to sex-specific influences, which are not limited to estrogen and testosterone, that review found. Meanwhile, environmental influences such as prenatal or early-life stress can feed back into this process, again altering how the brain develops.

All of these parallel processes could explain why simple stereotypes about male and female interests, abilities and intelligence so often fail on an individual level, Jordan-Young told Live Science.

“The idea of a unified ‘masculine’ or ‘feminine’ personality turns out not to describe real people,” she said. “It describes stereotypes to which we constantly compare ourselves and each other, but more people are ‘gender non-conforming’ than we generally realize.” 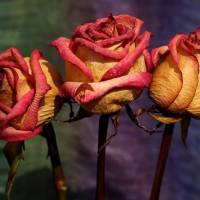