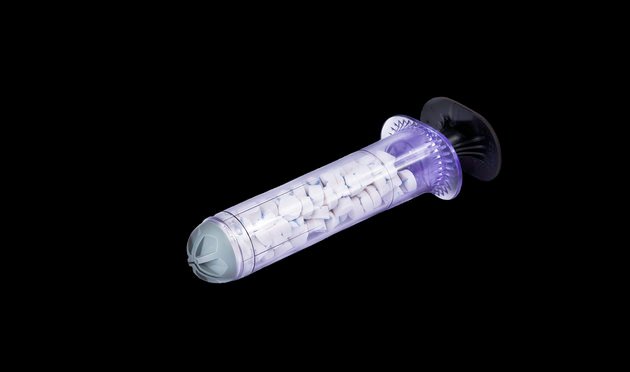 A sponge-filled syringe that fills gunshot wounds in as little as 20 seconds could be a promising step toward curbing U.S. gunshot fatalities now that the device, formerly limited to military use, has been approved for use on the general population in America.

On Wednesday, the Food and Drug Administration cleared the syringe, which is designed to stop blood flow from an open wound, for use on adult and adolescent civilians.

According to io9, the Xstat Rapid Hemostasis System works by filling a wound with a group of small sponges that rapidly expand, blocking blood flow and providing pressure that causes the bleeding to stop.

“When a product is developed for use in the battlefield, it is generally intended to work in a worst ­case scenario where advanced care might not be immediately available,” Dr. William Maisel, acting director of the Office of Device Evaluation in the FDA’s Center for Devices and Radiological Health, said in a press release issued by RevMedX, which manufactures the device.

“It is exciting to see this technology transition to help civilian first responders control some severe, life­ threatening bleeding while on the trauma scene.”

The syringe works on wounds that can’t be stopped with the use of a tourniquet, which is a compression tool designed to control hemorrhaging. These include wounds in the groin or the armpit, The Verge reports.

Each applicator absorbs up to a pint of blood and works for up to four hours, which allows sufficient time for the injured patient to receive surgery for the wound.

Citing the United States Army Institute for Surgical Research, the FDA said that 30 to 40 percent of civilians who die from traumatic injury die because of hemorrhaging, and that 33 to 56 percent of those deaths occur before the patient reaches the hospital.