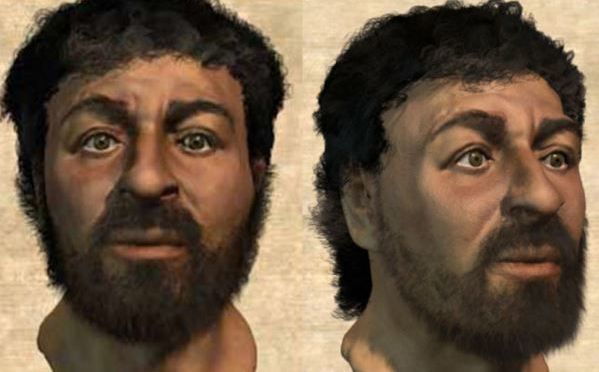 While Western culture is accustomed to depictions of Jesus as a lanky white guy with long, straight, perfectly-conditioned hair, or, much less often, as a modern-day black man living in Compton, scientists have a completely different idea of what the real man actually looked like.

Through the process of forensic anthropology they’ve constructed the image above to demonstrate the appearance of an average man of Jesus’ time, place and background, Popular Mechanics explains.

While they admit that the face above is certainly not the actual face of Jesus, it is likely vastly closer to reality than the face we usually associate with him.

The process to arrive at the face involved several considerations. First, a model was made using a computer analysis of a first century Semite skull from the Galilee region, which is where the face gets its shape and features from. After that, the skin color was determined based on paintings of Semites from that place and era, according to the story.

Jesus’ hair was the last piece of the puzzle. While we usually think of his hair as long, forensic anthropologists relied on clues from the Bible itself to decide what to give their model.

Via Esquire‘s re-post of the original article, it was 1 Corinthians, written by the apostle Paul, that settled the matter:

In one chapter he mentions having seen Jesus—then later describes long hair on a man as disgraceful. Would Paul have written “If a man has long hair, it is a disgrace to him” if Jesus Christ had had long hair? For Neave and his team this settled the issue. Jesus, as drawings from the first century depict, would have had short hair, appropriate to men of the time.

Although Jesus’ body isn’t depicted, the average Semite man of that time was 5-foot-1 and about 110 pounds, so Jesus was probably a lot shorter than you’d imagine, too.