Bill Cosby is taking action against seven of the women who have accused him of sexual assault or misconduct.

In the suit, Cosby claims the women have made “malicious, opportunistic and false and defamatory accusations of sexual misconduct against him.” He also claims each defendant “knowingly published false statements and accusations.” 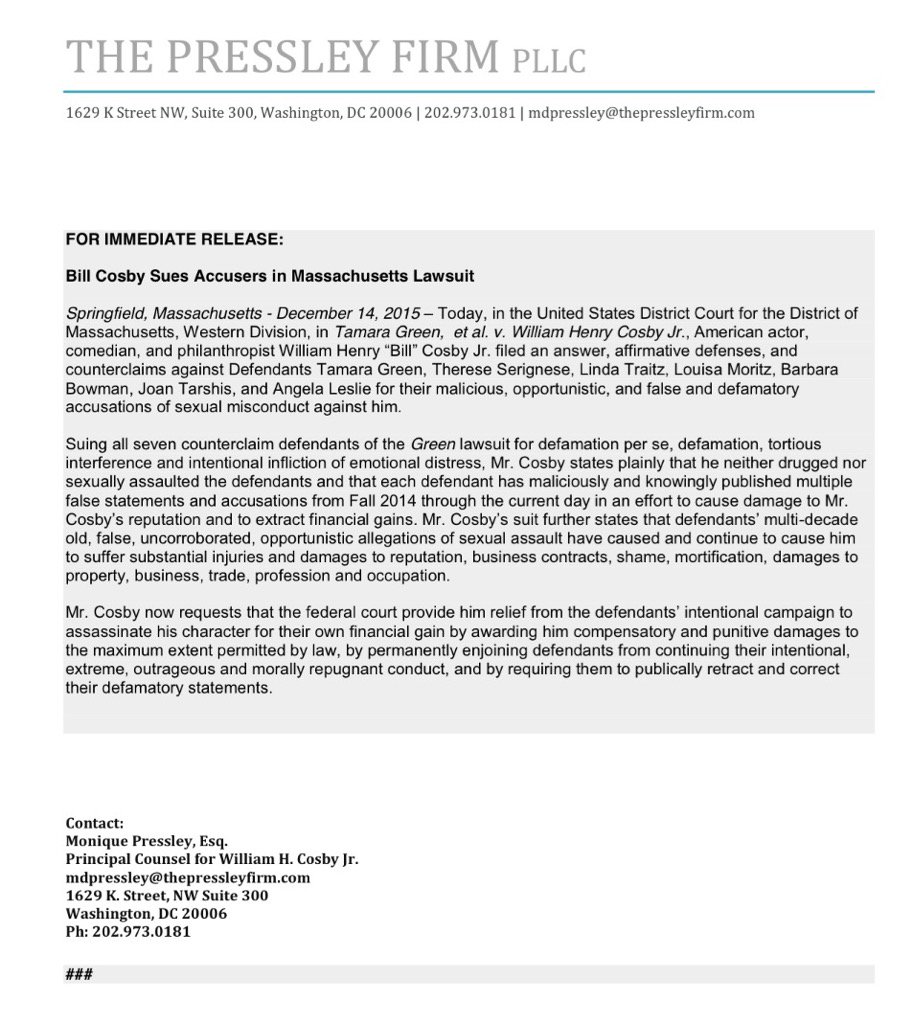 The suit was filed in response to the defamation suit brought against the actor by his accusers.  Traitz, Serignese and Green first filed a suit against Cosby in December 2014, and were joined by Bowman, Tarshis,  Moritz and Leslie this past November. Cosby’s countersuit against the seven women comes after a federal judge in Massachusetts refused to throw out their suit against him.

Cosby is also currently being sued for defamation by model Janice Dickinson, and was deposed earlier this year as part of a civil suit filed against him Judy Huth.

Responding to news of Cosby’s countersuit, Huth’s attorney Gloria Allred told The Huffington Post in a statement, “Bill Cosby appears to be going to war against women who have sued him in Massachusetts  and who allege that he has victimized them. Although I do not represent the women in that  case, I do believe that in general that such a tactic will not deter courageous women from fighting the battle against him.”

The defendants named in Cosby’s countersuit are just a few of the more than 50 women who have come forward with allegations of sexual assault or misconduct that span the last 30 years.

While Cosby’s lawyers have denied the allegations and no criminal charges have ever been filed, it was previously revealed that Cosby testified under oath that he bought Quaaludes with the intention of giving them to women he intended to have sex with.