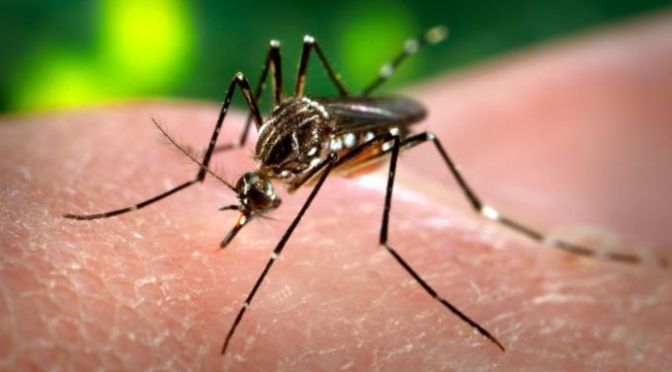 The Zika virus has hit with the intensity of the merciless snowstormthe East Coast faced this past weekend. With 31 confirmed cases in the U.S. alone—and millions expected to pop up in the coming months—it’s time to catch up on the Zika virus.

Learning from previous mistakes, like how it handled Ebola, the World Health Organization (WHO) is acting fast to combat the virus. Director general of the WHO Margaret Chan said in a briefing, “The level of alarm is extremely high, as is the level of uncertainty. Questions abound. We need to get some answers quickly.”

As of now its known that Zika is a disease transmitted by mosquitoes, mainly the A. aegypti species, which has also been busy carrying yellow fever and the West Nile virus to the areas it lives in in years past, which are currently affected by Zika, reports the Washington Post. The mosquito reportedly lives in all North and South countries with the exception of Canada and Chile.

The 31 cases confirmed across 11 states in the U.S. are “travel-related”said The Centers for Disease Control and Prevention director of the vector-borne disease division Lyle Petersen. Like Chan, Petersen expressed the gravity of the virus saying, “this number is increasing rapidly.”

So why have the cases the been travel-related? As White House press secretary Josh Earnest explains, “The temperatures in North America right now are inhospitable to the mosquito population.” Don’t breathe a sigh of relief just yet. Earnest added, “Eventually that will change, and we have to be mindful of any possible risk here in the United States.” Focusing on a global scale Chan emphasized how anyone could contract the virus.

So what symptoms should you look out for? Well, that’s hard to say. WHO and Pan American Health Organization worker Sylvain Aldighierisaid 75 percent of people who contract the Zika virus don’t show symptoms. The epidemic alert and response division worker added, “We have big gaps in terms of confirmation of the real situation.”

According to the WHO Zika is expected to infect anywhere from 3 to 4 million people within the next year. Zika has so far led to microcephaly in babies—a “rare condition that affects fetal brain development,” writesthe Washington Post—and paralysis for adults.