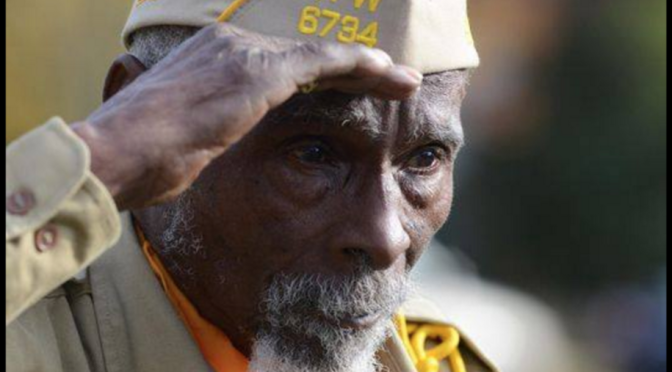 The last living Buffalo Soldier passed away last weekend at the age of 93, in Greenville, South Carolina. Tomie L. Gaines served from March 1943 to December 1945 with the 27th Calvary, an all-Black unit, according to the Daily Kos. Gaines is survived by his wife of 51 years, Clara.

The Buffalo Soldiers included two regiments of all-Black cavalries, the 9th and 10th cavalries, which were formed after Congress passed legislation in 1866 that allowed African-Americans to enlist in the country’s regular peacetime military.History.com states that many of the men in these regiments, commanded primarily by white officers, were among the approximately 180,000 African-Americans who served in the Union Army during the Civil War. The four infantry units — the 38th, 39th, 40th and 41st regiments — were reorganized in 1868 as the 24th and 25th infantry. Black soldiers enlisted for five years and received $13.00 a month, far more than they could have earned in civilian life, according to the Buffalo Soldiers of the American West website.

Although women weren’t allowed to serve as soldiers at the time, Cathay Williams posed as a man and joined the United States Army. On November 15, 1866, Williams became the first African-American female to enlist and serve in the 38th infantry, thus becoming the first female Buffalo Soldier.

There have been a few possibilities as to how the Buffalo Soldiers got their name. First, Archivist Walter Hill of the National Archives  reported that, according to a member of the 10th Cavalry, in 1871 the Comanche bestowed the name of an animal they revered, the buffalo, on the men of the 10th Cavalry because they were impressed with their toughness in battle. Second, they were given the name because their fierce, brave nature reminded them of the way buffaloes fought. Third, it may have been because they wore thick coats made from buffalo hide during winter, as stated on the Buffalo Soldiers of the American West website.

In a period when nearly a third of white army enlistees deserted, Black soldiers had the U.S. Army’s lowest desertion and court-martial rates, Aaregistry.org mentions. From 1870 to 1890, 14 Buffalo Soldiers were awarded medals of honor, the army’s highest award for bravery. When they weren’t fighting, Buffalo Soldiers built forts and roads, installed telegraph lines, located water holes, escorted wagon trains and cattle drives, rode “shotgun” on stagecoach. Furthermore, soldiers from the 9th & 10th regiments fought in Cuba during the War with Spain and participated in the hunt for Mexican revolutionary Pancho Villa. The last all-Black units were disbanded during the first half of the 1950s. 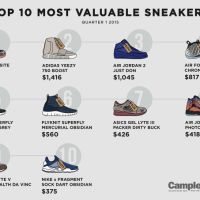