I’m a hoverboard skeptic. I don’t think that we’re going to see a “true” hoverboard that can work on any surface anytime soon. With that being said, the new and improved Hendo Hoverboard, made by Arx Pax, looks pretty damn fun.

END_OF_DOCUMENT_TOKEN_TO_BE_REPLACED

A bevy of limestone towers, dubbed the “Drowned Apostles,” have been discovered beneath the waves off the coast of Australia.

END_OF_DOCUMENT_TOKEN_TO_BE_REPLACED

More often than not, the animated world of short filmmaking is saturated with heavily sentimental themes. Those ‘feel good’ shorts can sometimes be a bit off-putting to the entire animation camp. But sometimes, filmmakers hit the sweet spot of making a film that audiences feel genuinely happy from watching in a non-manipulated way. Filmmaker, Natalie Labarre, has captured that in her short, PAPA.

END_OF_DOCUMENT_TOKEN_TO_BE_REPLACED

There are many charges you can level against Kanye West, but being lazy is not among them. The rapper is currently working on his next Yeezy fashion collection, finishing up the final mixes for his most recent album The Life of Pablo, while also recording the follow-uptentatively titled Turbo Grafx 16 that he’s promised to release sometime this summer. This of course is all in addition to his family life and recently becoming a dad for the second time. Undeterred by this heavy slate however, West took to Twitter this morning and announced that he was giving the world even more.

It’s hard to conceive where he’s going to find the time to accomplish such a lofty goal, but we’ll cross our fingers that he somehow manages to get it all done. Three Kanye West records in one year would certainly be cause for celebration. In the meantime we’re all still waiting patiently for more word about his proposed “Only One” video game.

No doubt, as fossil and nuclear fuel are considered more and more dirtier and untrustable, there is a growing demand for greener and safer renewable energy sources. Sun, wind, water, biomass, waves and tides, and the heat of the soil all can provide colorful alternatives to the non-renewable energy.

END_OF_DOCUMENT_TOKEN_TO_BE_REPLACED 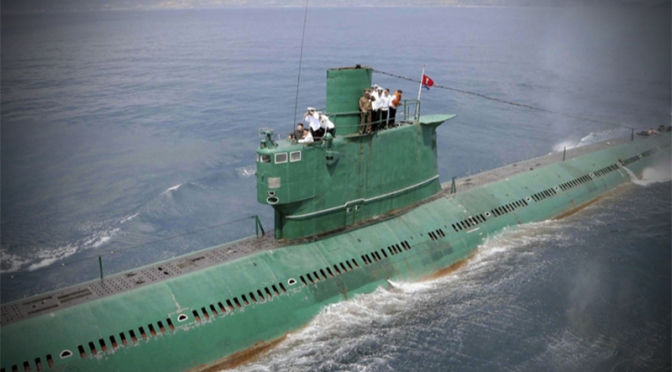 Details remain scarce, but reports state that North Korea has lost one of its submarines. It is not clear what exactly the suspected state of the submarine is but North Korea is frantically searching for it. This event could not come at a worse time as tensions on Korean Peninsula are at an all time high.