Prince died earlier today (April 21) at age 57 at his Paisley Park home and studio in Minneapolis, his publicist confirmed to the Associated Press. TMZ first reported the news. 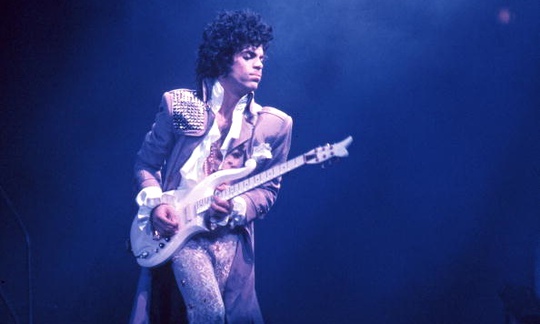 According to a press release sent from the Carver County Sheriff’s Department this afternoon, deputies arrived at Paisley Park at 9:43 a.m. and found Prince unresponsive in the elevator. After CPR attempts were unsuccessful, he was pronounced dead at 10:07 a.m. The cause of death has not yet been determined, and Carver County with assistance from Hennepin County Sheriffs and the Midwest Medical Examiner’s Office are investigating.

Prince was hospitalized last week after his plane for was forced to make an emergency landing in Moline, Ill. Released a few hours later, a rep told TMZ that he had been battling a bad case of the flu.

One of the most iconic musicians in music history, Prince’s extensive career grew out of the music scene of his native Minneapolis, where he lived his entire life. His 1978 debut album For You and self-titled second LP, released in October 1979, kicked off an incredibly prolific run of albums that included 1999, Purple Rain, Around The World In A Day, Sign O The Times and Batman, among others, throughout the 1980s at a clip of nearly one per year, evolving with each release.

It was 1984’s Purple Rain — his first No. 1 album on the Billboard 200 — released in conjunction with the film of the same name, that cemented him as one of the greatest artists of his generation, earning him two Grammys, and Oscar and a victory over Michael Jackson’s Thriller for Favorite Pop/Rock Album at the 1985 American Music Awards. In total he would receive seven Grammy Awards from 32 nominations between 1984 and 2010. Along the way, he worked with several bands under a series of pseudonyms, including The Time, the New Power Generation and The Revolution, as both frontman and producer.

Prince was also known for his eponymous Love Symbol, created in protest against his longtime record label Warner Bros., under which he released an album in 1992. His 18th and final album for the label, 1996’s Chaos and Disorder, finally released him from his contract.

As a recording artist, Prince was legendary for his prolific and perfectionist nature which allowed him to release a steady slew of material as he experimented in the studio; as a result, unreleased b-sides and bootlegs have become highly sought-after collectibles for die-hard fans, and his infamous “vault” of recordings has become the stuff of legend. Yet he was also truly transcendent as a performer, regularly stretching his shows beyond the three-hour mark and showcasing his stunning guitar work, which became an underrated part of his legacy, often overshadowed by his iconic singing voice and abilities as a songwriter and bandleader.

Prince’s legacy as a musician, a singer, a style icon and an endlessly creative mind is nearly unparalleled, and his influence stretches from pop to R&B to funk to hip-hop and everywhere in between. Purple Rain was the first of four No. 1 albums on the Billboard 200; an additional 12 LPs peaked in the top 10 in four different decades. The first single from his self-titled LP, “I Wanna Be Your Lover,” topped the Billboard R&B chart and he would go on to land 19 top 10 hits on the Hot 100, including No. 1s “When Doves Cry,” “Let’s Go Crazy,” “Kiss,” “Batdance” and “Cream.”

Rock and Roll Hall of Fame Induction, “While My Guitar Gently Weeps” (2004)