Warriors fans have enjoyed a lot of really great moments during the2015-16 NBA season. Just a couple of weeks ago, they got to see their team set a new NBA record by winning their 73rd game of the regular season. But the NBA Playoffs have featured one anxious moment after the next for the team. It started with their star Steph Curry suffering an ankle injury during Game 1 of their playoff series against the Rockets—and it continued yesterday when Curry sustained a knee injury during Game 4:

Since then, Warriors fans have been impatiently waiting for the results of an MRI on Curry’s knee to come back. Curry seemed to sense the anxiousness surrounding the fanbase and sent out this tweet this afternoon:

Thanks 4 all the prayers & messages. Can feel all the positive energy. God is Great! All things considered I’m Gonna be alright! #DubNation

But that tweet—and the words “all things considered,” in particular—only made Warriors fans more nervous.

A short time ago, the Warriors finally ended the suspense by releasing the results of Curry’s MRI, and while they’re not exactly ideal, they provide better news than some people expected. According to the team, Curry has a Grade 1 MCL sprain in his right knee and is going to miss at least two weeks because of it:

Assuming the Warriors are able to finish off the Rockets in the first round of the playoffs, this could obviously have a big impact on the Warriors’ second-round matchup against either the Clippers or Trail Blazers. But it all depends on how quickly both series end as well as how quickly Curry’s knee heals over the next two weeks. Stay tuned. 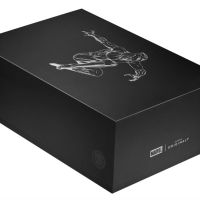