PEOPLE LIKE TO imagine that they’re the pinnacle of evolution, but the animal kingdom suggests otherwise. The discovery that bumblebees use hair on their legs to detect a flower’s electromagnetic field offers another reminder that human senses don’t always measure up. You share the planet with creatures that can smell veins, see colors you can’t imagine, and communicate through their feet. Here are just a few animals with senses sharper than yours. 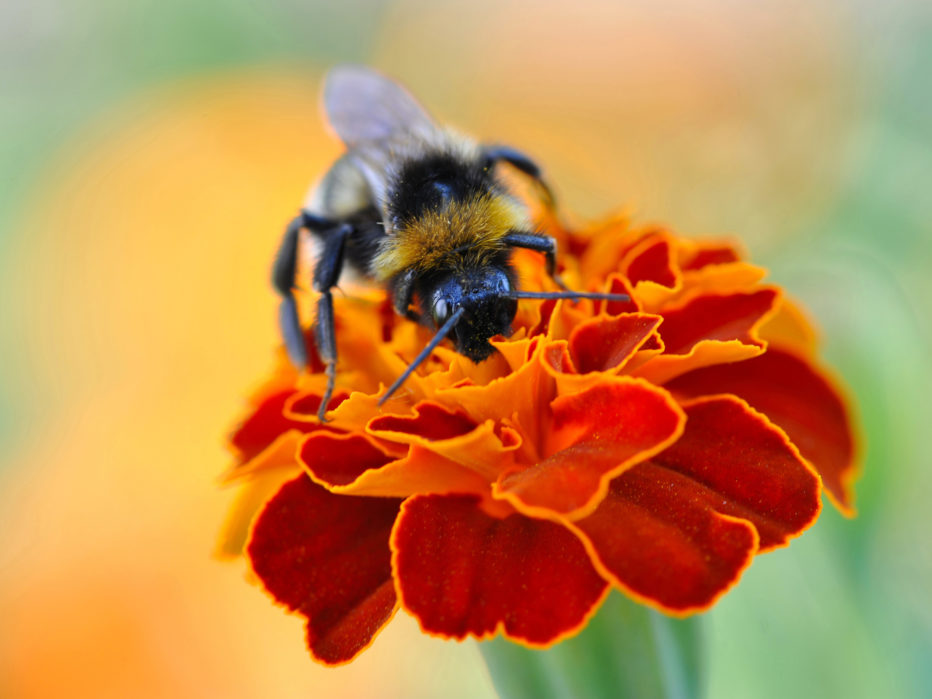 Bumblebees rely on many things to find those roses in your garden, including voltage. They accumulate a small positive charge as they fly, and flowers have a negative charge just by sitting there. Mechanosensory hairs on a bee’s legs respond to the attraction between these opposite charges, guiding them to a bloom. A flower’s charge changes once a bee stops by, something their sisters pick up on so they know to move along to the next one. 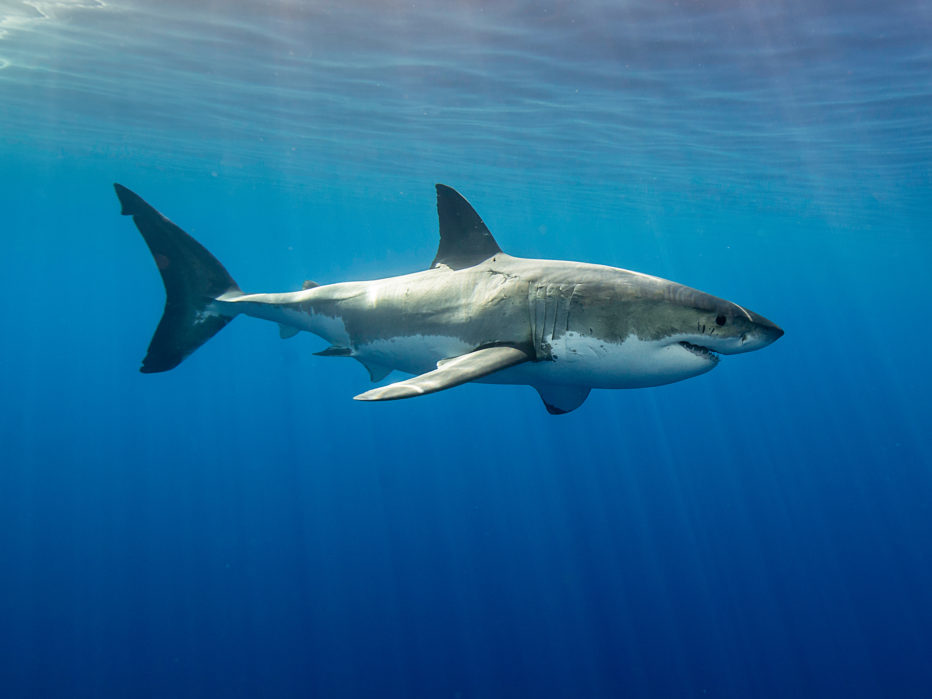 Beyond being among the most skillful predators on the planet, sharks possess the best biological conductor of electricity yet discovered. It’s called Lorenzini jelly, and it fills a network of pores all around the shark’s face. As Jaws swims toward lunch, the jelly detects minute differences between the electrical charge of the animal and the water around it. It’s like a homing device that guides the shark right to a meal, even in the darkest, murkiest water. 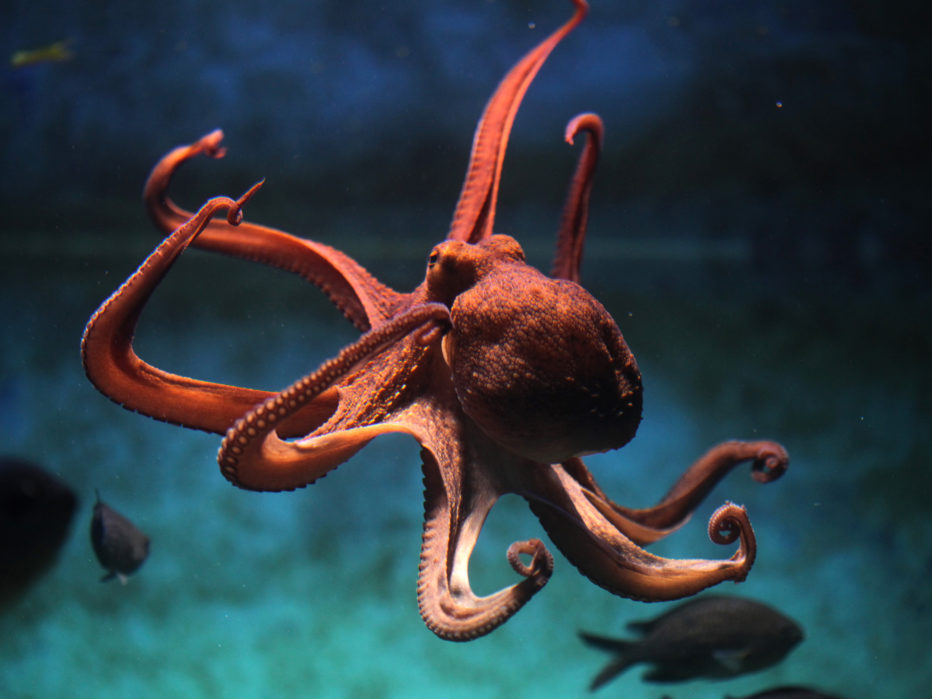 If you’ve ever worn Ray-Bans, you’ve tasted life as an octopus. Their skin has patterns that are entirely invisible to human eyes because they’re hidden in light’s polarization – the direction (up and down or side-to-side) that light waves oscillate as they travel. The world usually doesn’t look too different through polarized sunglasses, which only show you light oscillating in one direction, because human eyes can’t tell the difference between the two. But photoreceptors in octopuses’ eyes can differentiate between them, revealing those subtle patterns that people can’t see without special cameras. 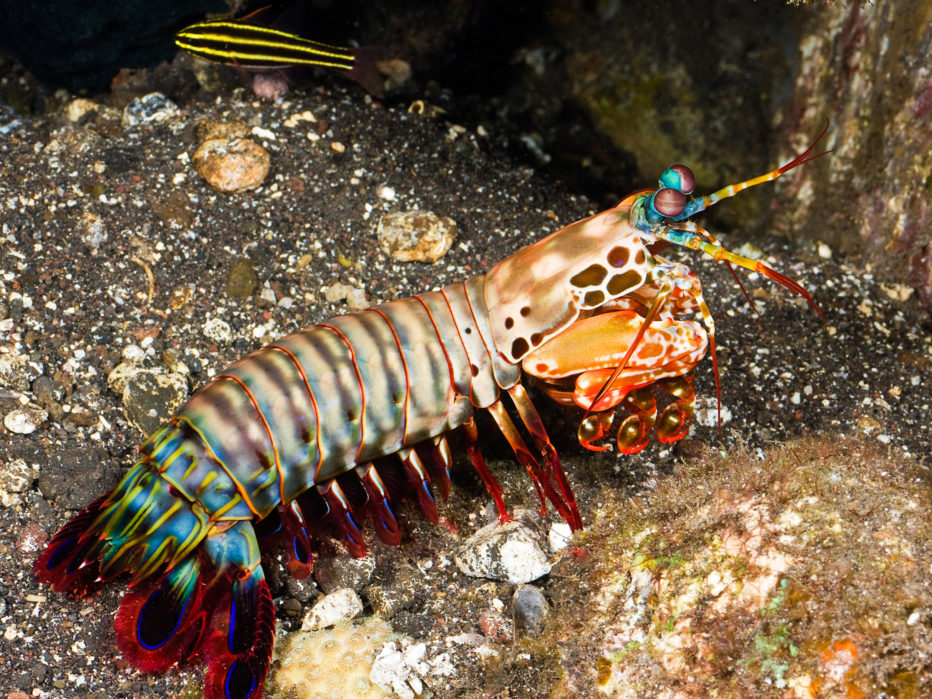 Mantis shrimp are famous for striking prey so hard that the water around them gets as hot as the sun. It’s a cool trick called cavitation, but it’s not their only superpower. Light’s polarization can also rotate clockwise or counterclockwise, giving it what’s called a circular polarization. Mantis shrimp have patterns in this circularly polarized light that are invisible to every animal on Earth – except for other mantis shrimp. To facilitate signalling and mating, their eyes have evolved filters that can distinguish between the two circular polarizations. Score one more for the mantis shrimp. 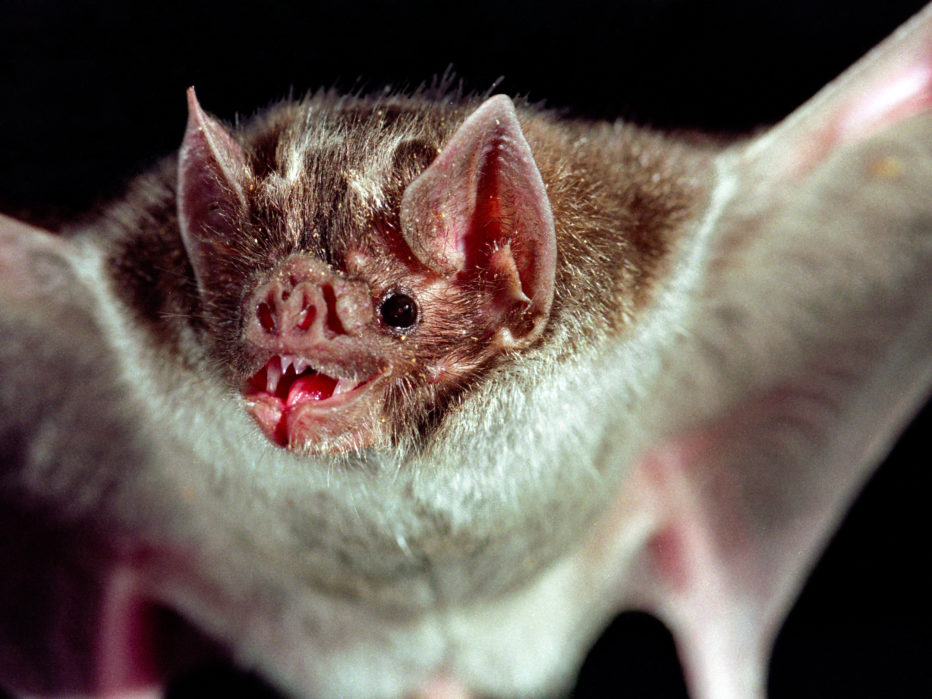 Everyone hates a phlebotomist who keeps poking away in search of a vein. Vampire bats avoid this by sniffing out veins using the same TRPV1 proteins that tell you that your tea is scalding hot. Instead of alerting them to danger, these proteins – concentrated in a bat’s nose – tell them when they’re above skin warmer than about 86 ℉, where there’s a big, juicy blood vessel hiding underneath. 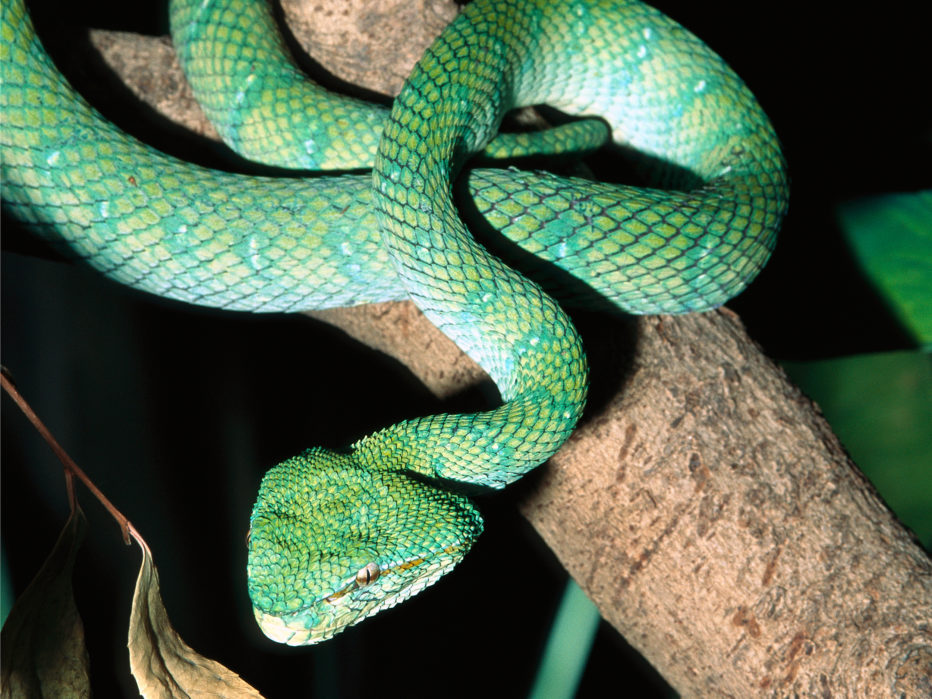 Pit vipers have night-vision goggles built into their faces. One of their namesake pits resides below each nostril, and these pits act like a pair of eyes that only see infrared light, which we feel as heat. So they distinguish temperatures instead of colors. Though the pits aren’t focused well enough for the snake to pinpoint prey without visual help, they’re so sensitive that they can notice temperature variations of as little as a thousandth of a degree. 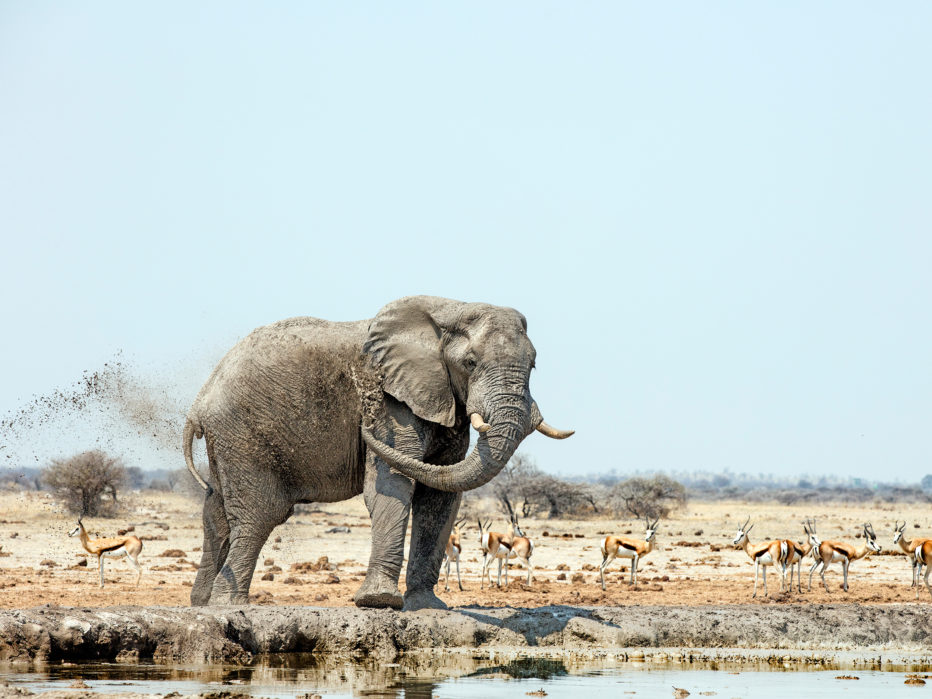 Elephants communicate in all sorts of wonderful ways. They trumpet, of course, and flap their ears and rumble at frequencies so low you might feel it, but never hear it. Cooler still, their feet and trunks are sensitive enough to pick up vibrations created by elephants as far as 10 miles away. These messages convey more than the presence of food or danger, too. Elephants can tell if the stomper is a friend or a stranger, and use subtle differences in what each foot feels to triangulate the source—like how you know where someone’s yelling from just by hearing them. 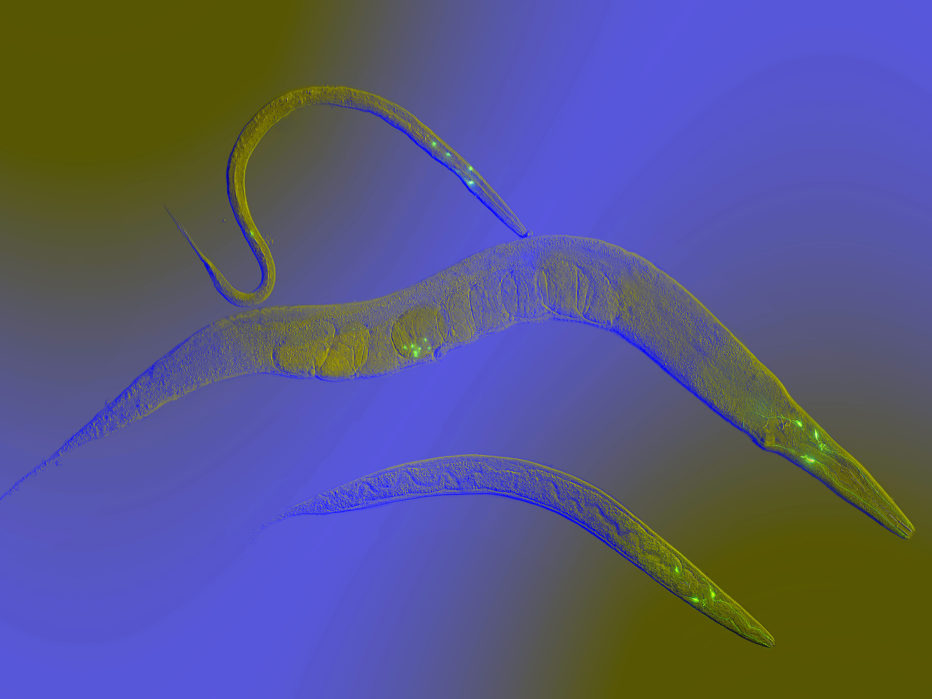 Even the lowly roundworm needs to know which way is up as it shimmies through dead plants or squirms in a petri dish. These creatures, just a millimeter long, rely on a single nerve that detects Earth’s magnetic field and orients them accordingly. Although roundworms are among the most exhaustively studied species, no one realized this about them until last year, when scientists in Texas discovered their worms from Australia burrowing in the wrong direction. 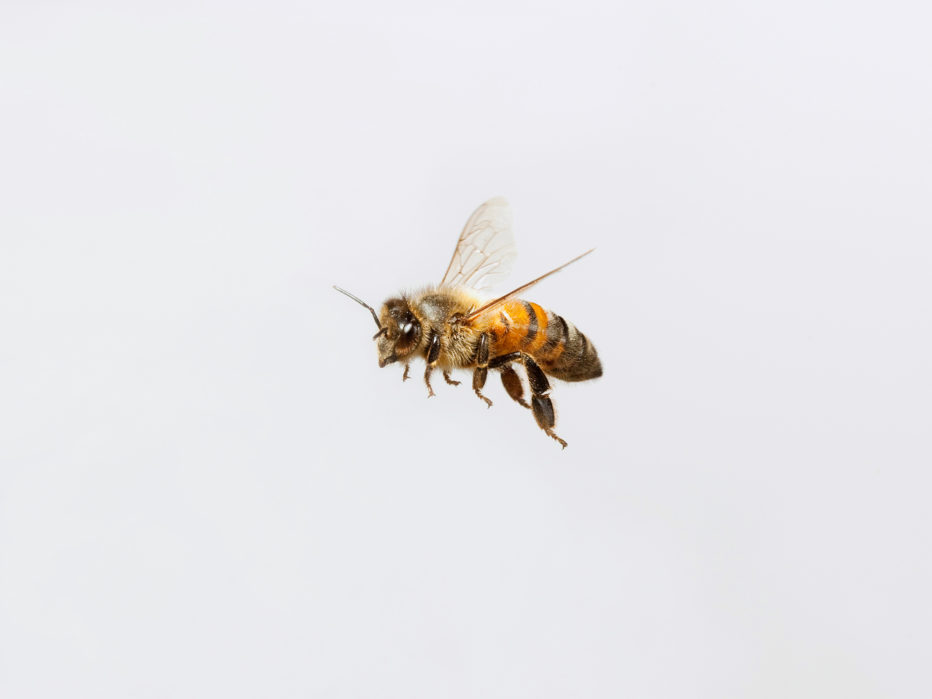 Bees are another animal that can detect the Earth’s magnetic field, but unlike birds and other creatures with this ability, no one is quite sure how they do it. The leading theory is a magnetic mineral called magnetite lining cells in the bees’ abdomens creates something akin to a compass telling them which way is north. But others think that sunlight sets off a chemical reaction in the bees whose products are affected by magnetic fields. While humans work that out, the bees will just continue using Earth’s magnetic field – mocking our limited senses in the process.