The search continued Wednesday morning for a 2-year-old boy who was dragged into the water by an alligator near Disney’s upscale Grand Floridian Resort & Spa, authorities said.

The effort was still considered a “search and rescue operation,” said Jeff Williamson, a spokesman for the Orange County Sheriff’s Department.

“We are very hopeful,” he said at a morning news conference. “Sometimes you get the worst, but we are hoping for the best.”

The family of five from Nebraska was on vacation and wading in the Seven Seas Lagoon about 9:20 p.m. Tuesday when the attack happened in an area where “no swimming” signs were posted, Orange County Sheriff Jerry Demings told a news conference earlier in the morning. The father tried to rescue his son but was unsuccessful, Demings said. 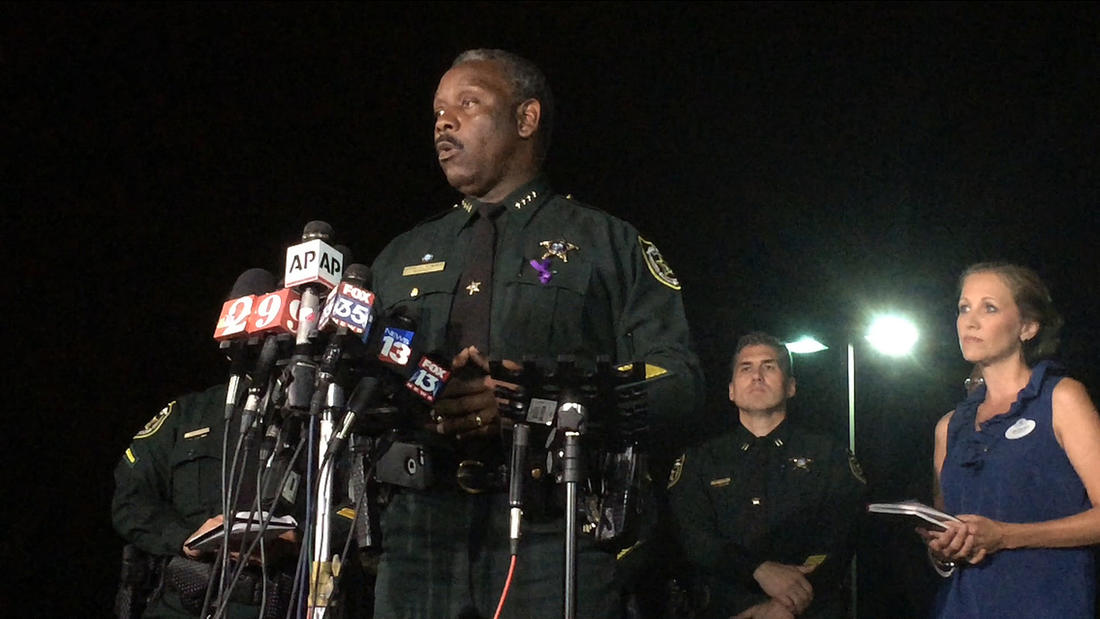 The alligator was estimated to be 4 to 7 feet long, but its exact size was not known, Demings said. The father suffered cuts and lacerations.

The beach area is part of the luxury Grand Floridian resort, across the lake from Disney’s Magic Kingdom theme park.

More than 50 law enforcement personnel searched the well-tended lagoon along with an alligator tracker and two marine units in an effort that continued through the night. Williamson said more personnel would be brought in Wednesday morning to offer some “fresh eyes” for the search.

Nick Wiley with the Florida Fish and Wildlife Conservation said it’s rare for people to be attacked by alligators, but he added that the creatures move around. He said four alligators were taken from the water overnight, but officials found no evidence they were involved. He said the alligators have to be euthanized before they are analyzed.

Williamson said the boy was at the edge of the water, probably about a foot or two into the water, when the alligator attacked. The water was dark Tuesday night as searchers looked for the boy, Williamson said. They also used a sonar boat.

Williamson said Disney’s boats were the first ones in the water.

Disney spokeswoman Jacquee Wahaler said everyone at the resort was devastated by what happened and Disney is helping the family. 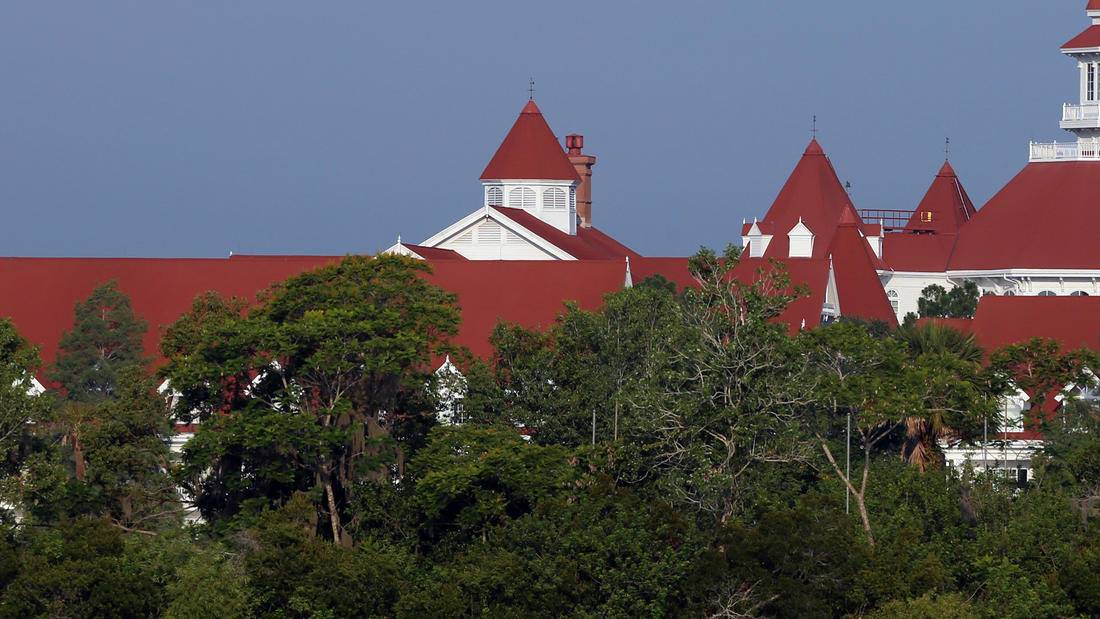 When asked if Disney was aware of alligators on the property, Wahaler advised there were signs that said “no swimming.”

Williamson brushed aside reporters’ questions about the odds of rescuing the child at this point. “Right now, hopefully, we’re searching for a little boy to bring the family some comfort,” he said.

“If you look on a map you’ll see it’s a pretty extensive body of water,” Wiley said of the lake being searched.

The Seven Seas Lagoon feeds into a series of canals that wind through the entire Disney property. 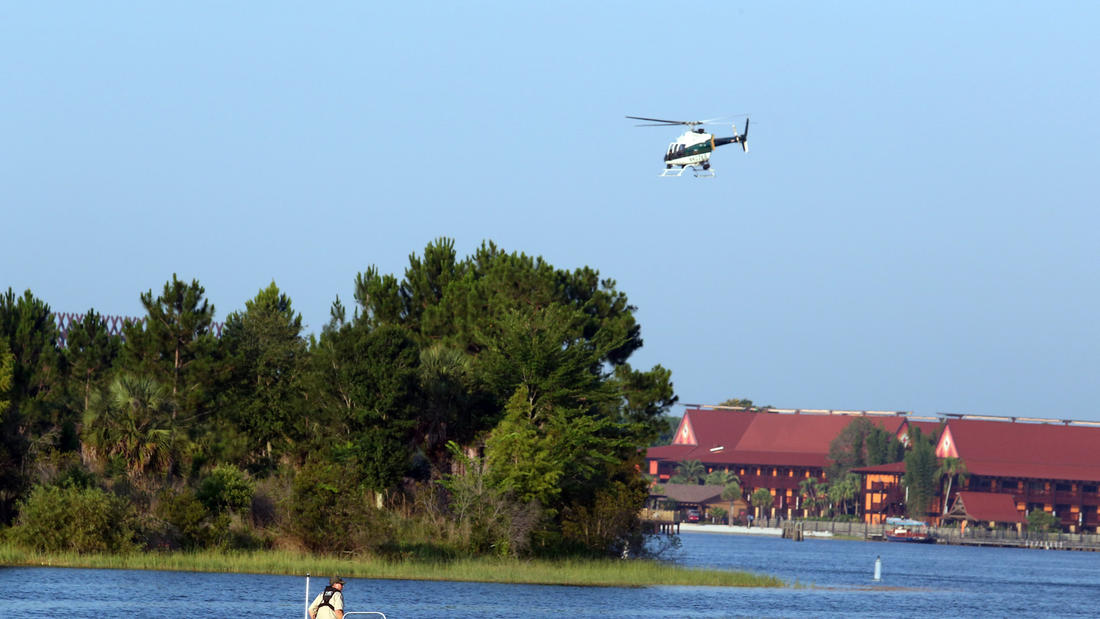 Minnesota residents John and Kim Aho, visiting Disney with their 12-year-old son Johnny, were stunned to hear what had happened to the child, whose name has not been released.

“We have been to Yellowstone and encountered grizzly bears, but this is just freaky,” John Aho said.

Kim Aho said, their son is leery of the water around the park.

“He’s a little freaked out about the gator,” she said.

Demings said there had been no other recent reports of similar alligator attacks on the lake.

In March 1997, a 3-year-old New Smyrna Beach boy was killed by a 450-pound alligator that grabbed him and dragged him into Lake Ashby in Volusia County as he walked on the shore with his dog. Officials believe the 11-foot gator was attracted by the dog. Adam Trevor Binford was pulled under the surface and drowned. Wildlife officials shot the alligator, which was still holding the boy’s body 20 hours later.

The latest alligator attack comes amid what was already a tragic week in the Orlando area. On Sunday, a gunman opened fire at a gay nightclub in Orlando, leaving 49 victims dead in the worst mass shooting in modern U.S. history.