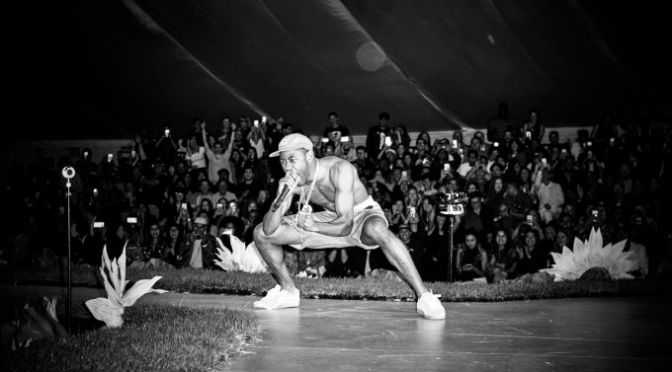 Over 20,000 people attended Kanye West’s Yeezy Season 3 show at Madison Square Garden. It’s safe to say that it was the first fashion show for a large percentage of those people. An event usually reserved for buyers, editors, and other fashion industry folk was suddenly blown-out, ticketed, and turned into one of the must-attend events of the year—for both “fashion people” and those who couldn’t care less about the difference between a jacket and a coat. It was also a sign that a fashion show could be bigger than a presentation of clothing.

“The MADE team really enjoyed Yeezy Collection 3 at MSG, and we were so impressed and inspired to bring the opportunity to Golf Wang to do a fashion show with Tyler, The Creator,” Barnett Zitron, managing director of MADE, told Complex via e-mail. “When world-class music artists take on fashion it is certainly a major deal and powerfully entertaining.”

This weekend, Tyler, the Creator put on his debut fashion show as part of MADE’s fashion event in Los Angeles. Yes, Tyler threw dozens of looks down the runway, including a tease at a future adidas collaboration, but that was only a small part of what made the first Golf Wang fashion show so exciting.

It was part concert—Tyler performed a new song called “Ego”—and part X-Games—there was a skate ramp in the middle of the stage set up. He also gave a “special gift”—free shoes—to everyone who attended. In short: It was a show that everyone, regardless of his or her knowledge of or interest in fashion, could partake in and enjoy.

Presentations like these are significant right now given that the fashion industry seems to be scrambling to find ways to reinvent the traditional fashion show format, whether that’s by making the clothes on the runway instantly shoppable or making fashion shows open to the general public, as Givenchy did for its Spring/Summer 2016 show.

Others have toyed with ways to bring fashion shows into the 21st century. Opening Ceremony turned its Spring/Summer 2015 show into a production directed by Spike Jonze. Rick Owens hired dancers in place of models. Gucci, Burberry, and Public School combined its men’s and women’s shows. But none of these feel like the sort of radical changes to the formula that outsiders like Kanye and Tyler have dared to put together.

Regardless, changes are being made. Currently, the fashion industry is finding ways to capitalize on live events. Kanye and every participant of MADE L.A., including Hood By Air and Jeremy Scott’s Moschino, sold tickets and turned their runway shows into some sort of event, be it a concert or, in HBA’s case, a performance art piece. “People are looking for an ‘experience’ now, and part of the reason fashion’s become so integrated into pop culture is because of people like Kanye, Rihanna and Tyler, the Creator using clothing lines as an extension of their brands and visions,” Alyssa Vingan Klein, Fashionista executive editor tells Complex.

There might be some grumbling from fashion industry veterans who think that runway shows are meant to be trade events for buyers and editors to see upcoming collections. But many would agree we need to rethink fashion week even if this change requires many facets of the industry to adapt with it. “I think among editors there’s a consensus that fashion week needs a good edit,” Klein explains. “From an editorial and creative standpoint, I think keeping fashion week as an industry-focused event is ideal, because there’s also that fear that collections will veer into completely commercial territory. But I am aware that’s a naive way to think about it.”

We don’t necessarily need an editor to give us a recap of fashion shows anymore, because we can live stream it or see it for ourselves on Instagram. And we don’t need a buyer because many labels have started making everything available for purchase online on their own sites directly after the show. “Many of the plays to make the fashion calendar more diplomatic—like with Insta-shows or live streams—are to bring consumers to the forefront and capitalize on their instant desire to buy the clothes they see on the runway, which certainly makes sense,” Klein says.

Fashion is now part of pop culture, and the industry is being defined and influenced by “outsiders” more than ever. Streetwear has forced its way onto the runway and the people shaping those trends don’t work at magazines or behind-the-scenes at high-profile retailers or brands. “Outsiders” like Kanye and Tyler—rappers turned designers—perform at their fashion shows or, in Kanye’s case, work with artist Vanessa Beecroft on performance art. Hood By Air constructed a mountain and turned it into a stage for entertainers who just so happened to be wearing HBA clothes.

Regardless of the approach, Zitron says “what’s important is for designer to make runway shows true expressions of their own creativity and brand.”

“The format, the scenics, the clothes, the models, who’s invited and the experience are a part of doing exactly that… The common thread between Jeremy, Tyler, and the HBA collective is that they each have an ability to think outside the box.” 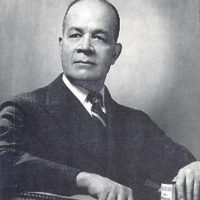