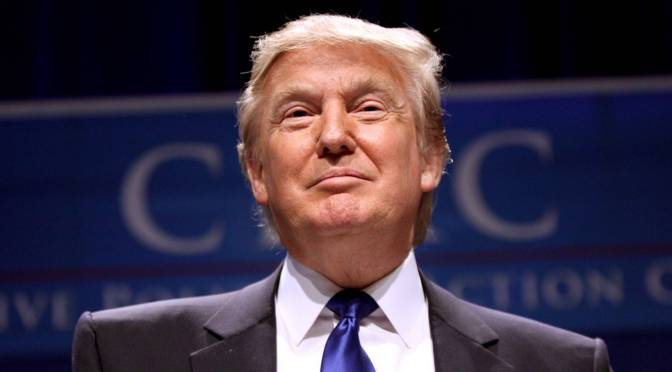 In late January, Donald Trump did something that would have sunk almost any other presidential campaign: He retweeted an anonymous Nazi sympathizer and white supremacist who goes by the not-so-subtle handle @WhiteGenocideTM. Trump neither explained nor apologized for the retweet and then, three weeks later, he did it again. This subsequent retweet was quickly deleted, but just two days later Trump retweeted a different user named @EustaceFash, whose Twitter header image at the time also included the term “white genocide.”

None of this went unnoticed among ardent racists, many of whom believe there is a coordinated effort to eventually eliminate the “white race.”

Trump is “giving us the old wink-wink,” wrote Andrew Anglin, editor of a white supremacist website called The Daily Stormer, after Trump retweeted two other “white genocide” theorists within a single minute. “Whereas the odd White genocide tweet could be a random occurrence, it isn’t statistically possible that two of them back to back could be a random occurrence. It could only be deliberate…Today in America the air is cold and it tastes like victory.”

It is possible that Trump ― who, according to the campaign, does almost all of his own tweeting ― is unfamiliar with the term “white genocide” and doesn’t do even basic vetting of those whose tweets he amplifies to his seven million followers. But the reality is that there are dozens of tweets mentioning @realDonaldTrump each minute, and he has an uncanny ability to surface ones that come from accounts that proudly proclaim their white supremacist leanings.

“The retweets are based solely on the content, not the personal views of those individuals as they are not vetted, known or of interest to the candidate or the campaign,” says Trump campaign spokeswoman Hope Hicks, who declined to explain how Trump searches through his Twitter feed. Hicks also declined (repeatedly) to answer Fortune‘s question as to whether or not Trump believes that white genocide is a legitimate concern.

Countless numbers of people mention #WhiteGenocide each day on Twitter, but Fortuneused social media analytics software from Little Bird to find those who are considered to be the most prominent. In the world of social media marketing, such people are called “influencers.”

“Our technology builds a big network of hundreds or thousands of specialists in a particular field or people who used a particular hashtag, and then analyzes the connections between the people in that network,” explains Little Bird co-founder and chairman Marshall Kirkpatrick. “We then find the person or people in that group that are most followed by others in the same group. It’s kind of like a ‘9-out-of-10 dentists recommend’ model rather than measuring people by the absolute popularity. We view it as earned influence within a specific context.”

The Little Bird software analyzed Twitter content to generate a ranked list of just under 2,000 #WhiteGenocide “influencers” as of February 8. The more impactful, the higher up on the list (which, understandably, ebbs and flows a bit over time).

But the relationship isn’t limited to retweets. For example, Trump national campaign spokesperson Katrina Pierson (who is black), follows the most influential #WhiteGenocide account, @Genophilia, which is best known for helping to launch a Star Wars boycott after it became known that the new film’s lead character was black. (Below are some recent #WhiteGenocide tweets from @Genophilia.)

Pierson also follows #WhiteGenocide influencer @Trumphat, who has tweeted that he looks forward to seeing people “swing from lampposts” on the #DOTR, which stands for Day of the Rope ― a seminal event in the racist Turner Diaries novels that inspired Timothy McVeigh. [Update: @Trumphat removed the tweet after this story was published, but Fortune retained a screenshot.]

That last example is notable, because one of those followed accounts refers to itself as AdolfJoeBiden and has a profile image of Joe Biden with Hitler’s mustache and haircut — something that would have been visible to Espenscheid were she to have followed the account while using almost any device.

Bill O'Reilly is one step away from mentioning #WhiteGenocide. He finally gets the purpose of immigration.

Trump spokeswoman Hope Hicks declined to discuss the Twitter follows of campaign staff or accounts, saying she doesn’t speak for them. Pierson did not return a request for comment.

Even the Twitter account for @USAFreedomKids, the young girls whose performance for Trump in Florida became a viral sensation, follows 13 of the top 100 #WhiteGenocide influencers, plus another account that promotes a pro-Hitler documentary called The Greatest Story Never Told.

Fortune also used Little Bird software to analyze the top 50 influencers of the Trump campaign slogan #MakeAmericaGreatAgain, and found that 43 of them each follow at least 100 members of the #WhiteGenocide network.

Donald Trump has never publicly commented on the idea of white genocide, and has publicly distanced himself from white supremacists (despite his well-publicized stumble on David Duke and the KKK). Most recently, in a Monday evening interview with CNN, Trump said he has “always condemned” white supremacists, adding: “I don’t want their support, I don’t need their support.”

But Trump clearly is partial to conspiracy theories, including his involvement in the birther movement and his appearance on a radio program hosted by Alex Jones (whom Trump has referred to as a “nice guy,” even after Jones claimed The Boston Marathon bombings were carried out by the U.S. government).

To repeat what Hope Hicks said, Trump neither checks nor cares that an account like@NeilTurner_ ― which he has retweeted five times ― includes the phrase “#WhiteGenocide is real” in its bio.

What the data shows, however, is that Donald Trump and his campaign have used social media to court support within the white supremacist community, whether intentionally or unintentionally. And it appears to have worked.

@realDonaldTrump We need a wall against White Genocide and a wall on the border! #MakeAmericaGreatAgain pic.twitter.com/gYGFcd1V5a 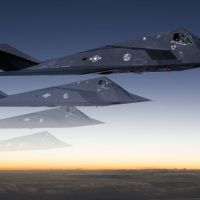