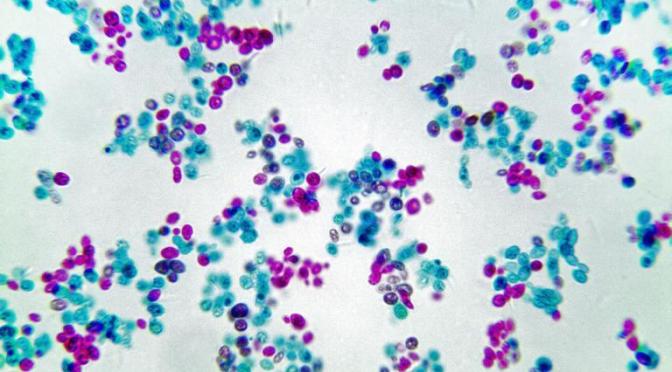 Just when we’ve wrapped our minds around the seriousness of antibiotic-resistant bacteria, a new threat is emerging: multidrug-resistant fungus.

“Fungus” might normally suggest athlete’s foot or a yeast infection, but this is much worse. The kind of fungal infections now worrying experts aren’t transient problems that can be cured by over-the-counter remedies. Instead, they’re infestations of sterile parts of the body that don’t respond to the few antifungal drugs available to treat them. And—for the first time—they seem to be causing hospital outbreaks.

One highly resistant form of yeast, called Candida auris, has been found in several hundred cases in nine countries since 2009: on the Pacific Rim, in South Asia, in the Middle East, in the United Kingdom, and in South America. The Centers for Disease Control and Prevention (CDC) is so concerned that it recently sent an alert to U.S. hospitals, even though only one possible case of the resistant fungus has been identified in the United States so far.

“We wanted to get out ahead of the curve, to try to inform our healthcare community,” saidTom Chiller, a physician and the CDC’s deputy chief of mycotic diseases. The CDC is asking hospitals to pay close attention to any serious fungal infections they encounter and to contact the agency if something looks unusual.

The CDC’s announcement is actually the second recent warning that rising resistance in fungal infections deserves attention. A high-profile British project called the Review on Antimicrobial Resistance, created by just exited British Prime Minister David Cameron, spent the past two years examining the rise of antibiotic resistance around the world, and all the possible paths to fighting it.

Last December, the group published a little noticed caution that the overuse of fungicides on food crops—and build-up of the drugs in the environment—would help resistance develop. Along with surveillance for drug resistance, new research to find alternatives that agriculture can use is critical, they said.

By themselves, fungal infections—even ones that invade the bloodstream or bones—aren’t a new problem. Yeasts exist throughout our environment and move from there to our guts, where their growth is held in check by the complex interactions of all the bacteria that live there. But when some of those bacteria are killed off by antibiotics—especially the long courses of drugs given in intensive-care units—or when illness or infection disrupt the immune system, yeasts can surge out of control and cause a whole-body infection. These invasive infections can be deadly, killing maybe a third of patients who develop them.

The new, highly resistant fungal infections have twice that mortality rate: They appear to kill up to two-thirds of people who develop them. And unlike the cases medicine is used to, in which a patient unwittingly causes their own infection, the new highly resistant yeasts seem to be moving patient-to-patient inside hospitals.

The CDC had already been tracking an increase in resistance in serious fungal infections in the U.S., caused by a different species, C. glabrata. Then, Chiller said, they began to hear from health ministries in other countries about problems with resistant C. auris: first South Africa and Korea, then Pakistan, which was experiencing hospital outbreaks.

“It seemed to be setting up shop in the hospital, and they were having some real challenges getting it under control,” he said.

A Host of Unknown Factors

Carol Kumamoto, a molecular biologist at Tufts University School of Medicine who studies the common yeast strain C. albicans, said drug resistance in any yeast strain poses a tough challenge. “There are relatively few drug classes that are available to treat fungi, as opposed to bacteria,” she said. “This organism is cause for great concern because it has resistance to all of the classes of drugs that we have.”

Researching what’s going on will be difficult, she said, because the resistant strain may be a new species—or at least an underappreciated one. That means factors as simple as what its environmental source might be, how well it clings to skin or colonizes the gut, and how it acquires drug resistance are all unknown. Adding to the problem, she cautioned, is that fungi overall are less studied than bacteria, and making antifungal drugs offers even fewer opportunities for profit than making antibiotics does.

The foreign hospitals that sought the CDC’s help had difficulty identifying C. auris in their labs, making the size of the problem difficult to determine. “We know of hundreds of cases around the globe; there could be more,” Chiller said. “It is hard to know the exact numbers because a lot could be misidentified.” Helping to develop a more accurate test will be one priority, he said. (U.S. hospitals that think they have a highly resistant yeast strain, or one they cannot identify, should contact the CDC at candidaauris@cdc.gov.)

Just as important is figuring out what, exactly, is going on: why this fungus emerged, whether it’s new, and why it behaves so differently. One possibility, Chiller said, could be the environmental use of fungicides that the British review flagged. Another could be the same overuse of antibiotics that drives antibiotic resistance—not because antibiotics kill fungi but because they kill the bacteria whose interactions keep fungi in check.

“To be honest, I don’t even have a hypothesis yet,” Chiller said. “We need data, and so far we haven’t been able to get into the field and do the studies we need.” 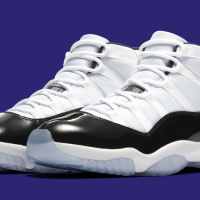