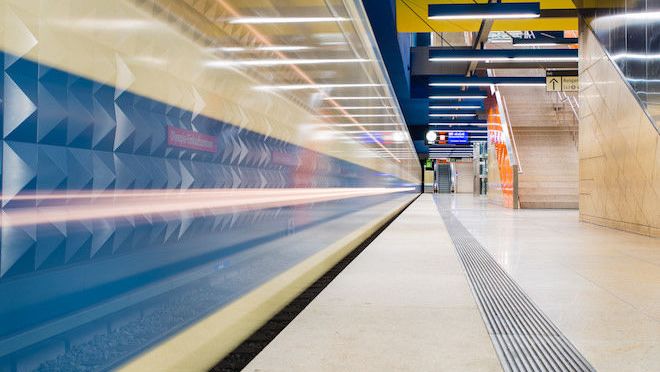 According to Reuters, up to 15 people were shot at the Olympia-Einkaufszentrum (OEZ) shopping mall. Police sealed off the surrounding area, shutting down subways and other public transportation and telling people to stay indoors.

“We believe we are dealing with a shooting rampage,” a spokeswoman for Munich police said, according to Reuters. Police reportedly evacuated the shopping mall.

“All the people from outside came streaming into the store and I only saw one person on the ground who was so severely injured that he definitely didn’t survive,” an employee said, according to The Mirror. “We have no further information, we’re just staying in the back in the storage rooms. No police have approached us yet.”

Video surfaced that appears to show the shooter opening fire:

The shooting comes days after ISIS claimed responsibility for a 17-year-old refugee’s axe attack on a train left several people injured and many more hospitalized for shock in Germany. However, a police spokesperson clarified Friday that there is “currently no evidence of an Islamist background” in the Munich shooting.

Police have not yet said who is believed to be behind the attack in Munich, but they say multiple gunmen were involved. No arrests have been made yet.

UPDATED 9:12 p.m. ET: Munich police chief Hubertus Andrae said nine people were killed in the shooting and that the gunman, who has been identified as an 18-year-old German-Iranian killed himself, reportedCNN. Andrae also said 21 people were injured with three in serious condition.

Police still don’t know what motivated the attack, but did say the gunman was thought to have acted alone. The gunman was living in Munich for over two years Andrae said.

UPDATED 5:15 p.m. ET: Eight people were killed and several others injured in a “shooting rampage” at a Munich shopping mall, according to Reuters. A police spokesperson told the Associated Press that the incident which they called a terrorist attack, happened outside a local McDonald’s. Multiple armed suspects, as many as three, reportedly remain at large.