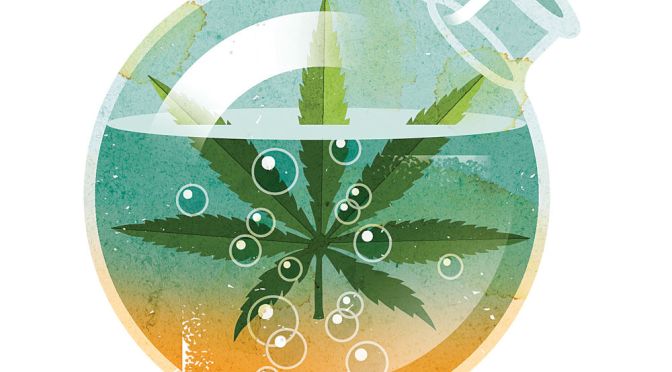 The FDA just approved a new, synthetic THC product for use in treating a variety of ailments, in liquid form. But despite being the first liquid THC replacement on the market, this may not be worth the buzz.

Syndros is a liquid dronabinol, which is a synthesized version of THC or tetrahydrocannabinol. The FDA approved it this week as a Schedule III drug—essentially calling it safe and free of addictive tendencies, in comparison with marijuana, which remains a Schedule I drug alongside heroin.

Dronabinol has been around since the 1980s. It’s generally regarded as less effective for a number of reasons, not the least of which is that it lacks other compounds from natural marijuana that, when mixed with THC, create the effects everyone seems to be willing to break the law to get. The liquid form may be easier for the body to absorb than dronabinol in pill form.

At least for now there’s another legal option with some fighting potential for people suffering pain, nausea, epileptic seizures, Alzheimer’s, and the dozens of other ailments, diseases, and symptoms marijuana is proven to help combat.

No word on whether it falls under the same legal codes as recreational marijuana in states where that has been legalized, but if Snoop happens to begin marketing a special beverage in the next year, it may be connected.