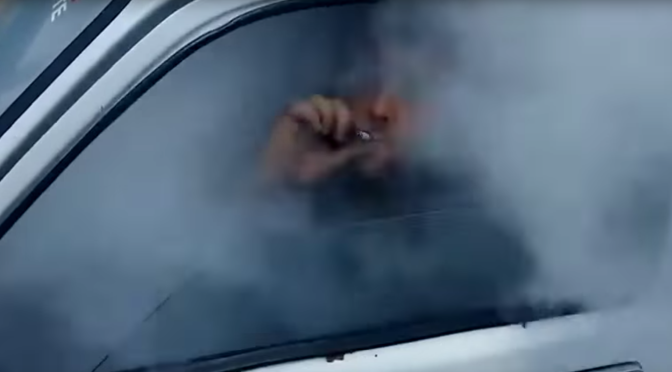 Blood, breath and urine. These are the holy trinity of determining alcohol intoxication but are virtually useless when measuring the amount of THC in your system thanks the the molecule’s ability to remain present in bodily fluids for up to a month after consumption. However, atechnological breakthrough from Stanford University could soon enable law enforcement to accurately determine how blunted you are as soon as they pull you over.

Rather than the three standard fluids, Stanford’s “potalyzer” measures the amount of THC present in your saliva. It’s reportedly accurate enough to detect as little as 0 to 50 nanograms of THC per milliliter of spit. The system, developed by Dr. Shan Wang and his team, uses magnetic biosensors to detect the THC molecules present in saliva. The technology actually grew out of Wang’s earlier research into in vitro cancer diagnostics and magnetic information storage.

The test itself involves first mixing the saliva sample with antibodies that bind to the THC molecules and act as markers. The sample is then spread on a test strip that’s been pre-coated in THC and loaded into a handheld measuring device. The more THC that’s present in the sample, the fewer antibodies will be free to bind with the THC on the test strip. By measuring the amount of unbound THC on test strip, the system can accurately estimate how much THC was present in the initial sample. This estimate is then confirmed by applying magnetic nanoparticles that are precisely engineered to only bind with the THC-antibodies and measuring the electrical differential. The meter’s results are then displayed on aBluetooth-connected mobile device.

Interestingly, this technology could easily be applied to almost any small molecule including morphine, heroin, meth or any number of illicit or prescription substances. Of course, even if the potalyzer works as advertised, we’re still going to have to wait for existing laws to catch up to the technology. In Colorado, for example, where recreational cannabis use is perfectly legal, there are no strict limits on the amount of THC you can have in your system that determines DWI culpability — the entire process is left up to the officer’s discretion. While devices like this can help curb discretionary abuses by law enforcement, more research into how one’s tolerance impacts their ability to handle different amounts of THC will be necessary to prevent the establishment of unfair arbitrary legal limits.