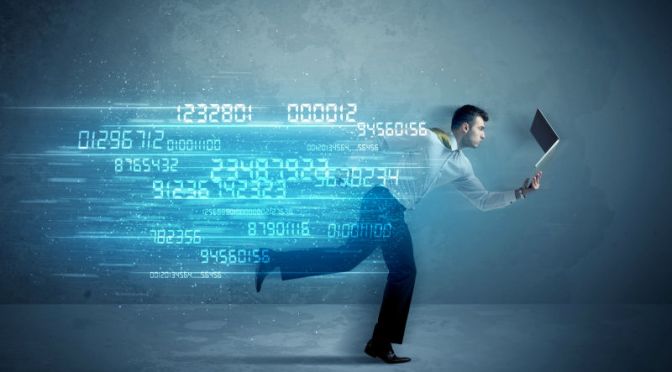 Nokia Bell Labs, Deutsche Telekom T-Labs and the Technical University of Munich have made some important strides towards extremely fast internet connections. The team says they have achieved “unprecedented transmission capacity,” at a rate of 1 terabit-per-second.

The terabit milestone is almost the “theoretical maximum information transfer rate” on a fiber link, the team said. That’s pretty fast! It was achieved by adjusting the transmission rates so that it “dynamically adapted to channel conditions and traffic demands.” Instead of just a straight drag race to see how fast they could crank up the data transfer speeds, this approach seems to use a more intelligent process in order to achieve the terabit speed at a sustainable scale.

Just to put that in perspective, a 1Tb connection allows the transfer of 125 gigabytes-per-second. So, in theory, with a terabit connection you could download 25 five-gigabyte movies in a single second. Researchers have achieved these super-fast speeds before, but the breakthrough here is that these speeds were achieved on a real network, meaning its less theoretical and much more possible we could see it deployed in the real world. Past milestones, like the 1.4Tb connection achieved in the UK a couple years ago, use multiple connections to achieve the blazingly fast speeds or happen in a controlled lab environment.

Terabit connections might not be coming to your house in the immediate future, but data service providers are going to need to cope with the eventual rollout of 5G wireless networks, which will allow smartphone users to use insane amounts of data. This breakthrough may help those data service providers dish out the massive amounts of bandwidth needed to service a 5G network.