Nintendo of America president Reggie Fils-Aime has garnered a reputation for being a larger-than-life character, whether he’s onstage presenting his company’s latest or getting ready for a one-on-one interview. He’s playing Super Mario Run on an iPad mini when our meeting begins, as if he just can’t stop to focus on the more mundane task at hand. “I’m gonna put this down now,” he says as we get started. “I had a great run going, too.”

It’s clear salesmanship, but it doesn’t feel dishonest. Fils-Aime is one of Nintendo’s most passionate and charismatic advocates, and the brief time I spent with Super Mario Run prior to this meeting made me believe Nintendo has successfully crafted an addictive experience that stays true to Mario’s roots while also feeling native to mobile devices. With that mission accomplished, Fils-Aime is ready to talk about the rather stunning reversal Nintendo has gone through in regard to mobile games. Rather than build only for its own hardware, Nintendo is now focused on making experiences for phones that don’t devalue the company’s franchises.

“The mobile business really has changed versus when Mr. Satoru Iwata [the late CEO of Nintendo] made those comments way back at GDC,” Fils-Aime said, referring to when Iwata dismissed the value of mobile gaming back in 2011. “As we sit here today, literally multiple billions of smart devices are out there in the marketplace … in places like India, throughout parts of Europe, parts of South America where we don’t have a robust dedicated console business. So it really is a different type of opportunity, arguably a mainstream opportunity, that we’re looking at now.”

Those comments sound very similar to what Google, Microsoft and Apple have all said about reaching the “next billion” consumers in developing regions coming online. Those consumers are getting online not with traditional computers but with mobile phones. And Nintendo views mobile as a huge opportunity in those markets as well.

Specifically, Fils-Aime mentioned Brazil as a perfect case where mobile can unlock a big market for Nintendo. He said the country has import duties that make a $200 Nintendo 3DS cost the equivalent of about $600 for a local consumer. “That’s a really tough business model — and yet they all have smart devices,” he explained. “As a way to satiate the desire for our IP, to introduce new IP, to effectively keep the market warm while we figure out how to do business there with our dedicated systems, [mobile] is a huge business opportunity for us.” 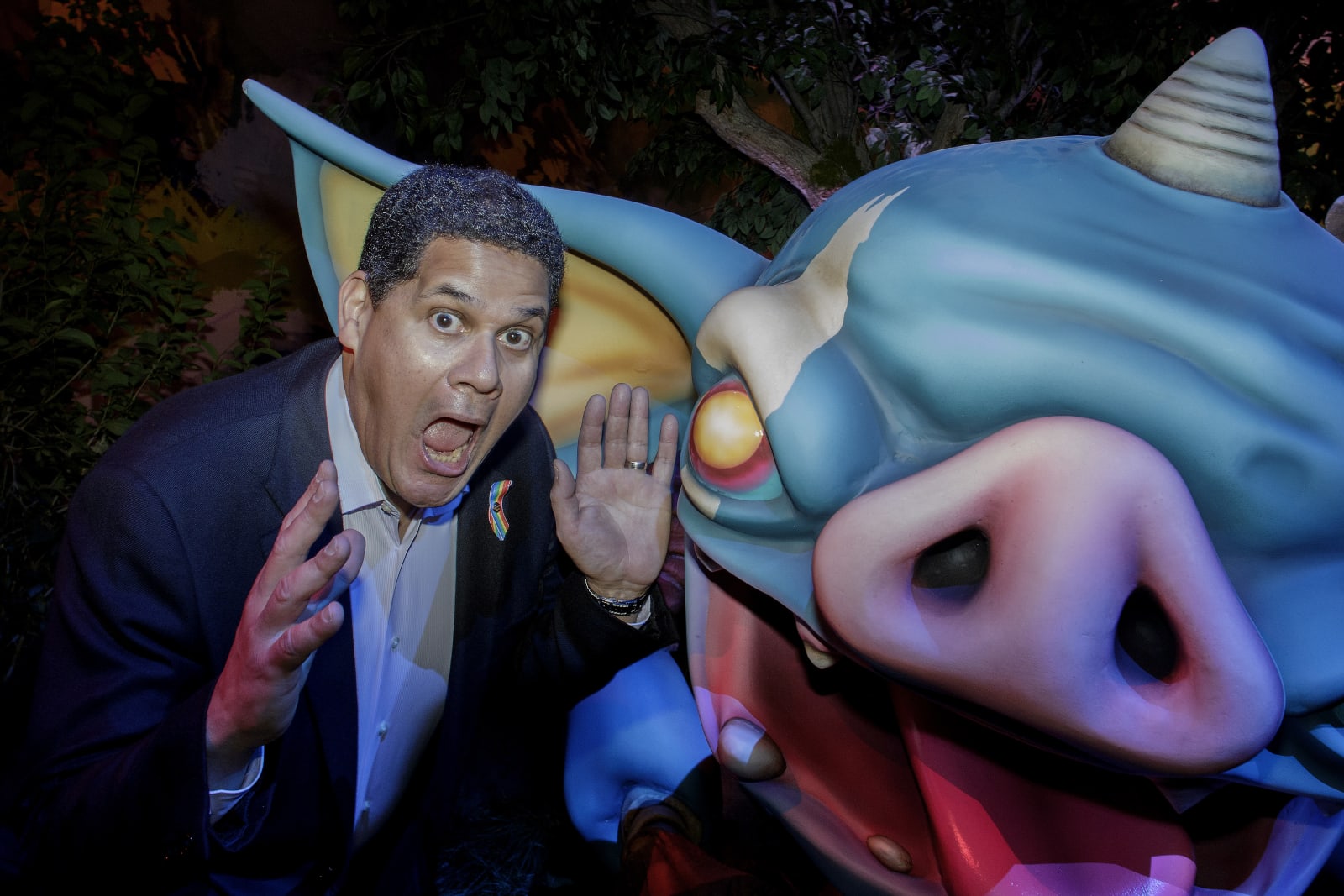 To that end, Fire Emblem and Animal Crossing will follow Super Mario Runto smartphones in Q1 of 2017, and it seems all but certain more mobile games will follow. Fils-Aime promises the company will provide both value and experiences you can’t get anywhere else, whether you’re playing on a smartphone or on Nintendo’s own hardware. “What we will do is create experiences specific to the device,” Fils-Aime said. “We’ve optimized [Super Mario Run] for the [smartphone screen] — and in doing so it really is taking an approach that is unique, is differentiated, and looks to maximize the value of our IP.”

Of course, Nintendo could have made specific mobile experiences four years ago, but now the opportunity is simply too big to ignore. In 2011, Iwata said that mobile games might help profit in the short term but ultimately not help Nintendo’s “mid- and long-term competitive strength.” However, with millions of consumers who can’t afford a Nintendo console but carry their smartphones everywhere, going mobile can provide a good fix until the company figures out a good way to affordably bring its hardware to various markets.

The launch of Pokémon Go this summer certainly helped Nintendo realize how big an impact a good mobile game can have on the company’s core hardware business. “We saw the impact on our 3DS hardware [and] the 3DS game sales,” Fils-Aime said. “We know that the launch of Pokémon Gogenerated a tremendous amount of play and anticipation for all things Pokémon; certainly we hope that Super Mario Run will do the same thing for all things Mario.” Further quantifying the impact of Pokémon Go, Fils-Aime said that 3DS hardware sales have increased year-over-year every month since June.

Still, there are going to be consumers who think: Why buy a Nintendo Switch when I can get Mario on my phone? But it’s not something keeping Fils-Aime up at night — while the company may have started crafting great mobile games, it still believes its hardware will be something no other platform can truly match.

“Go back and look at the Nintendo Switch video that we aired back in October and ask yourself: Can you do that on a smart device?” Fils-Aime asked, somewhat rhetorically. “Can you have a big-screen experience and then, ‘I gotta go jump on the train — I’m going to take it with me and continue to have that great experience’?” Again he answers his question: “No, you can’t do that. We believe in creating a differentiated experience for all the platforms that we participate in, and if we do that, the consumer will see how these experiences are different and how there’s room for all of them in their entertainment time.”

In some ways, the combo of the Switch and Nintendo’s mobile game strategy seems to be an admission that mobile games are going to kill dedicated handheld consoles sooner than later. Nintendo did surprisingly well with the 3DS, but it seems likely that it’ll use mobile for quick gaming fixes and the Switch for in-depth experiences going forward. And since the Switch can be used on the go as well, those used to the deeper experiences a 3DS can provide shouldn’t worry about being stuck with quick-play games like Super Mario Run when they need a portable gaming fix.

We still need to find out more about the Switch before we can say if Nintendo’s new strategy will be successful. But after the confusing and poorly received Wii U, it feels like Nintendo might be able to recapture the public’s imagination. It’s a tall order, but 20 minutes with Mario on the iPhone had me missing all the fun I’ve had on Nintendo systems in the past. With the Switch right around the corner, now’s the perfect time for Nintendo to get old fans back into the fold — if games like Super Mario Runcan do that, the move to mobile will surely have paid off.