Donald Trump once described Mexico’s wealthiest man as the string-pulling manipulator who orchestrated a media conspiracy to defeat his election campaign.

Carlos Slim has previously scrapped a TV deal with Trump on the grounds that he was a racist.

But the two billionaires appear to have set aside those differences, for now at least, sitting down to a meal at Trump’s Mar-a-Lago resort in Florida on Saturday.

Contents of the dinner or discussion were not disclosed, though Trump called the encounter “a lovely dinner with a wonderful man” in a statement to the Washington Post, which broke news of the meeting.

The president-elect’s statement sounded a softer note on the subject of Slim, who Trump attacked over his ownership stake in the New York Times and friendship with Bill Clinton, whose foundation Slim has donated to over the years.

“The New York Times strings are being pulled by Mexico’s Carlos Slim, a billionaire who benefits from Nafta and supports Hillary Clinton’s open border policies,” Trump alleged in an 23 October campaign statement.

Slim, the son of Lebanese immigrants, made his early money by investing in Mexico at a time others were abandoning the country. His net worth dwarfs that of the property developer-turned-president elect.

He won control of the Telmex monopoly in the early 1990s and turned it into what was for a time the world’s largest private fortune. Slim has attacked Trump’s talk of ripping up Nafta, which threatens to undo two decades of increased economic integration with the United States.

The Washington Post reported Trump’s ex-campaign manager Cory Lewandowski travelled to Mexico City to arranged the meeting, which was to touch on topics such as trade and the economy.

News of the encounter came as a surprise, as Trump had described Mexicans as “rapists” and promised to build a border wall and deport millions of migrants. He also appears to have had an unhappy history in his attempts at doing business south of the border.

“He doesn’t seem to have any good Mexican buddies,” said Federico Estévez, political science professor at the Autonomous Technological Institute of Mexico. “The only Mexicans he knows he hates – like Slim.”

Slim has not spoken on the Trump meeting, but had softened his tone since the election, telling a business forum, “If the United States grows 4%, increases infrastructure and lowers taxes, that is good.”

Other suspected self-interest from a man whose business empire is so expansive in Mexico, it’s joked that Mexicans can’t help but put money in Slim wallet as they go about their daily lives.

“As patriotic as Slim may be, he’s interested foremost in his business. So he could be meeting Trump to ensure that nothing happens to all his dealings in the US,” said Esteban Illades, editor of the Mexican magazine Nexos.

“Slim probably noticed that the Mexican government isn’t doing enough, so he’s taking diplomacy into his own hands.”

The Mexican peso has plummeted since Trump announced his presidential aspirations and forecasts have slashed 2017 growth projections. The federal government and central bank, meanwhile, say they have plans to confront Trump, though few proposals have been announced. Many Mexicans seem to be betting that Trump will soften his positions prior to taking office.

“They’re still expecting him to smooth over the message … once he has to govern, he will act and think differently from when he was campaigning,” Estévez said.

“They firmly believe that piece of establishment nonsense, even though he has shown no evidence of it thus far.”

Past attempts at talking with Trump have proved problematic for Mexico’s president Enrique Peña Nieto.

Peña Nieto invited Trump to the presidential palace in Mexico City in late August – an ill-fated meeting in which Mexicans complained their leader acted passively in the presence of a person they considered a bully and the biggest threat to the country since the authors of the Mexican-American war of the 1840s.

“The [Peña Nieto] government has not known how to deal with Trump from the start,” said Javier Garza, a journalist and political analyst in the city of Torreón. “It’s not clear that Trump will soften his message on Mexico. What is clear is that Trump seems inclined to use businessmen instead of politicians or diplomats as his channels with Mexico.” 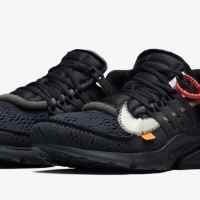