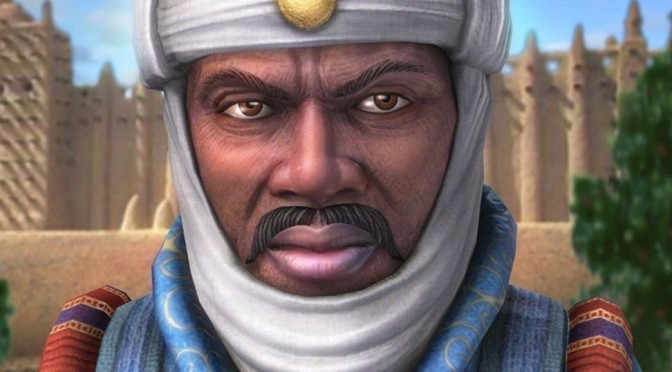 Richest Man to Ever Live

Emperor Mansa Musa I, an African king from the late 13th century, is considered the richest person to ever live, with an estimated net worth of $400 billion, according to www.celebritynetworth.com, above the noted Sam Walton, Warren Buffett and Bill Gates combined wealth.

Appointed to the Throne

Musa came to the throne of West Africa’s Malian Empire through a practice of appointing a deputy when a king goes on his pilgrimage to Mecca or journeys somewhere else and later naming the deputy as heir. According to historians, Musa was appointed the deputy of Abubakari II, the king before him, who had reportedly embarked on an expedition to explore the limits of the Atlantic Ocean and never returned.

Wealth Through Salt and Gold

Musa made his unprecedented fortune by maximizing his country’s salt and gold production and through widespread construction of mosques that still stand today, 700 years later. He imposed his rule on trans-desert trading towns such as Walata. Musa’s rule produced more than half the world’s supply of salt and gold.

News of the Malian Empire’s city of wealth even traveled across the Mediterranean to southern Europe, where traders from Venice, Granada and Genoa soon added Timbuktu to their maps to trade manufactured goods for gold.

When Musa made his pilgrimage to Mecca in 1324, it was an historic event. He had a procession that included 60,000 men, each carrying four pounds of gold bars. Musa funded the excursion for all, including dozens of animals. The poor on his route were the recipients of gold from him.  Musa’s vast dispensing of gold was so huge that  he upset the value of goods in the region. Gold became more plentiful and, therefore, worth less. In the cities of Cairo, Medina and Mecca,  gold was devalued for an entire decade.   To rectify the gold market, Musa borrowed at a high interest rate all the gold he could carry from  lenders in Cairo. He directly controlled the price of gold in the Mediterranean, reportedly the only time in history one man has done so. Furthermore, it has been recorded that he built a mosque every Friday.

Responsible for the Prominence of Timbuktu, One of the Greatest Cities in History

In 1330, the kingdom of Mossi invaded and conquered the city of Timbuktu. Gao had already been captured by Musa’s general, and Musa quickly regained Timbuktu and built a rampart and stone fort, and placed a standing army to protect the city from future invaders.

Through Musa’s influence, Timbuktu became a center of trade, culture and Islam and one of the most famous cities in the world. Markets brought in merchants from the Middle East, Egypt and other African kingdoms.

The University of Sankore in Timbuktu was restaffed under Musa’s reign with jurists, astronomers and mathematicians. It became a center of learning and culture, drawing Muslim scholars from around the world.

Musa did not only embark on a large building program, building mosques and madrasas in Timbuktu and Gao, he also did so in the cities of Djenné and Ségou. He brought architects from Spain and Cairo to build palaces in Timbuktu and the great Djinguereber Mosque.

During this period, there was an advanced level of urban living in the major centers of Mali. Sergio Domian, an Italian art and architecture scholar, wrote the following about this period: “Thus was laid the foundation of an urban civilization. At the height of its power, Mali had at least 400 cities, and the interior of the Niger Delta was very densely populated.”

One of the Greatest Statesmen in History

Musa also enclosed a large part of the Western Sudan within a single system of law and order. He did this so successfully that the Moroccan writer Ibn Battuta, traveling through Mali about 12 years after Musa’s death, found “complete and general safety in the land.” This was a huge political success, and made Musa one of the greatest statesmen in the history of Africa.

The death of Mansa Musa is highly debated among modern historians and the Arab scholars who recorded the history of Mali. After Musa’s death in 1331, his heirs were unable to maintain the fortune, and it was substantially depleted by civil wars and invading armies. While Musa’s palace has since vanished, the university and mosque still stand in Timbuktu today.