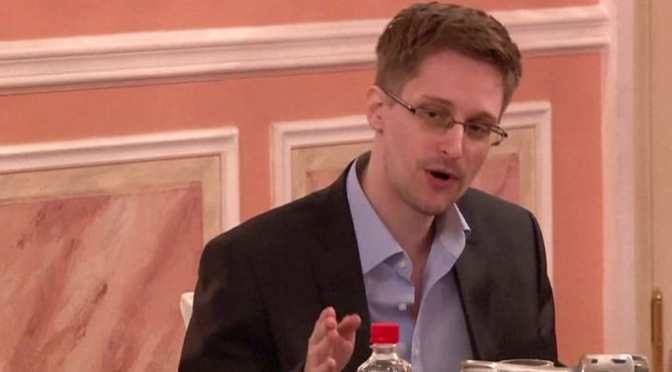 Between statements from the Department of Homeland Security and Office of the Director of National Intelligence accusing Russia of interfering with the 2016 Presidential Election, as well as President Trump’s recent comments about Vladimir Putin in a Fox News interview, there appear to be multiple links between the Trump administration and Putin. A recent report cites the history between the two leaders as the possible basis for extraditing NSA whistleblower Edward Snowden.

“U.S. intelligence has collected information that Russia is considering turning over Edward Snowden as a ‘gift’ to President Donald Trump — who has called the NSA leaker a ‘spy’ and a ‘traitor’ who deserves to be executed,” wrote by Cynthia McFadden and William Arkin in an NBC report citing an unnamed senior U.S. official. According to the source, “highly sensitive intelligence reports” detail internal discussions with Russian officials of the belief extraditing Snowden will strengthen bonds between Trump and Putin.

“Team Snowden has received no such signals and has no new reason for concern,” said Wizner, while speaking exclusively to NBC.

The rumors of Snowden’s possible extradition follow a January op-ed piece by former CIA director Michael J. Morrell calling such an extradition “the perfect inauguration gift” for President Donald Trump. For his part, Trump referred to Snowden as a spy and hinted he should be executed in a 2014 tweet.

Snowden is a spy who has caused great damage to the U.S. A spy in the old days, when our country was respected and strong, would be executed

Naturally, Snowden had other thoughts about the matter.

Finally: irrefutable evidence that I never cooperated with Russian intel. No country trades away spies, as the rest would fear they're next. https://t.co/YONqZ1gYqm

“No country trades away spies, as the rest would fear they’re next,” Snowden tweeted, in response to the initial NBC report.