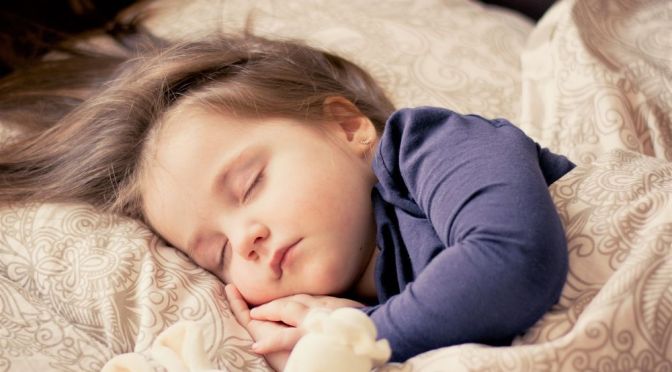 It’s a known fact that as we age, we sleep less. But the reasoning behind this phenomenon is poorly understood. Do older adults sleep less because they need less sleep, or because they simply can’t get the sleep they need?

In a review out today in the journal Neuron, a group of researchers from the University of California, Berkeley argue the latter—that because of certain brain mechanisms that change as we age, we are unable to get a necessary amount of sleep. Researchers say this knowledge not only gives them a platform to develop medication to target this problem, but also a means to implement therapies already available that can treat these issues.

Every animal on Earth needs some kind of sleep, says lead study author Matthew Walker, head of the sleep and neuroimaging laboratory at Berkeley. This means sleep likely evolved right alongside life itself. However, Walker says, “Evolutionarily, sleep is about the dumbest thing you would ever do.” While you are sleeping, you are rendered useless: you’re unconscious, you aren’t foraging or socializing, and you’re vulnerable to predation. Sleep should have been weeded out of living creatures long ago, but it hasn’t. The reason, Walker says, is because sleep is vital to life itself. In humans, every major organ and regulatory system needs sleep in order to function properly.

And in recent years, scientists have begun to find causal links between a lack of this necessary unconscious state and a host of diseases like cardiovascular disease, diabetes, and obesity. At the same time, researchers have learned that as we age, our ability to gain a restful sleep declines.

Walker and his colleagues argue that that’s the result of a loss of neuronal connections in the brain that pick up on sleepiness cues. In experiments that compared the amount and type of chemical signals involved in sleep in younger mice to older mice, neuroscientists found that the chemical signature is the same regardless of the rats’ age. The problem, Walker says, is that the receptors in the brain that receive that signal decline with age. In other words, the aging brain has the same sleep cues inside of it, but it’s unable to pick up on those cues. “It’s almost like a radio antenna that’s weak,” Walker says. “The signal is there, but the antenna just can’t pick it up.”

The most exciting aspect of this, Walker says, is that while we used to think that sleep deprivation was a consequence of aging, we now think that insufficient sleep is perhaps actually a contributing factor to aging itself. He hopes that this way of thinking will lead to better therapies to combat this universal aspect of aging.

You might be surprised to find out when this sleep deprivation begins. Walker says that individuals shouldn’t think that this only occurs once they reach their senior years. Sleep decline often begins in the late 20s and early 30s, and continues on a steady downhill track as time goes on. In fact, by the time a person hits 50, they will only have about 50 percent of the deep sleep that they were getting in their early 20s. By 70, individuals have little, if any, high-quality deep sleep. Instead of going through the proper sleep cycles that ensure a well-rested night’s sleep, they wake up throughout the night, constantly inhibiting the deep sleep that’s essential to proper brain function. “It’s probably one of the most dramatic physiological changes that happen with aging,” Walker says.

So what can we do about it? Unfortunately, there’s no quick fix. There’s been little research into developing drug therapies that would target these sleepiness receptors in order to prevent, slow down, or inhibit their decline. Further, sleeping pills—which are often prescribed to older adults—only provide a sort of sedated sleep; while you aren’t waking up throughout the night, you still aren’t getting the necessary deep sleep.

Recent studies have shown that electrical brain stimulation—where you input a tiny amount of electrical voltage into the brain—applied to young adults who were in deep sleep increased the size and quality of brain waves associated with deep sleep. Walker is hoping to try this in older adults as well. However, Walker says, there are other, less extreme methods available now, including cognitive behavioral therapy, which has shown success in treating insomnia.

And while there’s nothing we can do right now to keep from losing brain receptors as we age, we can still make an effort to get a better night’s sleep. Walker suggests small things, like avoiding caffeine after the early afternoon, sleeping in a room that’s slightly colder than what’s comfortable, and exercising consistently (but not within three hours of your bedtime). And we can rest assured that scientists are working hard on ways to treat and prevent sleep deprivation as we age.