Back in December, SpaceX and Tesla founder Elon Musk sent a frustrated tweet vowing to alleviate traffic by grabbing a tunnel-boring machine and going to work. While this seemed like the usual What If thought Musk dispatches to the Twitterverse, it seems he’s actually going into the tunnel business with his adorably-named new venture, The Boring Company. Today, the futurist released a concept video for what an underground tunnel network might look like in today’s car-focused cities.

When a vehicle drives on to a street-level sled platform, it lowers down to a subterranean network of tunnels and automatically slides the locked-in car to a high-speed track before spitting it back out to rise to its chosen destination. Pedestrians and bikers can walk into an enclosed pod and similarly rocket around below the surface. There aren’t any details or accompanying statements, but it’s certainly a novel concept given that most transportation concepts focus on efficient mass transit, not bypassing traffic-jammed freeways.

Earlier this week, a SpaceX employee posted a photo of The Boring Company’s first digging machine. The pic was removed, but Business Insider saved a screenshot for posterity: 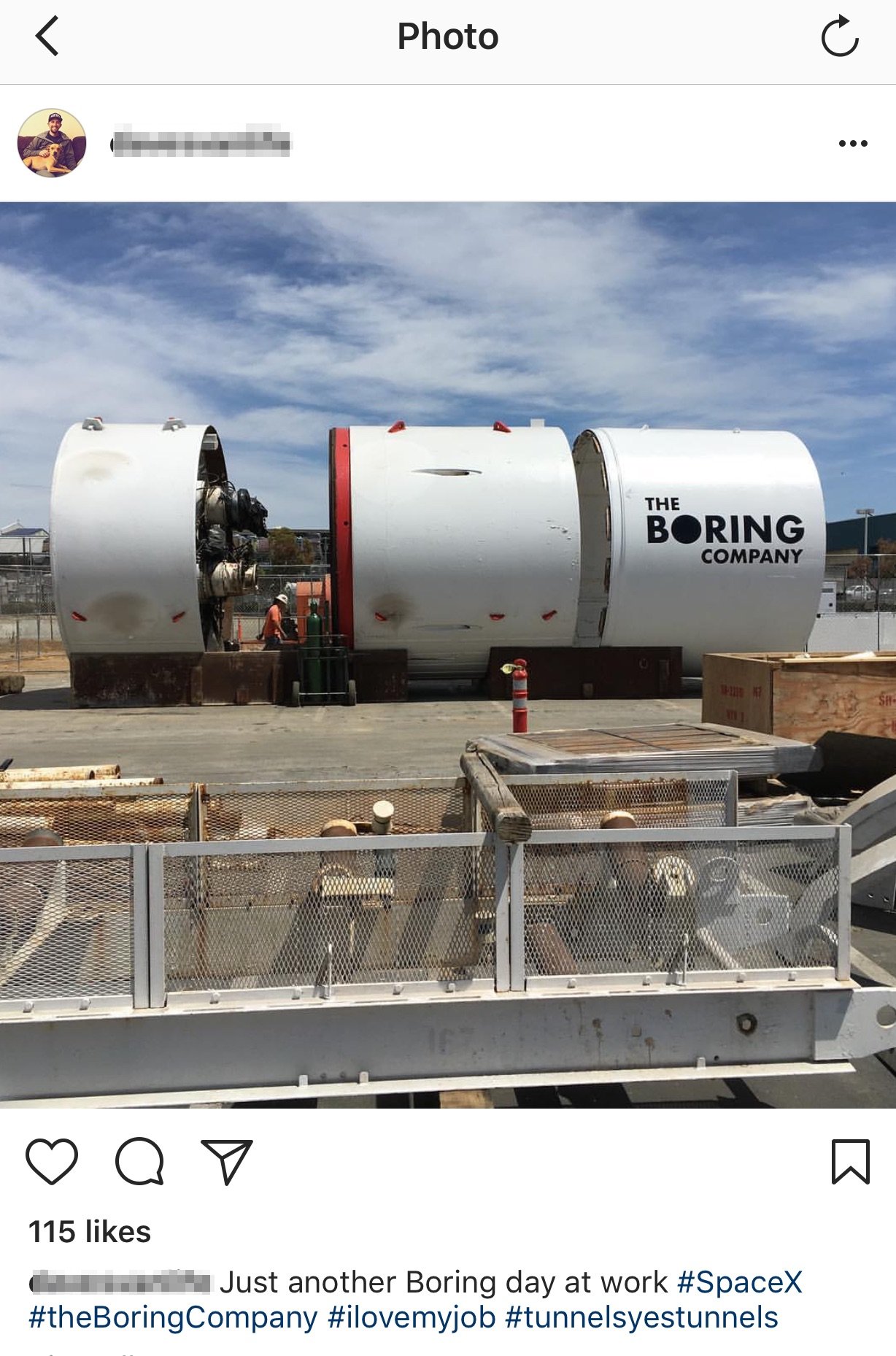 Doubling down on his tweet didn’t come out of nowhere, though. Musk began digging an experimental “demo tunnel” in the SpaceX parking lot back in February. He doesn’t need permits to dig on private company property, but he would need to get them from the city of Los Angeles should he want to dig beyond SpaceX’s campus.