In the world of watches, Graff is a nonconformist. It walks to its own beat, like a distinguished nobleman, and as a result, creates watches that are instantly recognizable. It also gives their watches something mystique, as they cater to the top of the market. As there is no such thing as an “entry-level” Graff watch, they all represent the nec plus ultra, of which this MasterGraff GyroGraff World is an excellent example.

This start with the diamond set bezel, which encircles the dial as a vibrant halo. Graff knows diamonds like nobody else, and the intricate cut-shape as well as the invisible setting as evidence of this. In most cases, the diamonds will dominate the visual experience of the watch they are set on, but not the GyroGraff World.

Three other features will fight for your attention. First, there is the feature that will try to seduce you by its motion: the double axis tourbillon. It shares the lower part of the dial with an oversized moon phase indicator, which is a 3D sculpture of this heavenly body itself. Half of it is veiled in black, the other half in a shimmering silver, showing you its current state. But the GyroGraff World also gives you an insight deeper into space. The dial features an incredibly detailed painting of an entire galaxy in the vibrant colors of Grand Feu enamel. The result is so captivating you almost forget that this watch indeed tells the time, let alone that it also features a power reserve indicator.

Make no mistake though; while being a nonconformist in terms of design, Graff does conform itself to Haute Horlogerie standards when it comes to the construction and finish of its movements, surpassing them whenever possible, but does like to innovate in terms of look and design. By being a manual wind movement, the back of the GyroGraff World is mainly a show of main plate and bridges, yet also teases with a back view of the double axis tourbillon as well as the moon phase indicator. A very pleasing geometric pattern decorated the rest of the movement, occasionally giving you a glimpse of the watch its gears, some of which are placed vertically.

In case you wondered, the price of the MasterGraff GyroGraff World is only available on request, as is the only suitable approach for the distinguished nobleman that this watch is. 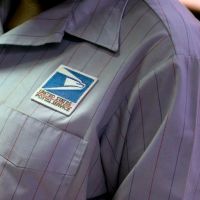