It can be hard to look for the bright side in a tragedy. But resolving tragedies often requires an immense amount of human effort, and that effort results in new knowledge. New genetic forensics techniques emerged from the identification of 9/11 victims, for example. Another tragedy, the disappearance of Malaysia Airlines flight MH370 three years ago, is starting to yield its own benefits to the scientific community.

A nearly three-year-long search for the plane ensued after the flight disappeared on March 8, 2014. MH370 has eluded search efforts, but the Australian Government has now released the incredibly detailed maps it created for the search. This effort makes the deep Indian Ocean one of the most well-mapped parts of the deep ocean, according to Eos reporting.

Search efforts for the plane included sonar, or sound waves sent by a moving ship to the seafloor and back up. The returning waves contained information about the seafloor’s shape. Some of these waves needed to travel 3.7 miles to reach the bottom, writes Eos.

The Malaysian, Chinese and Australian Governments suspended the search for MH370 this past January. But the Australian Government has now published the map data online for free, alongside a web page about how and why the data collection happened. Most of the maps show the area around the seventh arc, a curved line in the southern Indian Ocean 600 miles west of Australia at its closest that includes possible aircraft positions based on the distance the plane may have traveled after last pinging a communications satellite. The data collected covered an area of around 275,000 square miles, which is roughly the size of Texas.

On top of the incredibly detailed data, researchers have already learned more about the Indian Ocean via the maps. Findings include some new insights about the 750 mile-long undersea cliff at Broken Ridge, shown in the video below:’

The Australian Government team is processing even more of the data, including some taken by underwater vessels, and plans to release it in mid-2018. But this first data dump shows just how much large, coordinated search efforts can contribute to science. Other researchers we’ve spoken to in the past have been developing methods to locate the plane using underwater sound waves, a method that can also help predict tsunamis.

All that is to say, while folks are still hurting from MH370, the search for closure continues to bring about new science. 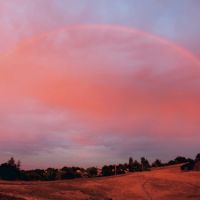 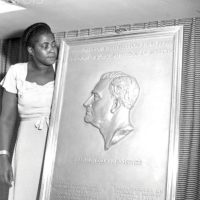