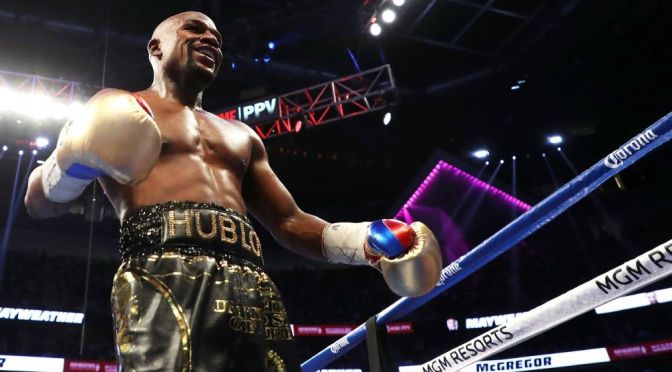 Father Time will always be undefeated, but Floyd Mayweather, who closed out his legendary career on his own terms Saturday night at T-Mobile Arena, came about close as any fighter can come.

For all you juice heads 😂 pic.twitter.com/wHgquzgqE2 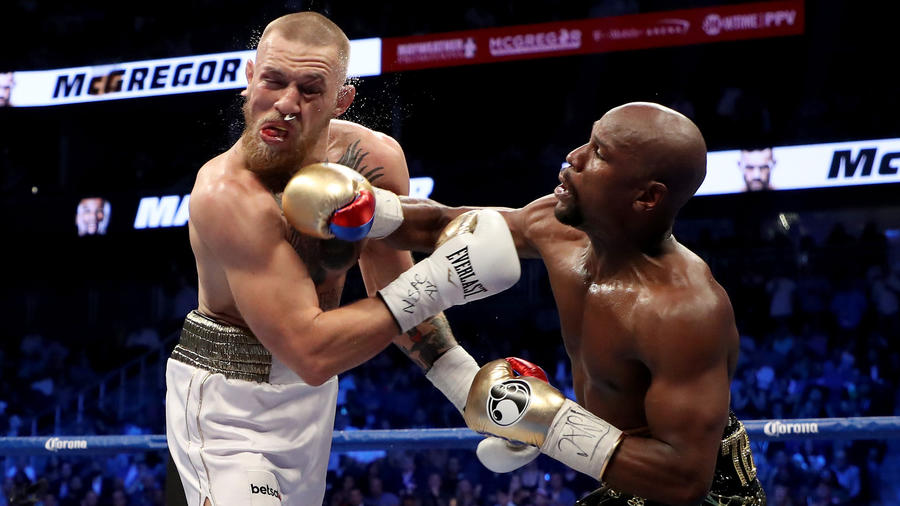 Mayweather came out of a two-year retirement at age 40 to take on UFC 155-pound champion Conor McGregor, because who wouldn’t return from a two-year layoff at age 40 to earn — when the cash register stops ringing from the fight — perhaps $300 million for one night’s work in another record-breaking event?

Mayweather put in real work, too, on his way to a 10th-round technical knockout of McGregor, a novice boxer making his pro debut in a fight that was wholly illogical — which was probably one of the reasons millions of people were so intrigued. 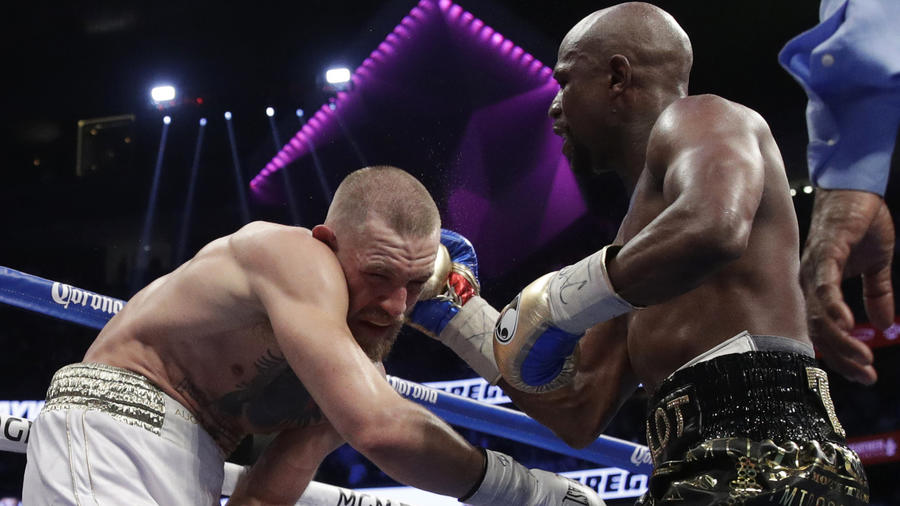 But even though Mayweather won (and easily after McGregor captured maybe three early rounds), the fact that he had any problems with McGregor whatsoever was a sign — he is no longer the fighter who dominated one star fighter after another, like Manny Pacquiao, Canelo Alvarez, Oscar De La Hoya, Shane Mosley and Miguel Cotto, to name a few.

As outstanding as McGregor is in the UFC Octagon, he is not a boxer; the fact that he even had remote success, however fleeting, against Mayweather demonstrated that Mayweather is no longer untouchable. 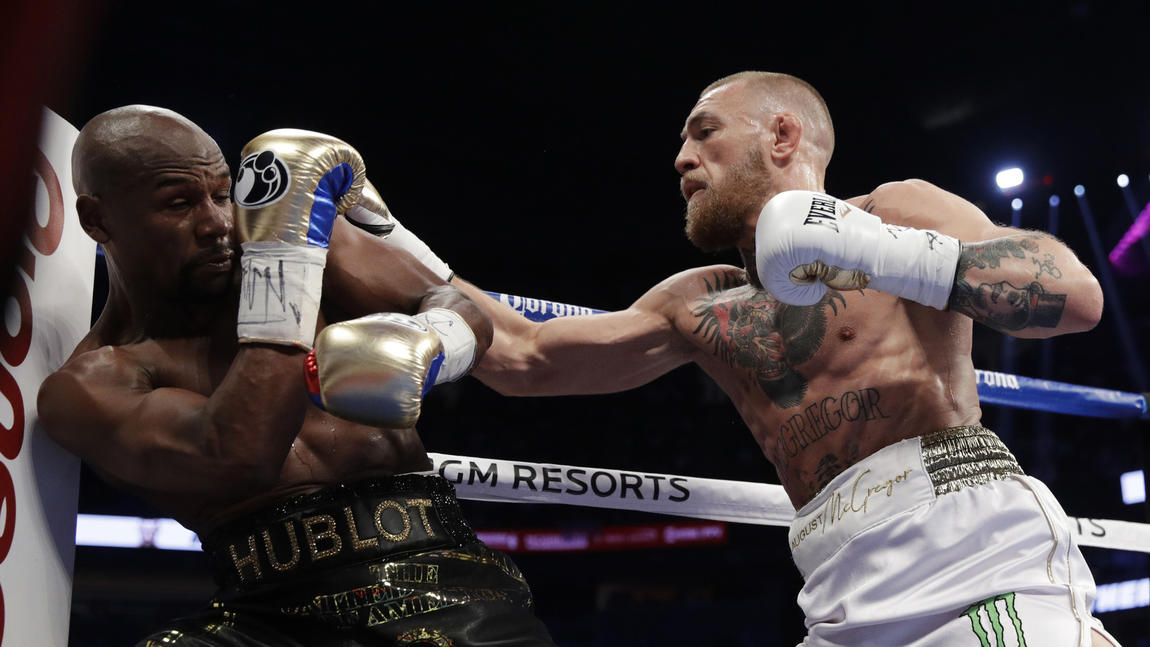 Mayweather is still a fantastic athlete and was in great condition, but he is no exception to the rule. Everybody gets old. He was, however, smart enough to realize it, electing to retire from the sport rather than the sport retiring him, which is what happens to most great fighters.

He disclosed after that fight that he cut sparring short a week earlier than usual because of his aching hands. He has had hand problems throughout his career, and he said he wanted them to be strong for the fight and to make sure he didn’t push them too hard in training. It was just another tip of the hat to age.

In the fight, for the first time in his great 21-year career, it was obvious there was some slippage in Mayweather’s game. His legs aren’t as good as they were two years ago when he waltzed into retirement after a whitewash of Andre Berto in a welterweight world title defense. He was lured out of retirement by the massive money McGregor could help him generate, but Mayweather was also smart enough to face an opponent with almost no chance to win. 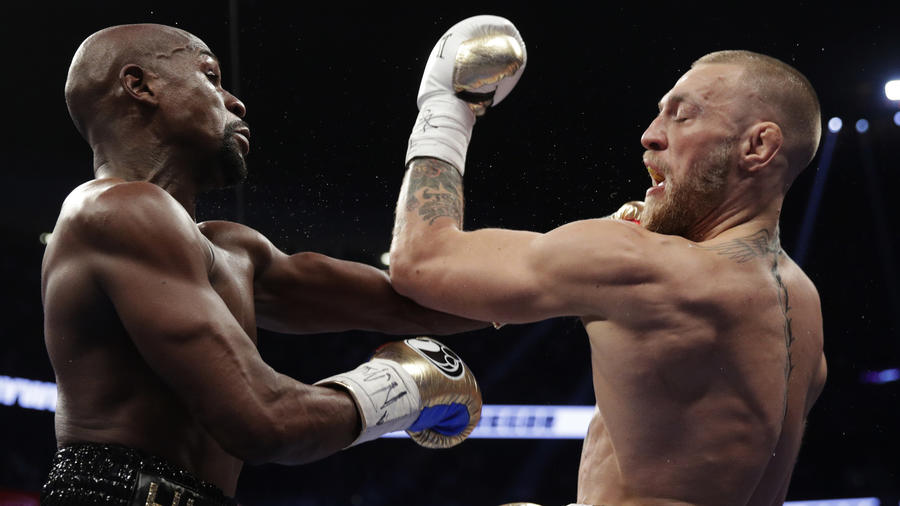 Imagine if the Mayweather in the ring on Saturday night was facing a young lion like welterweight world titlist Errol Spence Jr. Imagine if he somehow had agreed to fight middleweight monster Gennady Golovkin. Those fights would not go well for Mayweather.
But whatever elements of age have caught up to Mayweather, McGregor’s inexperience in boxing made it difficult to exploit them for very long.

Mayweather claimed his game plan was to go straight at McGregor, which he did a lot of as the fight progressed. But that is not Mayweather’s usual style. Usually, he boxes, counter punches and befuddles opponents with speed and reflexes. He said he did it because he felt like he owed boxing fans a more exciting fight after the all-time stinker that he and Pacquiao produced in their monster showdown in 2015. But that is hard to believe, given that Mayweather has fought the same way his whole career, and old dogs don’t change their spots. More likely, Mayweather was forced to stand and fight more than usual because McGregor — and age — forced him to do that on his aging legs, and there is no shame in that.

Mayweather got hit with 111 of McGregor’s 430 punches. McGregor hit him more than Pacquiao did.

In fact, according to CompuBox, nine of Mayweather’s opponents landed fewer than 100 punches in a 12-round fight — including Pacquiao, who landed 81. Think about that for a moment: McGregor, who never boxed before, landed more punches against Mayweather — perhaps the greatest defensive fighter ever — than Pacquiao.

So we got a more exciting fight than expected. That’s what often happens in boxing when fighters can’t move as well as they once did. It forces them to stand in more, and that results in more action.
Mayweather was able to get by because he had the perfect opponent in front of him and there’s nothing wrong with that. He should be saluted for being able to make vast amounts of money in a fight he had almost no chance to lose. The fight likely will put Mayweather over $1 billion in gross career earnings, so when he said he would happily return to retirement, having set up his children, grandchildren, great-great grandchildren and beyond, it’s hard envision him returning, especially after what his body and Father Time told him Saturday night.

After the fight Mayweather talked about his smart investments and business ventures that will keep him busy and earning money. He talked about Mayweather Promotions and efforts to find the next boxing superstar. He talked about maybe even becoming a boxing trainer. Whatever he does, he said he is all done in the ring, and there is little reason to doubt him. There is nothing else he can possibly do except diminish his exceptional legacy.

It’s been a busy time for boxing retirements in the past year. Bernard Hopkins finally walked away at age 51 after getting punched out of the ring by Joe Smith Jr. in his last fight. Wladimir Klitschko called it a day after being stopped by Anthony Joshua in an all-time classic heavyweight title fight. Timothy Bradley lost his last fight to Pacquiao last year and announced his retirement earlier this month, as did Juan Manuel Marquez, who won his last fight against Mike Alvarado but could not, at age 43, shake off a knee injury.
Now it is Mayweather who has joined them in retirement, healthy, wealthy and wise enough to know when enough is enough.