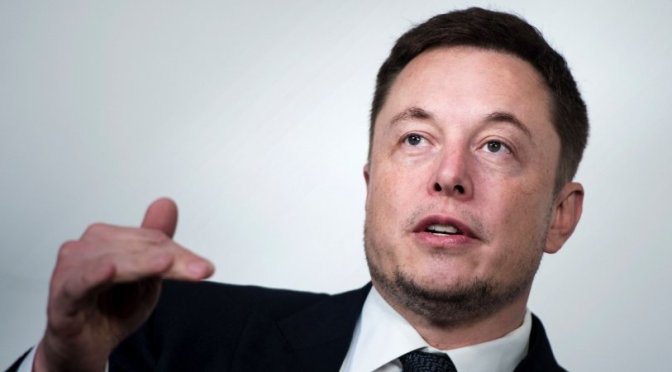 Elon Musk has one of the most incredible minds around. How did he get so smart? Of course, he was probably born gifted, and according to those who know him, he definitely reads a ton, but Musk’s brilliance isn’t all down to innate talent and a massive input of raw knowledge.

He has also learned how to learn.

If you’re going to master rocket science mid-career (after co-founding PayPal and an industry-revolutionizing electric car company), clearly you’ll need to know how to shove the maximum amount of information into your brain in the shortest possible time.

Thankfully, Musk is willing to share exactly how he does just that.

Knowledge is a tree.

In a classic Reddit AMA (that’s Ask Me Anything, for the uninitiated), a fan wanted to know what techniques Musk used to learn so much so incredibly fast. “I know you’ve read a lot of books and you hire a lot of smart people and soak up what they know, but you have to acknowledge you seem to have found a way to pack more knowledge into your head than nearly anyone else alive,” writes the curious questioner. “How are you so good at it?”

In response, Musk modestly demurs that, despite appearances to the contrary, he often feels his brain is running over capacity. Then he offers some general encouragement to readers to push themselves beyond their perceived limits. “I think most people can learn a lot more than they think they can. They sell themselves short without trying,” he insists.

But after this useful yet not earth-shattering preamble, the Tesla and SpaceX boss shares a nugget of pure learning gold:

“One bit of advice: it is important to view knowledge as sort of a semantic tree — make sure you understand the fundamental principles, i.e. the trunk and big branches, before you get into the leaves/details or there is nothing for them to hang on to.”

While the concept of the semantic tree may only be familiar to those with a computer science background (here’s a pretty good basic explainer from Quora, if you’re interested), the gist of Musk’s advice should be clear to anyone: don’t wade into the weeds of a subject before you have a conceptual framework — the main ideas and debates at the heart of the discipline — mastered.

You can’t remember what you can’t connect.

This makes sense from a memorization standpoint. After all, many memory experts note that the best way to remember something is to associate it with something you already know. If there are no mental “hooks” for new knowledge to catch on, it tends to go in one ear and out the other. (That’s why so many of us stink at remembering names and why making associations like “Mary from Alaska where my cousin lives”) hugely improves retention.) Learning the fundamentals of a subject provides just these sort of hooks.

It also makes sense from a pedagogical standpoint. As this TED talk from Khan Academy founder Sal Khan points out, a house built on shaky foundations will always turn out shaky, and the same goes for learning. Trying to master advanced details of a subject before you nail the fundamentals just produces confusion (usually followed by frustration and discouragement — hello, 11th-grade trigonometry!) down the road.

So if you want to learn faster, heed the advice of Musk and be strategic. Don’t rush into more advanced material — even if that’s what attracts you to a subject — without taking the time to master the core principles of whatever you’re studying first. Taking a little more time to nail down the essentials will actually mean faster (and better) learning overall.