We’ve already noted that Porsche is gunning for Tesla with its Mission Esports car, and has even been spotted testing it against the Model X and Model S. Now we know more about what you’ll be able to buy when it goes on the market, reportedly in 2019. Automobile reports that it will likely release three all-wheel drive versions with 300 kW, 400 kW and 500 kW (402, 536 and 670 horsepower). It’ll have a two-speed transmission and, as we’ve noted earlier, will hit 0 to 60 mph in around 3.5 seconds with a top speed of 155 mph, and go around 300 miles on a charge.

Spies have previously caught Porsche testing a Mission E mule that vaguely resembles the auto show model (below). However, it had regular doors (rather than a suicide rear door), less bulgy fenders and a front end that’s not quite so dramatic.

However, Automobile tested a version that retains all of those features and looks exactly like the show car that first appeared in Frankfurt. Based on that, it’s hard to say exactly which Mission E we’ll get when it starts production, reportedly in 2020. 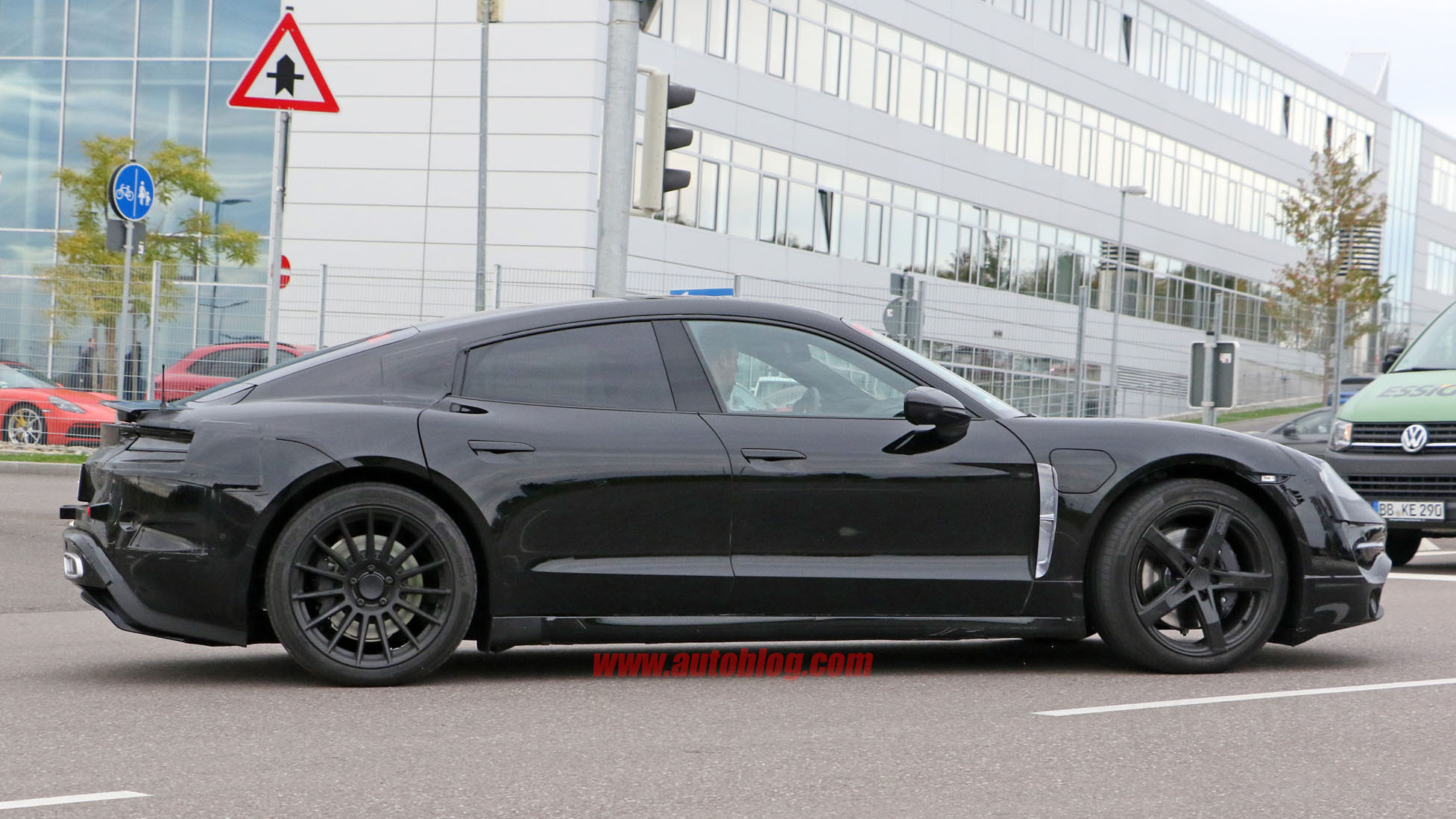 Comparisons against Tesla are tempting, but the Mission E will address a slightly different market. Thanks to the electric drivetrain, it’s bigger inside than it looks, but is still seats four and not five+2 folks like the Model S. “The production version is in essence a C-segment sedan with an almost D-size interior,” Mission E lead Stefan Weckbach told Automobile.

The concept also has a much more aggressive, nearly supercar-like profile, as well. Even if it’s relatively roomy inside, it’s more likely to attract buyers who want a roomy sports car. Tesla buyers, on the other hand, probably want things the other way around — a sedan that can go like hell if need be. Either way, you can no longer dismiss the Mission E as vaporware, as Porsche now seems to be on a mission (sorry) to get it into production.