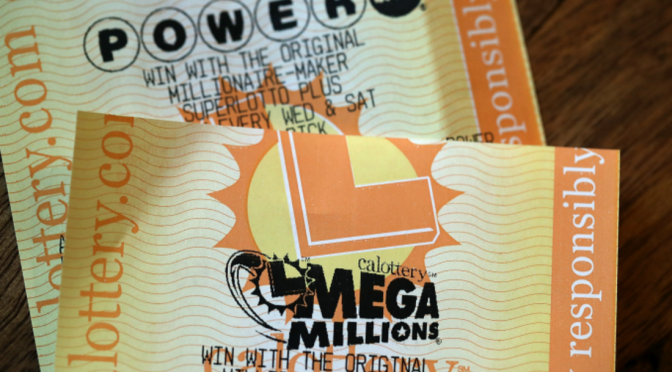 Meet Shane Missler, the insanely lucky 20-year-old who became a multi-millionaire over night.

On Friday, the Florida resident came forward to claim the $451 million jackpot from the Jan. 5 drawing, making him the sole winner of the fourth-largest jackpot in Mega Millions’ history. The Tampa Bay Timesreports Missler declined the annual installment option and chose to take his winnings in a lump sum payout of $281.2 million. So, what will he do with his newly acquired wealth? It sounds like he’ll do the responsible thing.

“I’m only 20, but I hope to use it to pursue a variety of passions, help my family and do some good for humanity,” he said, according to lottery officials.

Apparently Missler had “a feeling” he would win big after he purchased five Quick Pick tickets at a 7-Eleven, using the winnings from a scratch ticket. When he realized one of the tickets had the winning numbers—8, 30, 39, 59, 70 and the Mega Ball, 10—he called up his brother and set up a coffee date with his attorney father for the following day. He then decided to set up a trust, with him as the managing member, called Secret 007, LLC.

“Although I’m young, I’ve had a crash course this week in financial management and I feel so fortunate to have this incredible wealth and team behind me,” Missler said in his statement. “I intend to take care of my family, have some fun along the way and cement a path for financial success so that I can leave a legacy far into the future.”

Sounds like he’s taking a very sensible approach. Can’t say I’d do the same if I was a in his position at 20.

The news comes about one week after someone bought the winning $560 million Powerball ticket in New Hampshire. At this time, however, the identity of that lucky winner has not been revealed.