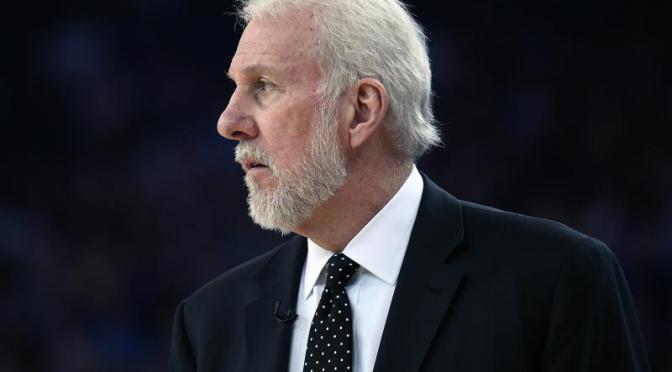 “I think it’s pretty obvious,” he told reporters. “The league is made up of a lot of black guys. To honor that and understand it is pretty simplistic. How would you ignore that? But more importantly, we live in a racist country that hasn’t figured it out yet. And it’s always important to bring attention to it, even if it angers some people. The point is, you have to keep it in front of everybody’s nose so they understand it still hasn’t been taken care of and we have a lot of work to do.”

Spurs coach Gregg Popovich on why it's important for the NBA to promote Black History Month: "We live in a racist country… And it's always important to bring attention to it, even if it angers some people." pic.twitter.com/RCCs7rSJix

Popovich espoused a similar view last February when he made an appearance on the San Antonio Express-News‘ Spurs Nation podcast (h/t For The Win’s Alysha Tsuji).

“It’s a remembrance and a bit of a celebration in some ways,” Popovich said. “It sounds odd because we’re not there yet, but it’s always important to remember what has passed and what is being experienced now by the black population. It’s a celebration of some of the good things that have happened and a reminder that there’s a lot more work to do.”

According to NBA.com’s Brian Martin, players have been sporting warmup shirts in February with a series of words that “reflect NBA players’ longstanding commitment to equality and diversity through using the game of basketball to bring people together.”

Off the floor, teams across the league are holding events in support of the African American community.