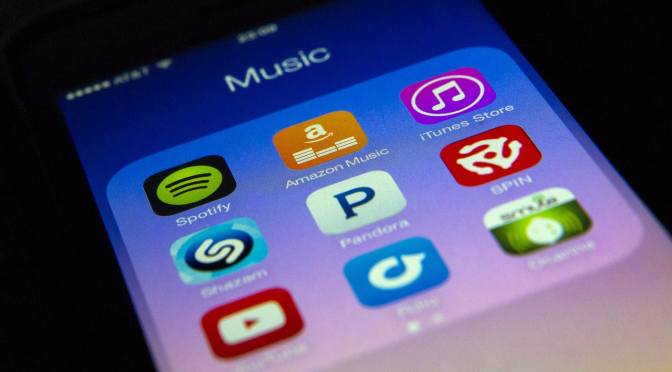 Music revenue rose 16.5 percent to $8.7 billion in the U.S. in 2017, and the majority of the increase is due to music streaming services. According to an annual reportfrom the Recording Industry Association of America (RIAA), via Wall Street Journal, it’s the second consecutive year of significant growth since 1999.

As with 2016, last year’s music revenue rise can be attributed to streaming music platforms, which represented the majority of revenue. The category includes revenue from premium subscription services offered by companies such as Spotify, Amazon, Tidal, Pandora and Apple Music as well as ad-supported on-demand streaming services like YouTube and Vevo. In 2017, streaming music platforms contributed two-thirds of the total U.S music industry revenue. Paid subscriptions were the biggest driver, bringing in more than $4 billion in revenue for the first time.

While streaming services have boosted music revenue to levels not seen in a decade, it remains 40 percent below peak levels, with digital and physical recorded music sales continuing to decrease. There was a 25 percent drop in digital downloads revenue, which came in at $1.3 billion in 2017. Although physical product revenue exceeded that of digital downloads for the first time since 2011, shipments of physical products declined by 4 percent to $1.5 billion.

In an accompanying blog post, RIAA Chairman and CEO Cary Sherman noted that while recorded music revenues have increased, “there’s still much work to be done in order to make this growth sustainable for long term.”

Sherman cited a “value gap” when it comes to how artists are paid. “The playing field remains unfairly tilted at the expense of the creators and digital music services, resulting in a ‘value gap,’ the gulf between the amount of music being consumed and the compensation that platforms return to music creators for exploiting music,” he said. “The economic consequences are real and increasingly documented by leading academics.”

He added that terrestrial radio doesn’t pay artists and labels for commercial use of their music and that SiriusXM “pays under a below-market standard set more than 20 years ago.”

The RIAA is supporting proposed reform legislation in Congress that would “modernize music licensing for the benefit of songwriters, recording artists, producers and digital music services alike,” Sherman said.