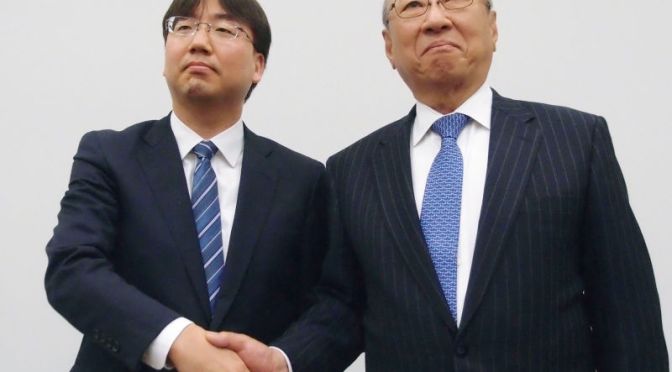 Nintendo’s next president likes Golf Story, lived in Germany for 11 years, and has a famous dad.Last week, as it reported its (stellar) results for the previous fiscal year, Nintendo announced that its current president Tatsumi Kimishima, who assumed office in 2015 following the death of Satoru Iwata, would step down and be replaced with Shuntaro Furukawa, a Nintendo executive who has been with the company since 1994 and serves on its board of directors.

Pending the approval of the company’s shareholders, Furukawa will assume office on June 28, with Kimishima staying on as an adviser. Nintendo has had very few presidents since its founding back in 1889 as a playing-card company; Furukawa is only the sixth to take the helm.

Furukawa is a “very nice guy” who “gets how [the] industry is changing,” one game industry source who has met with him many times over the years told Kotaku. The incoming president realizes, he said, that games-as-a-service models and mobile games are becoming increasingly important and that Nintendo isn’t making as much money as it could be in those areas. “It’s clear he wants to fix mobile,” said the source, “and hence the Cygames deal” in which Nintendo will partner with the massive Japanese mobile game maker to release a free-to-play RPG called Dragalia Lost this summer.

It remains to be seen whether Furukawa will put himself in the public spotlight in Nintendo Direct videos and on-stage appearances, as Iwata did, or take a more behind-the-curtain role as did his immediate predecessor. It may be a bit early to tell, but if you ask me, I’d say we’ll see a lot of Furukawa in the years to come. Here’s what we know about Nintendo’s next president so far.

Of all nine current members (all men) of Nintendo’s board of directors, the 46-year-old Furukawa is the only one born in the 1970s or later. The appointing of a young president is actually not that strange for Nintendo, though. Satoru Iwata assumed control of the company at just 42 years old in 2002. And he wasn’t even Nintendo’s youngest president—Hiroshi Yamauchi took over his family’s business when he was just 22. What’s interesting about Furukawa is that he’s the first Nintendo president who is younger than video games. And that means…

“I grew up playing the Famicom and come from that generation,” Furukawa said at a news conference last week, as quoted by the Wall Street Journal. “Now as a member of management with Super Mario’s creator Shigeru Miyamoto, I have a lot of respect for him.”

Sure, it’s tough to imagine any Japanese kid born in the 70s or 80s not growing up playing the Famicom, the Japanese version of the Nintendo Entertainment System. But apparently Furukawa never quit. “I have to ask him many numbers-related questions, but there have been so many times in the past when I ended up spending so much time chatting about games,” one analyst told the Journal. When asked at the conference what games he enjoys, Furukawa didn’t just toss off the names of Nintendo’s big hits—he actually name-checked the cult indie hit Golf Story (which is even less well-known in Japan than it is here). That’s a gamer right there.

A graduate of the prestigious Waseda University, where he studied political science and economics, Furukawa spent 11 years working at Nintendo of Europe’s headquarters in Germany. There, reported the Nikkei Shimbun, he played a major part in the success of the Wii in Europe, which is where he began to make his mark inside the company. An analyst speaking with Bloomberg said that Furukawa was “fluent” in English, which was likely a prerequisite for the job. (Current president Kimishima spent many years as the president of Nintendo of America.)

His dad is the animator Taku Furukawa.

Furukawa’s father Taku is a well-known illustrator and animator, who has created many acclaimed short films that have won numerous prizes at animation festivals. (1980’s Speed is a good example of his work.) He has won multiple awards from the Japanese government for his contributions to the arts, and is currently the head of the Japan Animation Association—the post originally filled by “god of manga” Osamu Tezuka.

Even though the younger Furukawa ended up being great with numbers and thus following a finance track through his career at Nintendo, the Nikkei notes that Shuntaro, like his dad, had a creative bent too—he originally wanted to be a writer. It seems, the Nikkei story read, that his balance of creative and analytical strengths were what made Kimishima think he might be a worthy successor.

He’s the first president to take the reins while Nintendo was in a period of success.

When Hiroshi Yamauchi took over from his grandfather in 1949, the company was still small and focused on playing cards, and workers were on strike. When Satoru Iwata came on board in 2002, the company was in the midst of the GameCube doldrums and public perception was that it had permanently lost its position in the market. And Kimishima accepted the job while Wii U was doing worse than any Nintendo home platform ever had.

So Furukawa is the first top executive in maybe a hundred years to inherit a Nintendo that’s operating at peak performance. Nintendo has sold a whopping 17 million Switches since launch, and plans to sell another 20 million in the year to come. The latest entries in the Mario and Zelda series are both being hailed as some of the greatest ever. Furukawa is likely to enjoy a very successful first few years in the top office even if he does nothing.

Then again, if and when Nintendo’s fortunes do take a downfall, the new guy will be in the hot seat. That’s when his mettle will be tested—will Furukawa be able to lead the company to another Wii, another Switch, another innovation that changes the way we play? “I will balance Nintendo’s traditions: originality and flexibility,” said Furukawa, as quoted by Bloomberg.

One more quote in the Journal sounded just like it could have come right out of the mouth of the straight-shooting Yamauchi or Iwata: Nintendo “should focus on things that only we can provide,” he said. “Otherwise Nintendo would lose a reason to exist.” 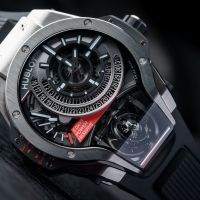