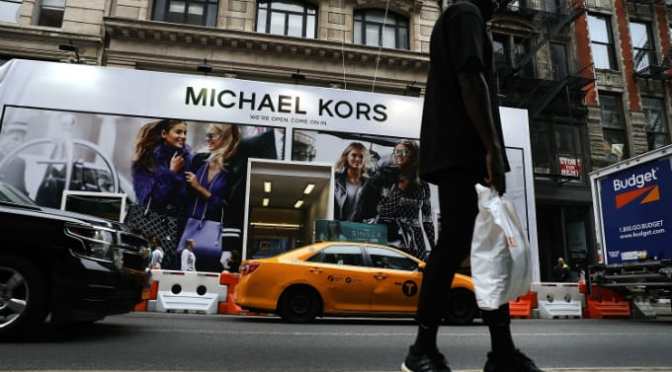 Michael Kors had a couple billion dollars to spare, so the company has decided to purchase Versace.

The more-than-$2 billion deal was reported by the Associated Press Tuesday. According to the report, Kors will retain his role as chief creative director for the namesake brand, while the newly expanded Michael Kors Holdings Ltd. will now be known as Capri Holdings Ltd. With Versace touted as a “key engine of growth” in a conference call Tuesday, Capri is now predicting annual sales in the neighborhood of $8 billion.

“This is a very exciting moment for Versace,” Donatella Versace, who retains her 20 percent stake and a creative director role, told AP Tuesday. The Versace family as a whole will retain 80 percent control of their namesake company.

The $2 billion price tag, as Michael Kors CEO John Idol explained, is indicative of what they believe Versace alone will bring to the Capri table in the future. “We believe that the strength of the Michael Kors and Jimmy Choo brands, and the acquisition of Versace, position us to deliver multiple years of revenue and earnings growth,” Idol said. Kors spent just over a billion on Choo last year.