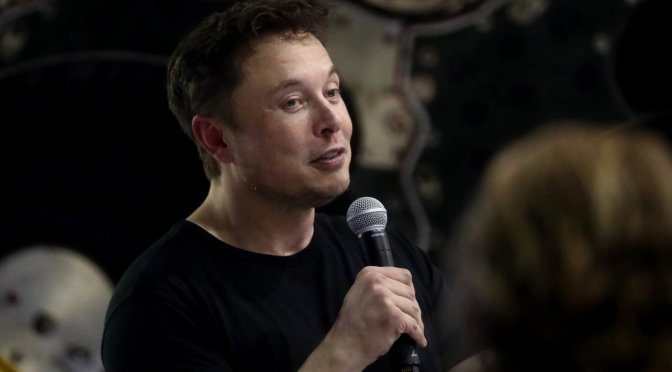 If it weren’t for immigrant entrepreneurs, many of America’s most valuable startups–names like Uber, WeWork, and SpaceX–would not exist.

More than half of the privately held U.S. companies founded over the past two decades with a valuation of at least $1 billion were started by at least one immigrant entrepreneur, according to a new report from the National Foundation for American Policy, a nonprofit, nonpartisan research organization based in Arlington, Virginia. Of the 91 billion-dollar, venture-backed businesses the group studied, 50 have a founder originally from outside the United States.

“The research shows the increasing importance of immigrants in cutting-edge companies and the U.S. economy at a time when government policies are directed toward restricting all forms of immigration into the U.S.,” said Stuart Anderson, executive director of the NFAP, in a statement. The Trump administration scrapped an Obama-era rule that would have made it easier for entrepreneurs to move to the U.S to launch businesses, while requirements for H-1B visas, granted to highly skilled foreign workers, have tightened.

“Each founder in a successful startup makes a special contribution, which means none of these companies would likely have been created or be in the U.S. if the foreign-born founder had not been allowed to come to America,” Anderson said.

The 50 immigrant-founded unicorn startups have a combined value of $248 billion, according to the report, and have created an average of 1,200 jobs each. Several of them are also among the most valuable private companies in the nation, according to PitchBook’s latest data. Uber, co-founded by Canadian Garrett Camp, has the highest valuation of any VC-backed company in the U.S., at $72 billion. SpaceX, which is valued at $24.7 billion and was founded by South African-born Elon Musk, is third on that list. In all, six of the 10 most valuable startups in the U.S. have an immigrant founder.

According to the NFAP report, more than 80 percent of the unicorn startups in the U.S. have an immigrant employee in a key position responsible for the company’s growth and innovation, including roles such as CEO, chief technology officer, or vice president of engineering. Further, 20 of the 91 startup unicorns have a founder who first came to the U.S. as a student (as Musk did), while three of the immigrant founders came to the country as refugees.