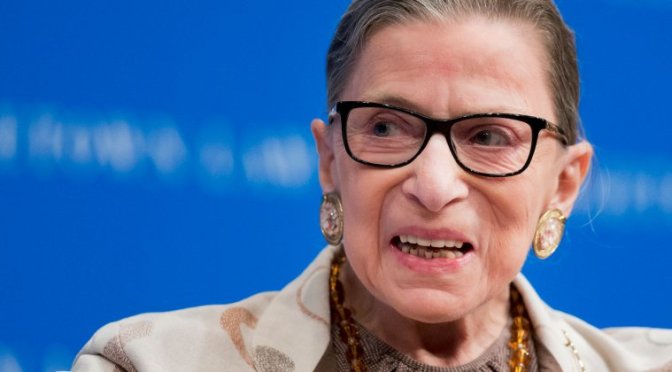 Supreme Court Justice Ruth Bader Ginsburg fell in her office on Wednesday, which resulted in three broken three ribs, according to a statement from the court’s public information office.

After her fall, she went home, per the statement. But after experiencing “extreme discomfort overnight,” Ginsburg went to George Washington University Hospital on Thursday morning, where test results showed that she had broken three ribs on her left side.

Breaking: Justince Ginsburg broke three ribs in a fall last night, per the Supreme Court. She went to the hospital this morning and was admitted “for observation and treatment,” the public information office adds. pic.twitter.com/vu7udRwoMs

Ginsburg, 85, has since been admitted to the hospital. According to the statement, released Thursday morning, she is being held “for observation and treatment.”

While in the hospital, Ginsburg will miss a scheduled Thursday-morning meet and greet with the other Supreme Court justices, President Donald Trump, and the first lady, Melania Trump.

This is not the first time Ginsburg has broken ribs. In June 2012, he fell and broke two ribs. The justice, then 79, told Reuters through her spokeswoman Kathleen Arberg that she “followed her schedule as usual” while injured.

“She indeed did not skip a beat and did not feel it rose to a serious health concern,” her spokeswoman said.

Ginsburg has previously survived bouts of colon and pancreatic cancer.