Eric Holder, the alleged murderer of Los Angeles rapper Nipsey Hussle, has formally requested the prosecution to provide all evidence of past criminal investigations on Nip, The Blast reports. Holder’s attorney filed the request on Tuesday, hoping that the evidence will help the case of his defendant. END_OF_DOCUMENT_TOKEN_TO_BE_REPLACED 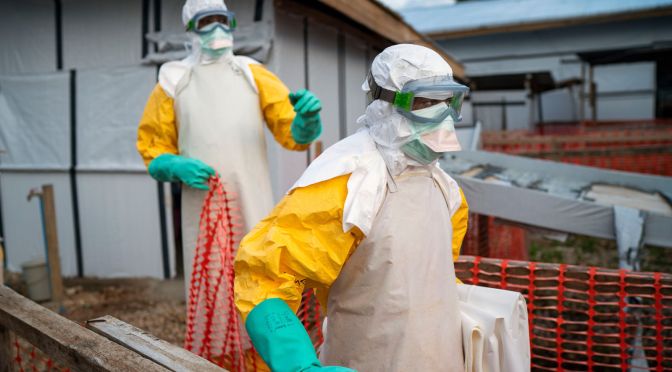 The World Health Organization (WHO) announced this week that it has elected to declare the Ebola outbreak in the Democratic Republic of Congo a “public health emergency of international concern,” a decision that comes nearly a year after the outbreak was first declared and after the infection of thousands of people. END_OF_DOCUMENT_TOKEN_TO_BE_REPLACED

While we wait for Neuralink to present the progress it’s made over the last couple of years in brain-computer interface technology, the New York Times has already published information from an early briefing and it’s stuff that’s straight out of science fiction. The Elon Musk-backed company claims its “sewing machine-like” robot can implant threads deep into a human brain. END_OF_DOCUMENT_TOKEN_TO_BE_REPLACED

Creative professionals know all-too-well that it often takes the exact right mix of elements to spark a big idea and the motivation to bring that idea to life. Without everything in place, the entire creative process can suffer. END_OF_DOCUMENT_TOKEN_TO_BE_REPLACED

A staggering 2 billion people around the world don’t have enough nutritious food to eat, and climate shocks like drought, heat waves, and extreme rainfall have played a large role in their plight, according to a new United Nations (UN) report. At the same time, the world also has an increasing number of people who are becoming obese, showing that our food system is bifurcating at the seams into the have-too-muches and the have-nots. END_OF_DOCUMENT_TOKEN_TO_BE_REPLACED