When we talk about a brand like Roger Dubuis, it is challenging to put their position within the market in words. Perhaps the most appropriate term is that of ‘traditional innovator.’ The brand is thoroughly grounded in the traditions of Swiss watchmaking, yet utilizes them to take the next step on the evolution ladder. A clear example of this is the new Excalibur Twofold, which introduces us to several novelties. 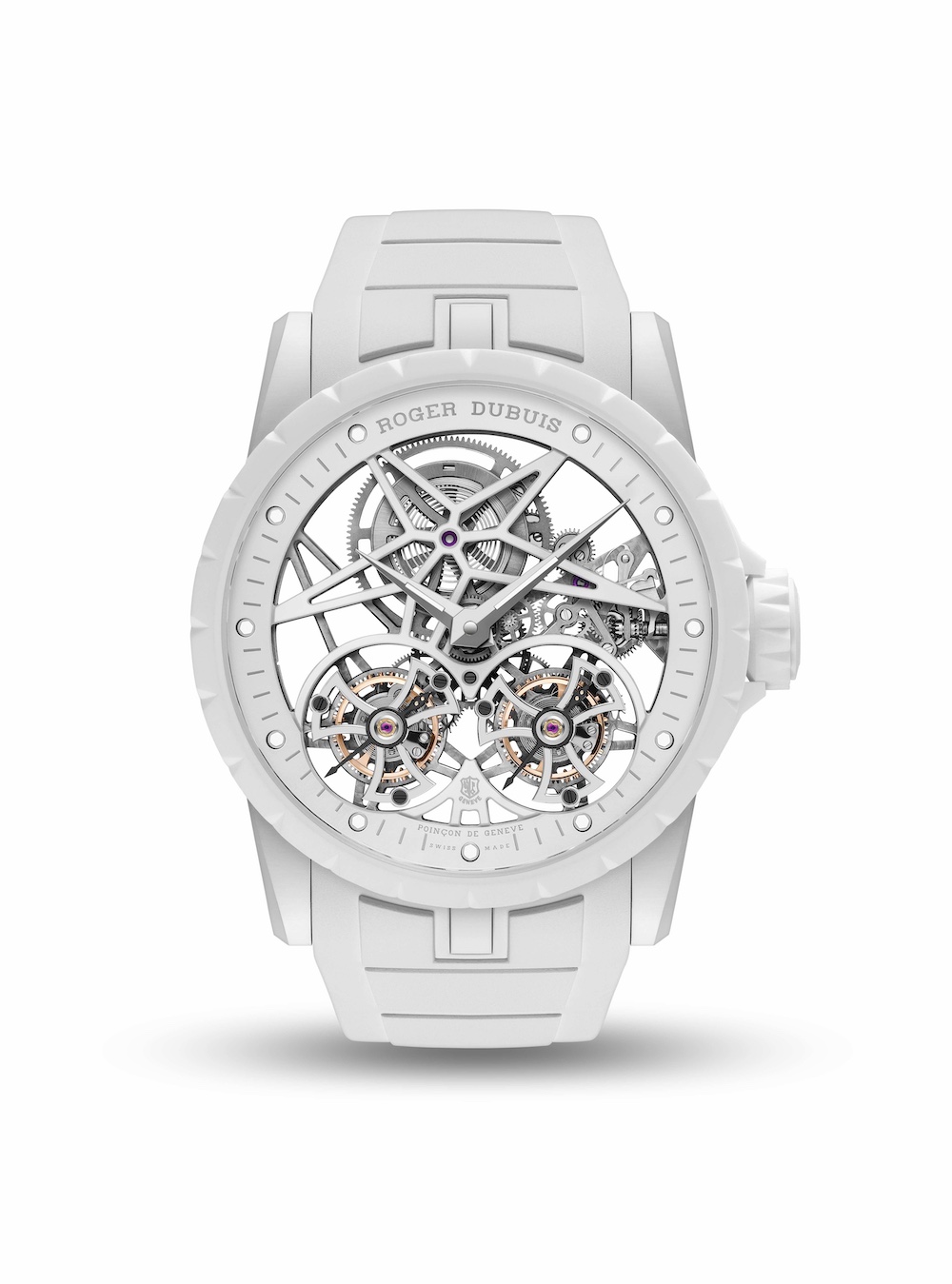 The case and bezel of the new Roger Dubuis are made from Mineral Composite Fiber (MCF). This material consists out of 99.95% silica and not only has an ultra-white color, but also a satin-like finish, which gives it a unique appearance. Roger Dubuis makes this material by layering thin sheets of the quartz and combine it with an epoxy to which a white coloring agent is added. The material is shaped using a method called Sheet Molding Composite (SMC), after which the raw shape of the case is milled. They also used the material to outline the double tourbillon and the star bridge of the skeletonized movement. This brings the vibrant white color also into the complicated caliber, which still bears the prestigious Geneva Seal, as a testimony of its traditional pedigree. 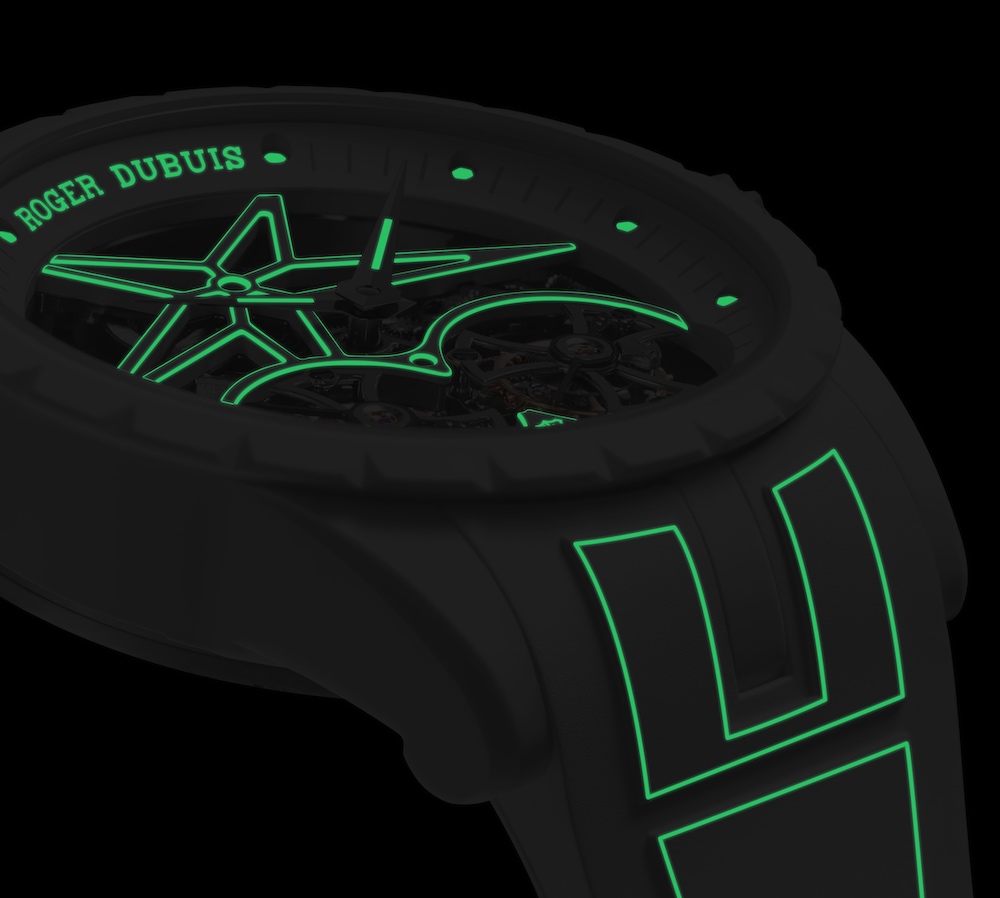 While the Excalibur Twofold is already a stunning creation during the daytime, it also has a few surprises for the night. The movement parts, outlined by the Mineral Composite Fiber, light up thanks to a special Super-LumiNova, which lasts 60% longer. The final novelty is the strap. It is made from a specific type of rubber, on which Roger Dubuis applied a technology called “LumiSuperBiwiNova™.” This makes parts of the strap also glow up in the night, forming a perfect match with the watch itself. 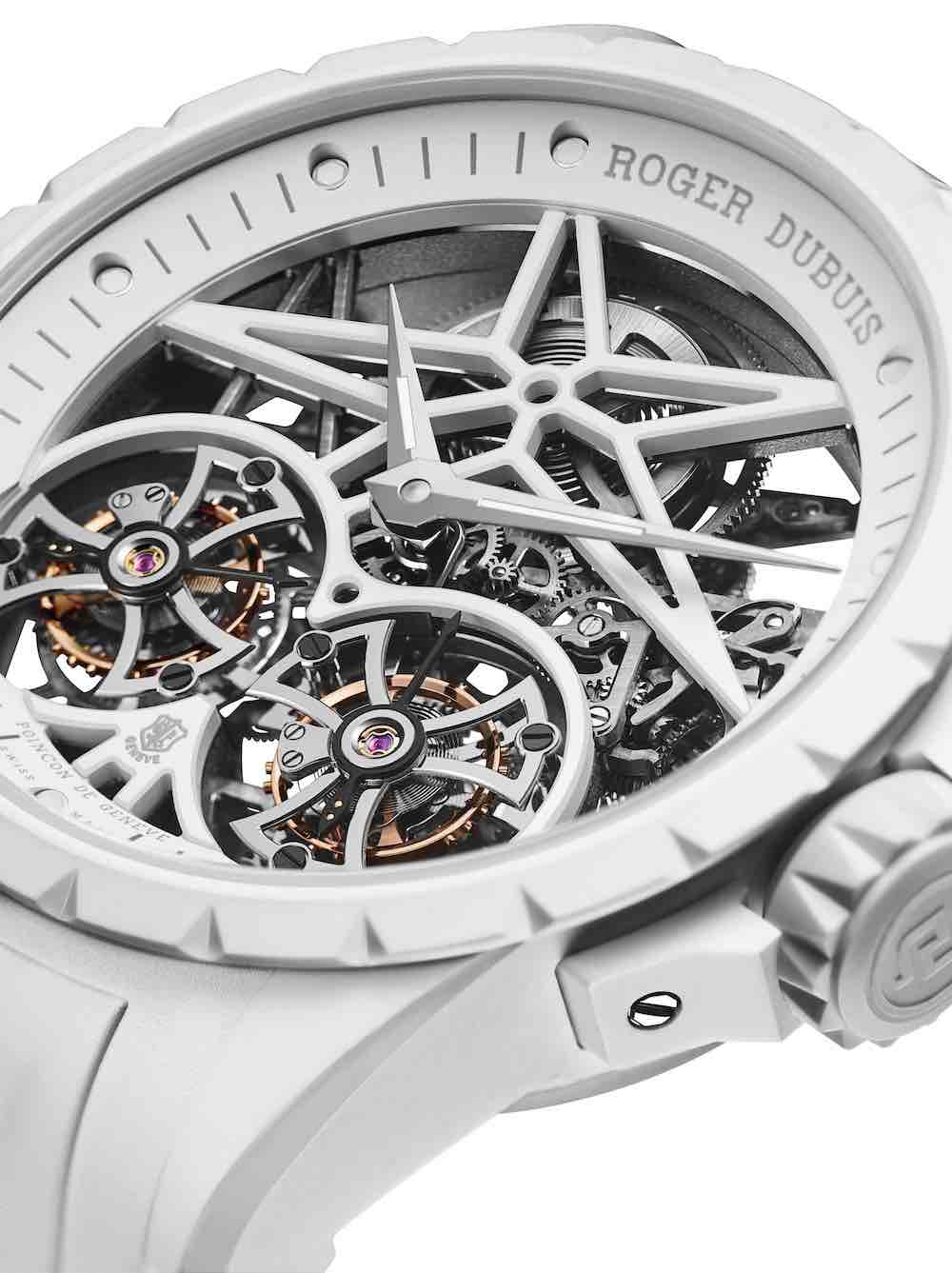 The Roger Dubuis Excalibur Twofold will remain extremely rare, as the brand will only make eight of them. However, with this watch, they have only just begun to show us the technical potential of the Mineral Composite Fiber, so their quest for innovative aesthetical and technical excellence with this material will most likely be continued in the future.