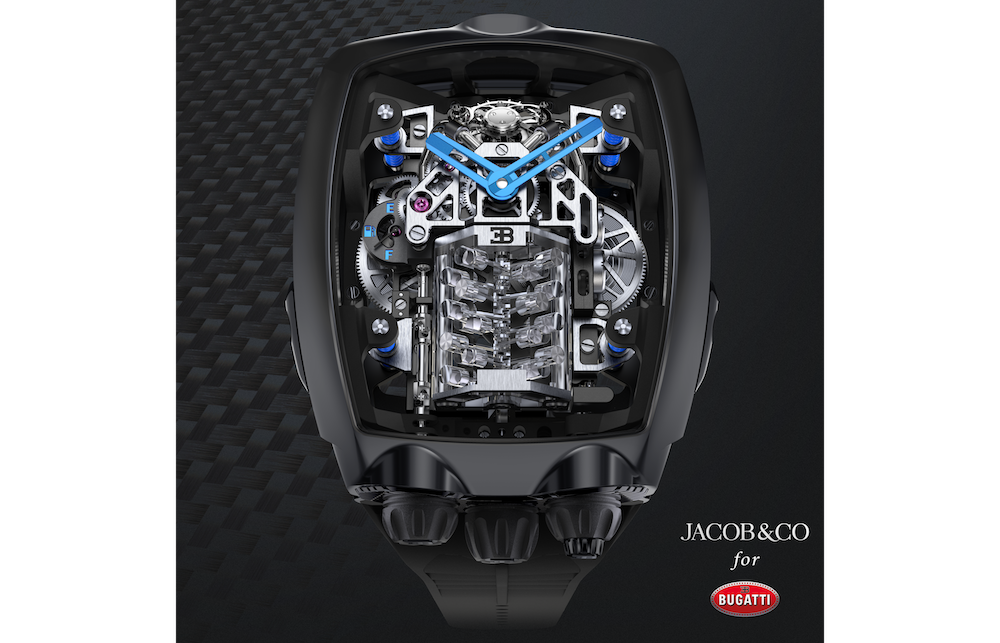 It is born out of the multi-year partnership between Jacob & Co and the iconic car brand and inspired on the formidable 16-cylinder engine that propels the Chiron, one of the most powerful cars in the world. To really make the engine come to life has Jacob & Co created a whole new complication. Prominently located in the lower half of the watch, we find an engine-block with 16 cylinders, just as many as its real-life counterpart. Jacob & Co crafted it from sapphire crystal so that we can admire each piston, which is, in turn, connected to a driveshaft. The far-right pusher on the bottom of the watch activates the complication, after which the engine actually starts to run. This makes each of its pistons move in rapid succession and the two ‘turbochargers’ on the side of the movement to start spinning. 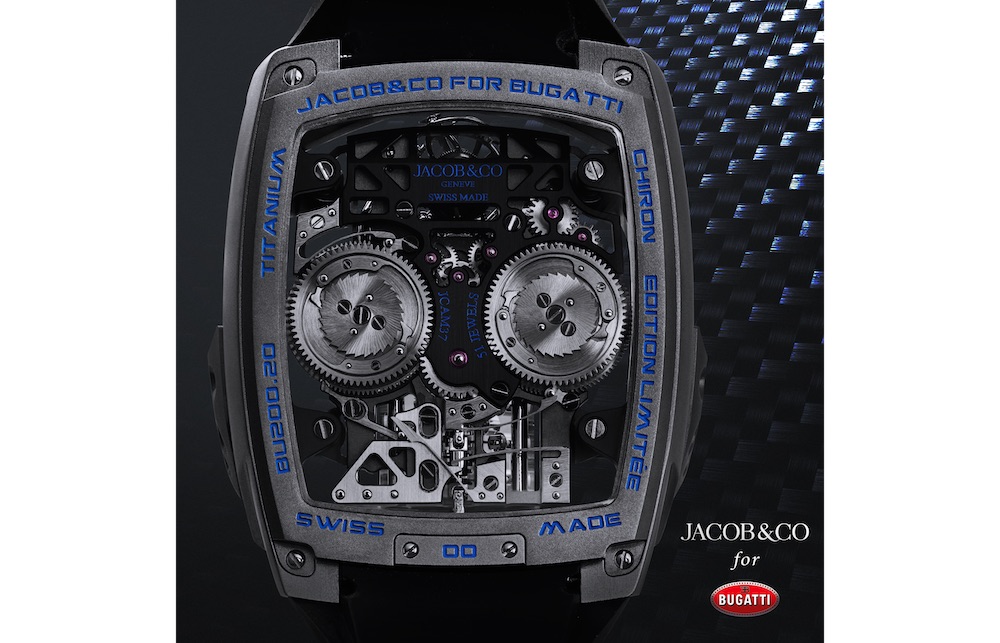 It is almost a magical sight to see this little engine run on your wrist.  Jacob & Co used 578 parts to make this extraordinary movement, which also includes a 30° inclined tourbillon, as well as a power reserve indicator at the nine o’clock position. Four ‘shocks’ suspend the entire caliber, not only tying it even more to its automotive counterpart but also to increase its resistance to shocks. This offered quite a challenge in the development, as this watch uses three ‘crowns’ which need to be able to handle the motion of the movement. For this, Jacob & Co developed a transverse system that they also patented. 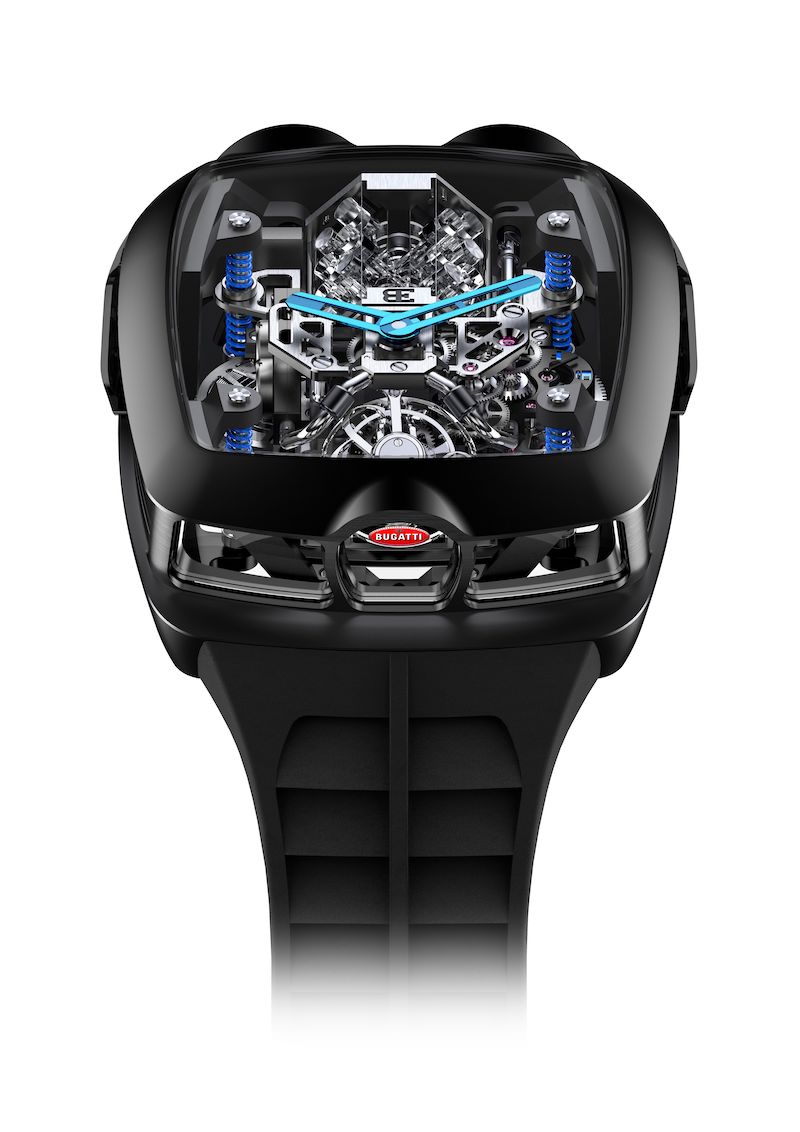 The left crown is used for setting the time, while the middle crown winds both the mainspring for the movement, as well as that of the animation. When fully wound, the caliber has a power reserve of 60 hours. The crown on the right is, in fact, a pusher that starts the ‘engine.’ The watch is housed in a titanium case measuring 54 by 44mm. On the front, it is shaped like the famous radiator of Bugatti, allowing you to peek at the 30° inclined tourbillon. The Jacob & Co Bugatti Chiron Tourbillon will take its place in the Bugatti collection of the brand, next to the Twin Turbo Furious and the Epic X Chrono, which were released at the beginning of the partnership in 2019. The Bugatti Chiron Tourbillon retails for $280,000