Quaker Oats is retiring the more than 130-year-old Aunt Jemima brand and logo, acknowledging its origins are based on a racial stereotype.

“As we work to make progress toward racial equality through several initiatives, we also must take a hard look at our portfolio of brands and ensure they reflect our values and meet our consumers’ expectations,” the Pepsi-owned company said in a statement provided to CNN Business.
Aunt Jemima’s appearance has evolved over time. The brand’s origin and logo is based off the song “Old Aunt Jemima” from a minstrel show performer and reportedly sung by slaves. The company’s website said the logo started in 1890 and was based on Nancy Green, a “storyteller, cook and missionary worker.” However, the website fails to mention Green was born into slavery.
The news was first reported by NBC News. 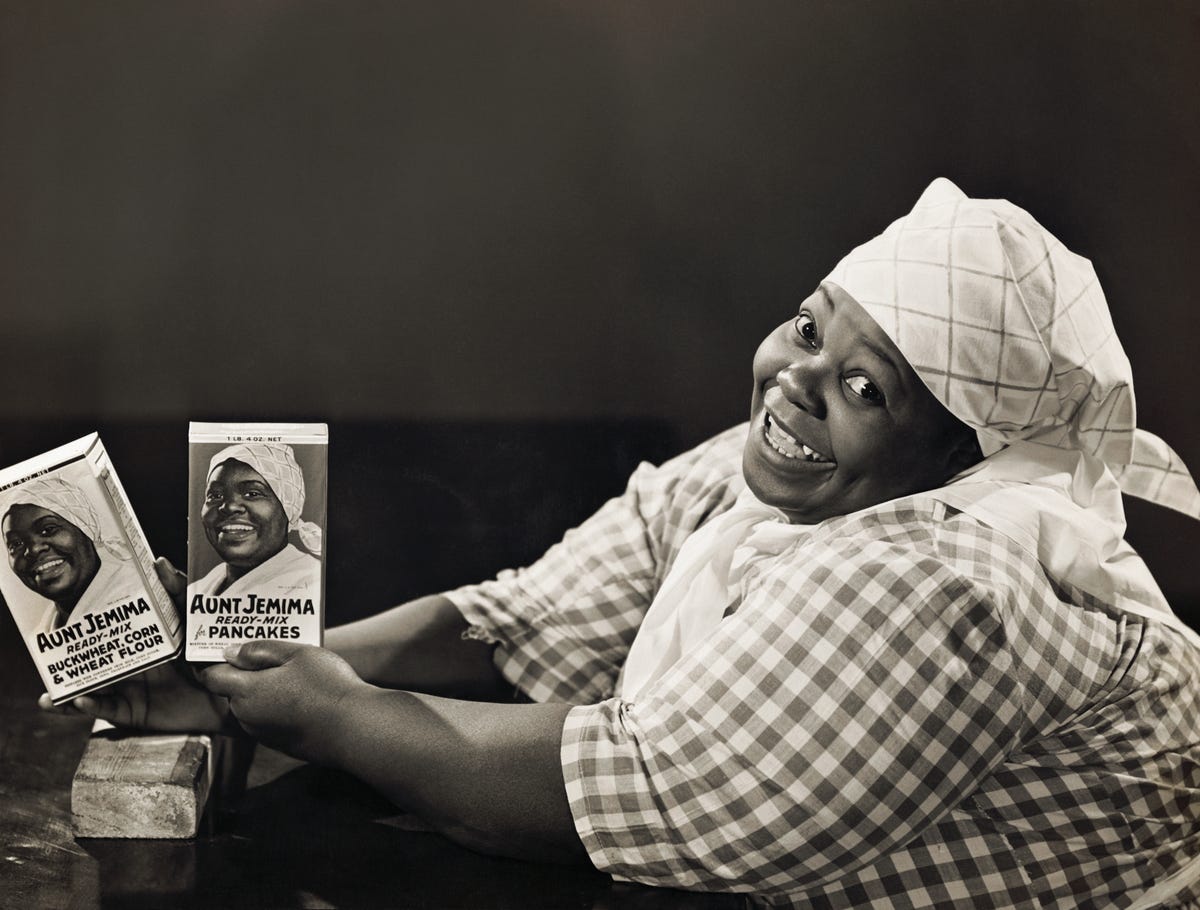 After a nationwide reckoning on race following the death of George Floyd in police custody, some companies are making changes.
Uncle Ben’s owner Mars also said Wednesday that “now is the right time to evolve the Uncle Ben’s brand, including its visual brand identity, which we will do,” adding that “we don’t yet know what the exact changes and timing will be, but we are evaluating all possibilities.”
And Conagra, which makes Mrs. Butterworth’s, said it will conduct a complete brand and packaging review on the syrup brand. Conagra noted it “can see that our packaging may be interpreted in a way that is wholly inconsistent with our values.”
There have been repeated calls for Aunt Jemima to change its logo. In a 2015 opinion piece published in The New York Times, Cornell University professor Riché Richardson said the logo is “very much linked to Southern racism.”
Richardson said the Aunt Jemima logo is based on a “‘mammy,’ a devoted and submissive servant who eagerly nurtured the children of her white master and mistress while neglecting her own.” A statue of a slave mammy stereotype was approved by the US Senate in 1923, but it was never built.
The company also ran racist ads for several decades, with actresses personifying the mammy stereotype. It evolved the logo over the years, and even hired singer Gladys Knight as a spokeswoman in the 1990s. Today, Aunt Jemima describes itself as brand that stands for “warmth, nourishment and trust — qualities you’ll find in loving moms from diverse backgrounds who want the very best for their families.”
In 2017, the husband of the late B. Smith called on the company to change it and said it was the epitome of “female humiliation.”
“While work has been done over the years to update the brand in a manner intended to be appropriate and respectful, we realize those changes are not enough,” Quaker Oats North America chief marketing officer Kristin Kroepfl said in the statement.

Pepsi (PEP) hasn’t yet revealed a new logo or brand name for the breakfast items. That will debut in the fall. The Aunt Jemima brand was purchased by Quaker Oats in 1926. PepsiCo bought Quaker Oats in 2001.
Aunt Jemima brand will donate $5 million over the next five years “create meaningful, ongoing support and engagement in the Black community.” Earlier this week, Pepsi announced a $400 million set of initiatives to support the black community.